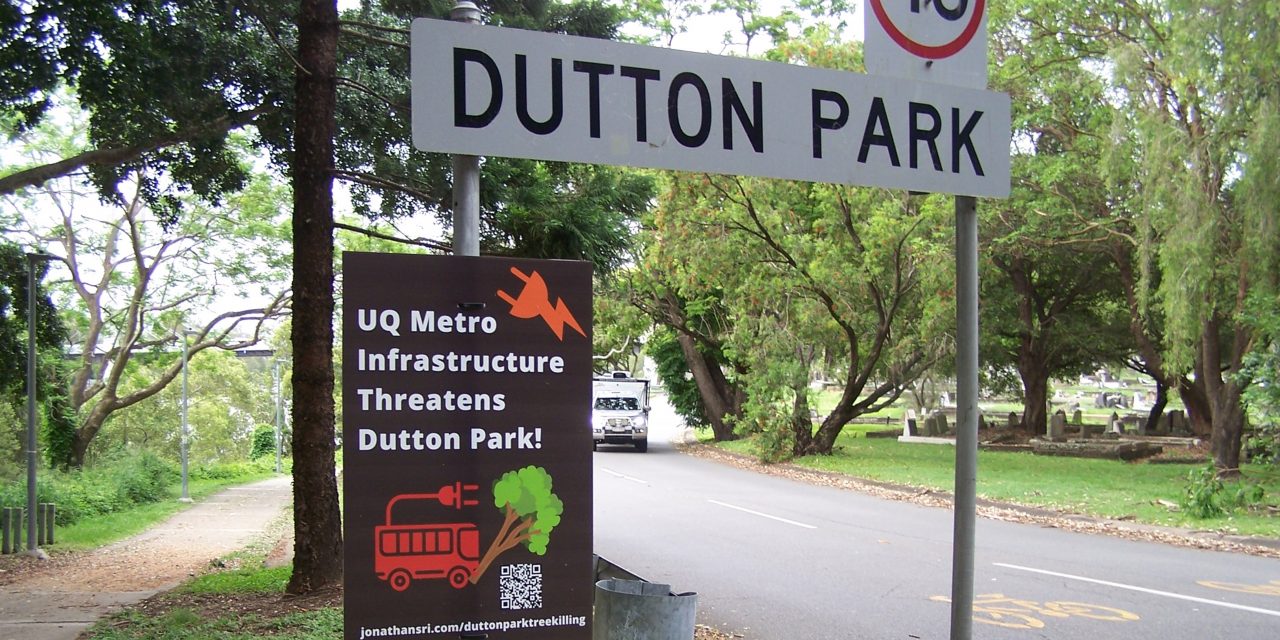 The good news for global warming is that Brisbane City Council will electrify its Metro bus system. Construction has already started on the charging stations needed throughout the system to complement the central charging infrastructure at bus depots.

Residents and those who use the parklands at Dutton Park, say the bad news is that the University of Queensland has refused to allow installation of any charging equipment on their side of the Eleanor Schonell Bridge, where several bus services terminate.

Brisbane City Council says on its website that the infrastructure for the new Metro will require the use of a small area within Dutton Park Recreation Reserve, near the Eleanor Schonell Bridge and TJ Memorial Drive, to house the charging infrastructure.

The Westender understands that the batteries will be charged from mains power. A transmission line will run from the charging station along the Eleanor Schonell Bridge to the UQ Lake bus terminal, where the buses will recharge.

Frank Jordan, who created a butterfly garden in the park, is concerned about the loss of precious parkland and trees and considers it more logical for the charging station to be housed at the University.

“Road access to the charging station would need to be provided and this will use up a lot of extra parkland,” he said.

Mr Jordan said the park had benefited from community involvement over many years. “Firefly Gully”, next to the old scout den, was initially re-vegetated by radical students and staff from UQ in the 1970’s.

“In the early 2000’s a Bushcare group formed by a collaboration of the local scout group and the Butterfly and Other Invertebrates Club, and they re-vegetated the area with under-story butterfly host plants. Fireflies can occasionally be seen there at the right time of year,” Mr Jordan said.

Three years ago, the area under the bridge was cleared of weeds and replaced by the butterfly and bush tucker wetland.

“It is an inspiring example of how suburbia can be modified to enhance native biodiversity. It will be significantly reduced in size by being overshadowed by the station.”

Birds Queensland now occupies the old scout den, and Mr Jordan said a pair of pale-vented bush hens is currently living in the section of the park where the station is to be constructed. 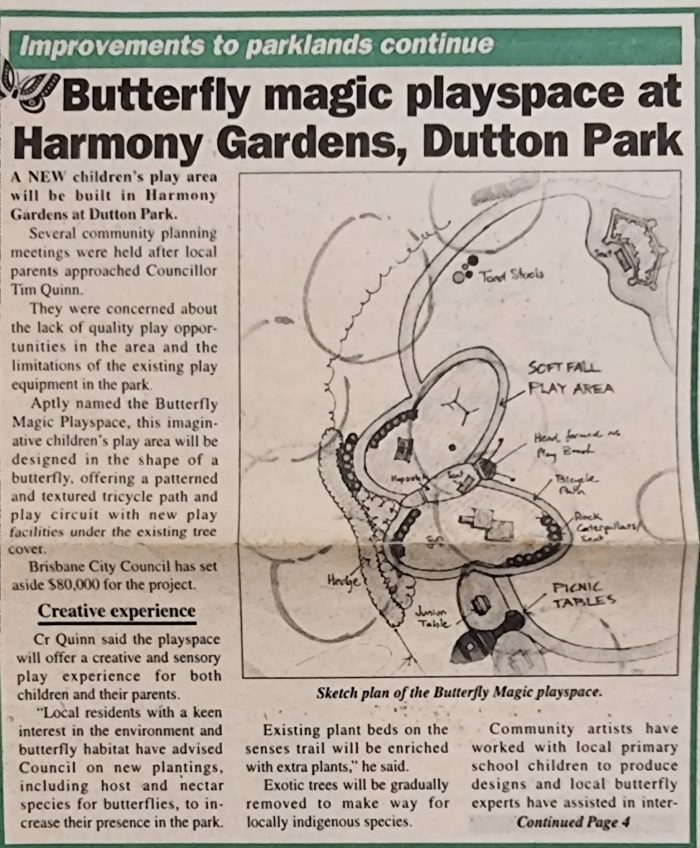 Local residents say they are disappointed that there has been no public consultation on the proposal and very little information made available, apart from that provided by local councillors.

“We’re concerned about the loss of parkland, trees and wildlife habitat and the precedent this could set for public land being taken for infrastructure and development projects even when there appear to be other, better options.”

“Many locals are puzzled about why the charging infrastructure isn’t being located at the UQ Lakes bus station when this is the best economic and technical option for the Metro. It’s also puzzling that UQ seems to have been given the right to reject the infrastructure and force it across the river onto public parkland while locals weren’t even consulted,” a local resident opposing the proposal told the Westender.

Residents want to know why the facility will not be integrated at UQ Lakes rather than locating the charging infrastructure 600 metres away from where it is needed: they are also querying whether the proposal is adding costs to the construction and maintenance of the metro project.

“It seems that rather than negotiating with UQ to get charging infrastructure installed close to the bus stop, Council has instead gone for the easy option of cutting down trees and taking away parkland, even though the Dutton Park location is quite a long way from where the charging actually occurs,” Councillor Sri in a recent post.

Member for Maiwar, Michael Berkman, said on Facebook that, “eating up parkland and losing native trees” could be avoided by locating the charging station at UQ in its Thynne Road multi-storey car park.

“Instead, it seems like UQ may have rejected this option, meaning that Council needs to run cables across the Eleanor Schonell Green Bridge and chew up a section of parkland in Dutton Park, losing some established native trees in the process.”

In her response to Mr Berkman, the Vice-Chancellor indicated that the University did not want the charging station to impact greenspace at the university. 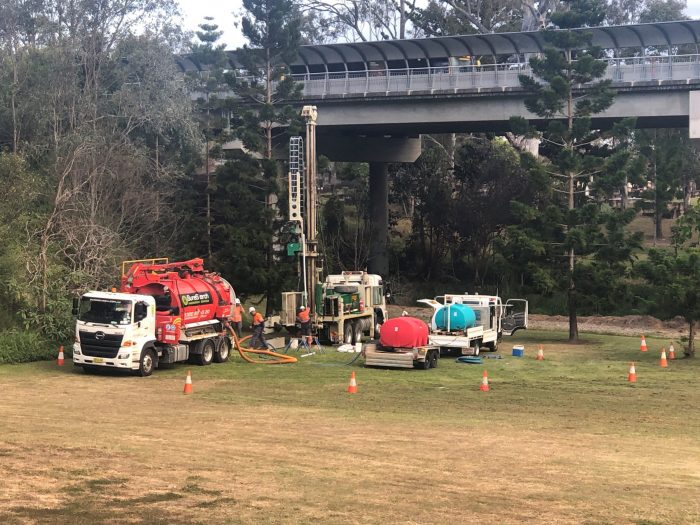