Ebbs returns for second round 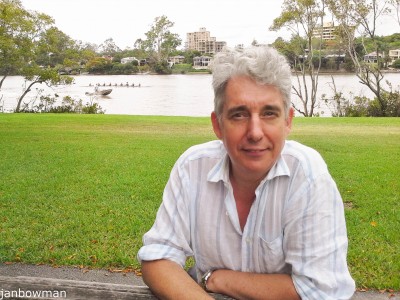 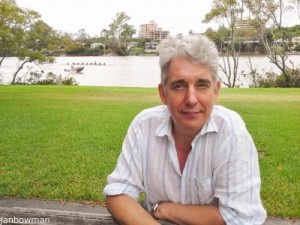 Geoff Ebbs chatting to the author in West End

Inevitably in a two-party system, the media focus will be on the ALP and LNP candidates, and to a lesser extent The Greens. This is a pity, because voters can miss some very interesting issues that are often only prompted by the minor parties.

Of the nine ‘other’ candidates, just two will be familiar from 2013: Geoff Ebbs (The Greens) and Anne Reid (the Secular Party).

It is hard to know exactly where to position The Greens. It is certainly not a minor party, with nine senators (including Larissa Waters from Queensland) and one member of the House of Representatives, but in Griffith the interest in The Greens seems to focus on the distribution of preferences as much as on its policies.

Geoff Ebbs was The Greens’ candidate for Griffith in the September 2013 election, polling 10.18 per cent of the primary vote. He is a former editor of IT publications with Australian Consolidated Press, author, blogger, and community radio presenter. He is currently a partner in the local Westender (which occasionally republishes No Fibs stories about the Griffith electorate), and lives in West End.

After a bit of a false start for this by-election, when Andrew Bartlett was initially preselected and later withdrew, Ebbs was finally endorsed by his party in December. This appeared to put the campaign onto the back foot and it will be interesting to see if The Greens are able to regain some of the ground it lost in 2013.

Of the mood in Griffith, Ebbs said voters are “angry at the loss of an egalitarian Australia and the creation of a two-speed economy in which they are the losers. They are scared that the old parties are not dealing with the major economic challenges posed by climate change, energy shortages and over-use of the world’s finite resources.”

The issue at the heart of Mr Ebbs’ concerns, and the one which motivated his entry into politics, is climate change.

“I have been writing and lobbying for change in energy policy to address climate change for over a decade”, he said.

Mr Ebbs said The Greens worked with scientists and economists to develop policies to deal with difficult challenges. “Other parties have ignored these issues and called us extremist and alarmist for making serious plans for the future. Despite this we have stuck to our long term plans and gradually the media has come to acknowledge that our solutions are not only practical and realistic, but necessary.”

Like Labor, The Greens have been campaigning strongly on Medicare and Geoff Ebbs was quoted recently on ABC television as saying that a co-payment for bulk billed GP visits “would be a disaster for the less affluent members of society.”

The Greens preferences are highly sought after by other parties. A number of commentators attributed Kevin Rudd’s win in 2013 to Greens’ preferences, however, as I was reminded recently, preferences belong to the voters, not to the parties.

This time around, The Greens announced preferences for five ‘progressive’ micro parties or independents before Labor. It will be interesting to see whether its supporters will follow suit, but you would expect a fair degree of independent thinking from Greens voters.

While Labor may be attempting to distance itself from The Greens in other parts of Australia, most notably in Tasmania, this is not the case in Griffith and Labor has listed The Greens at number two on its how-to-vote card.

Greens leader Senator Christine Milne will be adding her support to Mr Ebbs in the last week of the campaign.