“Everybody Loves” – classic rock and roll with a touch of nostalgia 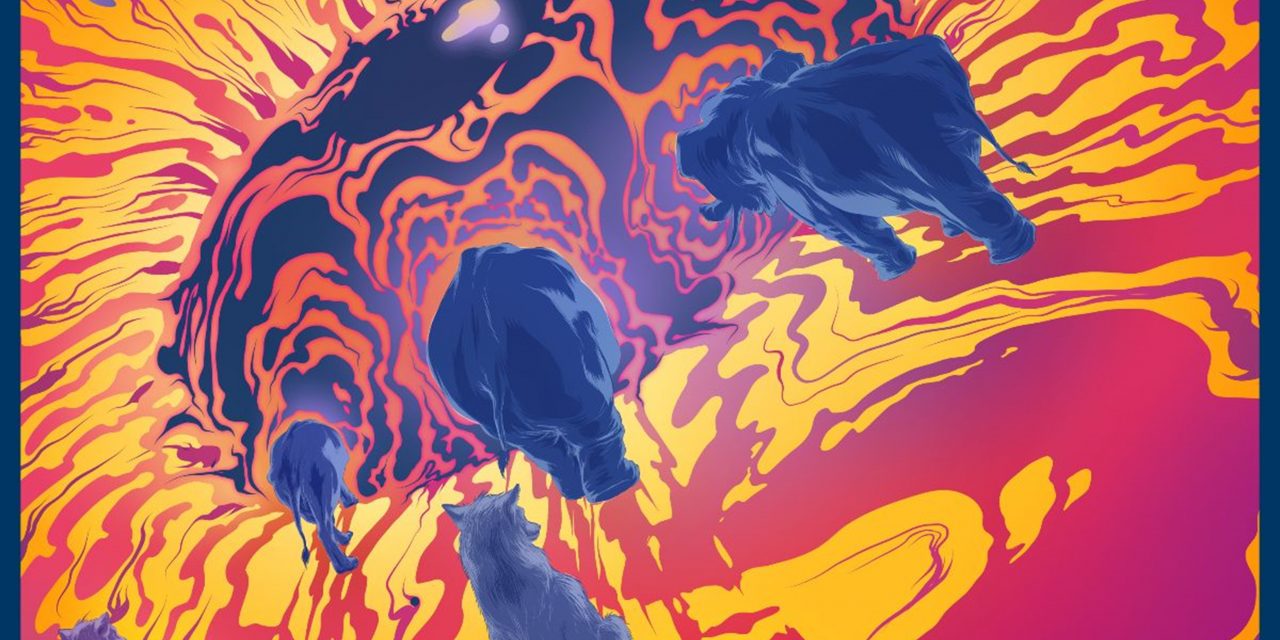 The wolf, the shark, and the condor that form Brisbane rock outfit the Predators released their first EP sixteen years ago, during a hiatus from Australian powerhouse Powderfinger. With their debut album, ‘Everybody Loves’, John Collins, Ian Haug, and Steven Bishop prove themselves as world-class indie-rockers, songsmiths with an unmistakable tone and a deep understanding of the relationships that drive us.

From the first notes of the lead track “Wrong Side of Down”, the Predators don’t shy away from their rock and roll influences.

The chorus, resplendent with backing harmonies, gives way to a guitar solo of diving bends and rising scales, showcasing the skills of a band writing the rock album they had always wanted to make.

This approach manifests itself on the two singles which typify the album, “Lead the Way” and “Taking Fire”. Rollicking rock tune “Lead the Way” is the sound of their early EP refined and sent into overdrive, with airy guitars giving way to a driving, energising crunch on the chorus. Lyrically, “Lead the Way” pairs with “Say My Piece”, putting words to the feeling of frustration that has saturated the music industry throughout COVID-19. The second single, “Taking Fire”, matches Bishop’s growling midrange flair with the walking pace grunt of Collins’ bass, and Haug’s sauntering guitar fills, in a grungy ode to classic garage rock.

The album, recorded and mastered at Haug’s Airlock Studios, is a product of its time; never before have we had to spend so much time considering how we care for and interact with each other.

“I think a lot of it’s about relationships, you know, and reflections and stuff like that,” said Collins. “To go back to the studio and put something down in the midst of a pandemic, that was pretty special.”

The writing on the album reflects this philosophy beautifully. Lines that speak to experiences and feelings common in this time hit hard; such as those in “Too Far to Mention”: ‘with life far from dull, I take out the trash at night like any other’. It is hard to move past this particular track as a culmination of all that’s special about this album, from Haug’s guest turn on vocals at the beginning to the emotive lyricism and backing harmonies of the chorus. The ballad was often the sharpest arrow in Powderfinger’s quiver, and they have brought this deep well of experience to bear on this song, and indeed the whole album.

That is not to say that “Everybody Loves” strikes one as indistinguishable from a Powderfinger record. There is a stamp of originality on the album due to drawing from a different pool of influences unique to the band and the history its members share.

“I think it comes from a different place from where Powderfinger came from,” said Collins. “It comes from different influences, more the indie stuff that Bish and I and Hoggy were influenced by as teenagers.”

It is difficult to deny that the journeys of the bandmembers since their rocking EP have refined their art. Haug’s guitar riff on “Give Me a Sign” shows the chops he has built during his time with Australian legends the Church, and the song builds with a catchy chorus to a dense, stirring final minute. Bishop’s vocals show a maturity that was not present on the first studio outing, an ability to impart either deep feeling or swaggering attitude at the flip of a coin.

“Everybody Loves” is an album that carries the DNA of the bandmates, but it embodies a style all its own. Those who grew up with the sounds of Powderfinger will find something to like here, from Haug’s tone and style to the messages the songs carry. However, a more diverse set of influences and a few tricks learned here and there make the Predators a completely different beast.

The Predators – Christmas Party at the Outpost Bar