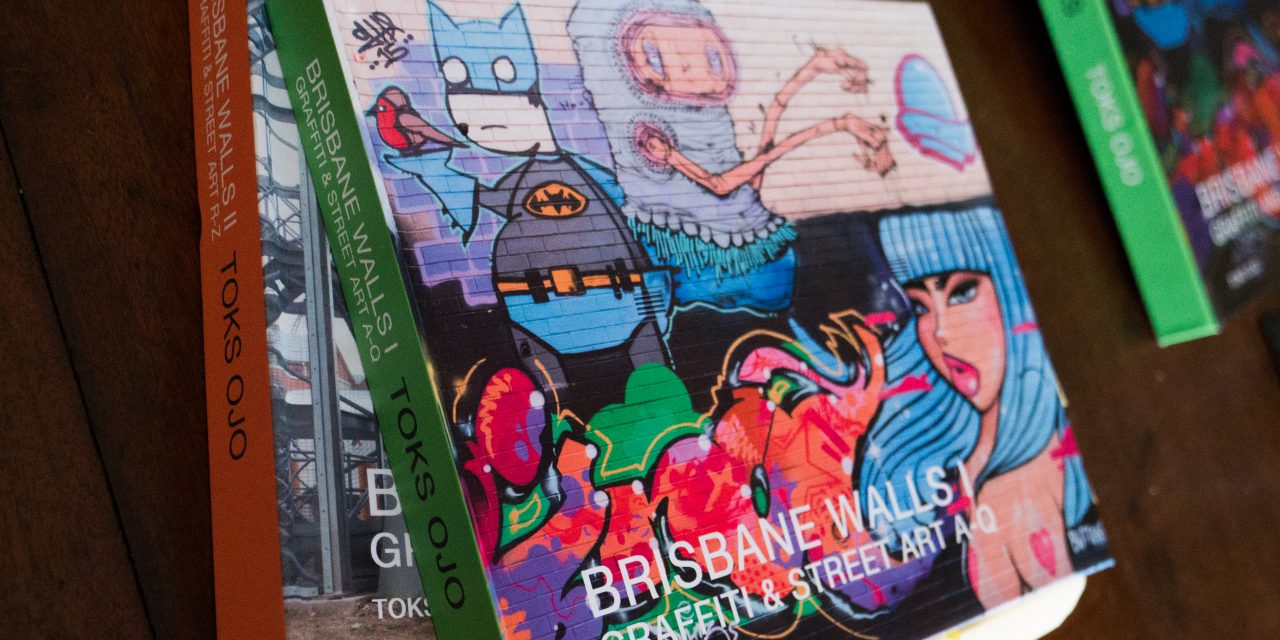 When amateur photographer Toks Ojo moved from London to Brisbane he found that exploring street art was a unique way to get to know his new home town. “If you’re looking for different things, you tend to see more. If you are looking from mural size art to tiny little stickers, you look differently.”

Toks has now turned his explorations of Brisbane into a two-volume set of beautifully presented images. 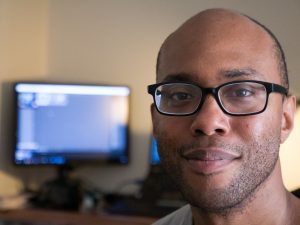 Street art and graffiti are on a spectrum, Toks told me, some of the work is tolerated, even sanctioned, while other works are viewed as vandalism or criminal damage. These labels, Toks says, are somewhat arbitrarily applied and as he values the skill displayed by the graffiti writer or street artist, he elected to call his books, “Brisbane Walls”.

Toks sees his book as a celebration of this often short-lived art form, as well as an attempt to put Brisbane on the street art map. The street art scene in Brisbane is under-appreciated, Toks said, but people should be aware of it.

As to the transient nature of the art, Toks said he has learned not to wait until the weather changes, or until the light is just right before taking an image. You have to take the picture when you see the art, he said, because you don’t know how long it’s going to be there.

“If you take a picture of a piece and try to go back another time to take a new or better image, you may find that its gone, or there’s another picture in its place.” 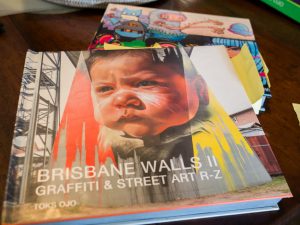 Not only do pieces of art get painted over, but buildings and walls are refurbished or even demolished. So, as well as documenting a piece of art, or a place, Toks’ images document a place in time.

In his books, Toks has combined images with the stories from the artists and writers themselves. Street artists often have somewhat fractious relationships with council and the police, and so it was not always easy for him to get in touch with them, and part of the challenge and the enjoyment of the project was not just photographing the art, but also talking to the artists about their work.

These highly skilled artists have different motivations for painting in public spaces, Toks said. Some have fine arts backgrounds and want a bigger canvas, others are making political statements, and for some it’s just exploring a new or different medium.   Toks says that there is also the enjoyment of hanging out with your mates and painting for an afternoon, marking your crew’s territory, or developing your skills.

Toks has noticed, as many of us have in West End, that street art is now being appropriated as a medium for advertisers and marketers. The street art works around West Village are a local example. Street arts style has even used to market movies, such as Guy Ritchie’s King Arthur. This trend is not all bad Toks said, as along with emerging street art festivals, it means that some street artists can earn some money and the form is becoming more viable for artists.

Toks is currently searching for a publisher for his books. You can see some of Toks’ street art photography on Instagram @toksojophoto .

I first met Toks during the inaugural Brisbane Street Art Festival in 2016 and interviewed him on ABC Brisbane – hear him talking about his project here.