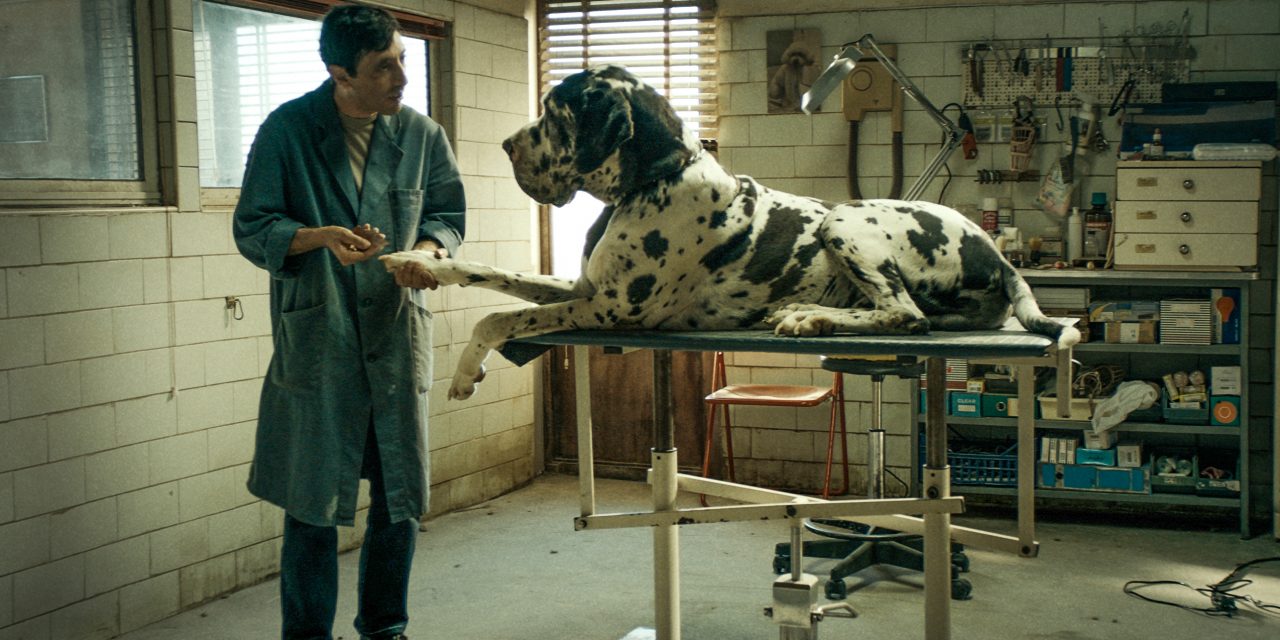 The film opens on a snarling pit-bull in a cold, blue room. A timid Marcello (Marcello Fonte) approaches the dog, tentatively maneuvering around it, and slowly cleans it, finishing off with a playful blow-dry.

This is Dogman, the latest film from acclaimed director Matteo Garone (Gomorrah). I had heard that it won Best Actor at Cannes this year and since then it’s already accrued a number of nominations for upcoming festivals including the BAFTAs.

Is it good? I’ll get to that soon.

Based on a true story Dogman follows meek Marcello, a dog groomer and gentle father who happens to also be a cocaine dealer in his poor suburb. Because of this, Marcello becomes entwined with Simone (Edoardo Pesce), a thug and cocaine addict, who relentlessly bullies and terrorises the neighbourhood.

Throughout the first half of the film there is a lovely balance of grittiness and humanity due in no small amount to Marcello Fonte’s performance. He has a lovable optimism and quirkiness, but he also handles serious drama like a pro, every dangerous confrontation with Simone feels real and the consequences are scary. He has a nuanced take on what being a ‘coward’ means in the crime world and gives the film a few moments that stand out from other crime films.

On stylistic elements: the way the filmmakers utilised subjective cinematography and (quite difficult) long takes was very well done. It kept us with Marcello and got inside his head which strengthened the realism of the piece and our empathy to Marcello in his awful situation.

Where I feel the film is let down was through the obviousness of its main metaphor: Simone is a mad-dog and Marcello as the dogman, who must deal with him. This took away some of the film’s bite (no pun intended) as it wore on. The film also loses its sense of optimism about halfway through, which in combination with the dreary colour palette makes the film feel really bogged down. This is fitting for the story but washes out the experience of the film. Finally, the ending is impactful but needed to be earned more, the build-up is somewhat predictable and lacking nuance.

Overall, Dogman is a well-told story with unique moments that shows us a hopeless reality, one where even the kindest of us can be dragged down. 7/10.

Dogman can be seen at Palace Cinemas from the 29th of August.