Film Review: In the Name of the Land 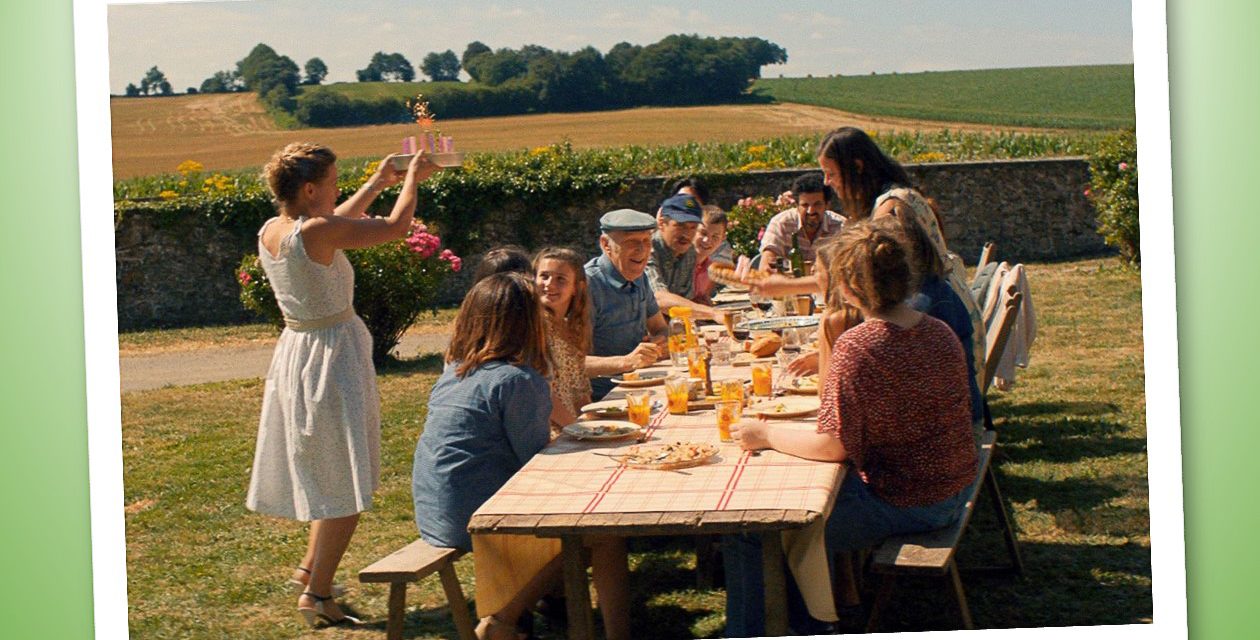 In the Name of the Land

As well as the five family members at the heart of this story there is one other significant character; the landscape is definitely another ‘actor’ in this tale of biblical proportions, In the Name of the Land (Lord). From early close-ups that fill the screen with empty brown furrows to waving fields of golden wheat, from lush green pastures and the yellow coastal scenes of sunnier times to the winter whites of discontent, the landscape reflects the changing fortunes of this agricultural family. For me, having spent time in rural France in the 70s, the interiors, costumes, and soundtrack of the film are all faultless, authentic ‘extras’.

And when the landscape retreats, the five central characters come into focus with stellar performances from the eldest to the youngest. Time periods are not linear and flashbacks require some concentration but the viewer will be rewarded.

Pierre Jarjeau (Guillaume Canet) arrives home like the prodigal son from a ‘gap year’ on a large ranch in America to his modest family farm—riding on a magnificent white charger down a timbered, sunlit lane before swapping his stead for a motorbike and an English language pop-song to swoop in on his patiently awaiting sweetheart. Soon they are seated in the darkened dining room of his parents’ house and Pierre’s Easy Rider freedom is signed away in a contract with his father, in the presence of lawyers—an early foreboding for the family farm.

Full of other such binary oppositions, this film kept me engaged with a real sense of impending doom from the start. Set against each other are traditional farming methods and new technologies; manual labour versus shameless product placement of Massey Ferguson machinery using film angles reminiscent of the Transformers franchise, including Revenge of the Fallen, Age of Extinction, and The Last Knight. From the aging father retiring from a life of war service and hard work and his fun-chasing teenage grandson emerging as the heir apparent, to a wife and mother’s domestic responsibilities pitted against her professional skills as an accountant: these familiar human conflicts sensitively underpin the narrative.

At the same time there is unbridled joy in the coming of age of Pierre’s son Tomas (Anthony Bajon). His thrill of getting a racing bike for Christmas is palpable while he seems unconcerned that his father has signed up with a chicken farming entrepreneur to afford the gift.  Challenging his good friend to a ride up a nearby hill, Tomas shouts “we are champions of the world” with arms outstretched as if on the prow of the Titanic. His shy attempts to woo the farmhand’s daughter, a young girl of colour, represent the new ‘woke’ generation. There are times of genuine family hilarity and happiness—like in the makeshift swimming pool made of black plastic and haybales—and real love between husband and wife/parent and child. But the emotional roller coaster of Pierre’s decline is borne loyally by his wife, in her efforts to keep family and farm together, and their children.

The complexities of farming families’ succession and inheritance issues will be familiar to some Australian audiences. But what is it about this film that saw it become one of the top five French films of 2020? I asked two women after the film.

“We are essentially an agricultural farming country, not just Paris. The land sits deep in our hearts and our culture. To lose it is tragic.”

It is true that there is a warm heart to this film. But the M rating should be noted i.e. more suitable for mature audiences.

If it was screened on Australian television, there would no doubt be follow-up consumer advice for anyone or anyone you know suffering mental health issues.

In the Name of the Land is Showing now at Palace Cinemas – see link for session times https://www.palacecinemas.com.au/buy-tickets?f=by-movie&film=in-the-name-of-the-land