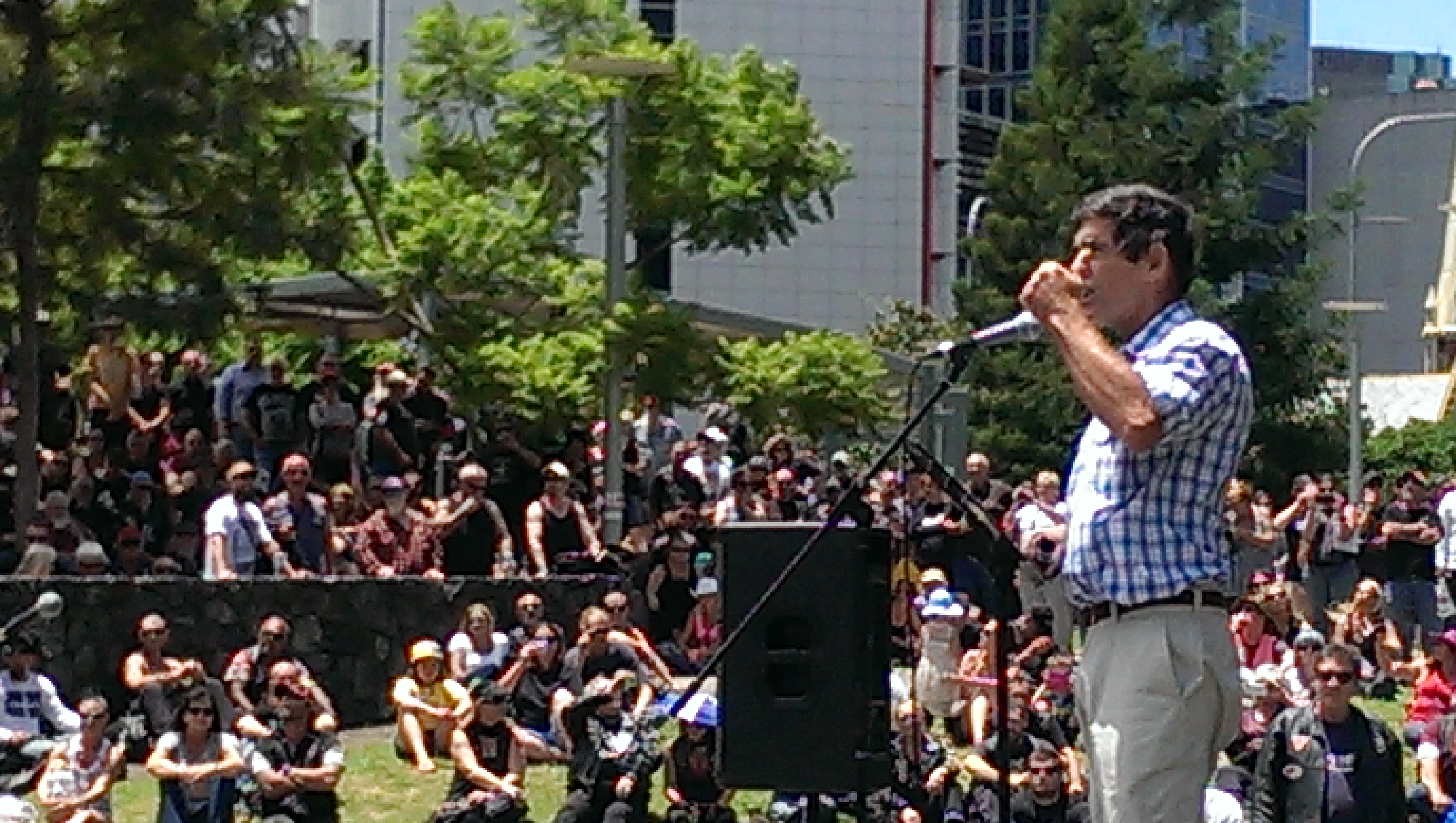 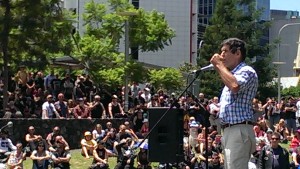 “Hurt them in the ballot box. Don’t throw away your vote. Put the LNP last” Independent MP Peter Wellington

Brisbane’s Freedom Day rally yesterday attracted more than 1,600 motorcycle riders and supporters angry at the attacks on civil liberties by the Newman government.

Groups supporting the riders included the unions, political parties, charities and welfare groups – all acutely aware of the devastating effect of the attacks by the Liberal National Party on those least likely to support the government. The pink and black colours of Campbell’s Clowns were prominent among the many variations on basic black in the crowd.

He urged thecrowd to hurt the government where it is most vulnerable, at the ballot box. “You might be tempted to write rude things across the ballot paper in disgust.” He said. “Don’t throw away your vote. Number every box and put the LNP last. That’s the way to get rid of these people,” he said.

State secretary of the Electrical Trades Union, Peter Simmonds said he has called the RSPCA and described the conditions in which people arrested under the VLAD laws are being kept. “They told me that it is cruel to keep an animal in those conditions and they would send out the police to arrest anyone who did that to a dog. Well that’s how our government is treating our comrades in prison right now.” 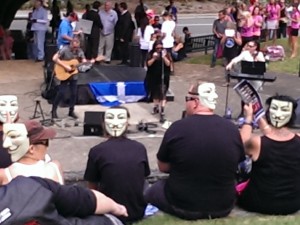 Brisbane’s Freedom Day rally was echoed in Sydney, Melbourne, London and various cities in California. George Monbiot of the UK Guardian and other international commentators have singled out the Queensland laws as undermining the values of western democracy.

The laws remove the assumption of innocence until proven guilty, the freedom of citizens to associate and the independence of the judiciary. Faced with this international condemnation, Campbell Newman, has described the movement as an international cartel.

While speakers at the rally thanked the international commentators for their support this is clearly a home-grown and local movement.