From the Archive – The Westender reporting on community planning in 1992. What’s changed? 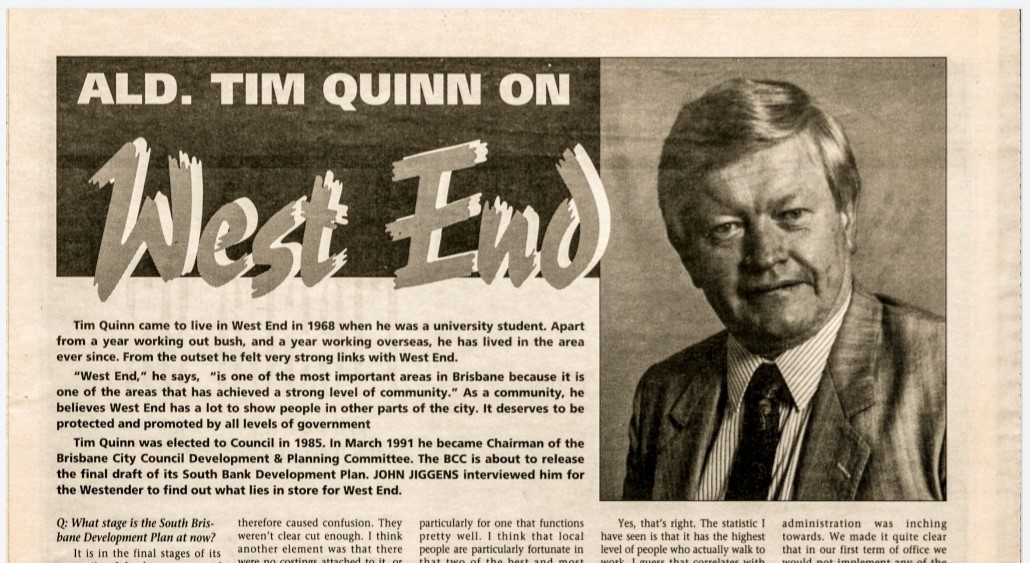 Tim Quinn who was the local Councillor for The Gabba 1985-2003 and Chair of Council’s Planning Committee 1991-2003 wrote the pictured article for The Westender, in November 1992.  He commented recently:
“The 1990s were an exciting period of progressive planning and significant outcomes for the community of South East Qld in general and Brisbane in particular. Regional planning commenced, the community  fought off the proposed high rise commercialisation of the Expo site with South Bank parklands being built instead and the construction of busways and a green bridge to University of Qld saw public transport usage surge. On the Inner Southside, Council drew up the first local plan with very significant community input. It introduced the first register of local, suburban heritage buildings and protected large areas of timber and tin houses and corner shops through character protection precincts and demolition controls.
“This protection is still largely intact twenty years later despite the increased pressure of development. Council also made significant improvements to the amenity of West End and Stones Corner local shopping centres, such as the much loved Goanna art space in Boundary Street. The introduction of CityCats ferries and local Hail and Ride bus services provided more local transport options. All these local initiatives resulted from or were influenced by that first South Brisbane Area Development Plan, which had involved extensive community participation and support. Of course the local context has changed dramatically over the last decade as Council and State planning policies under LNP rule became aggressively pro-development allowing the Central City  to spill over into South Brisbane and promoting the intensive over-development of the Montague Road area. The local community was effectively locked out of those decisions.

“However I believe that the planning principles and desirable processes outlined in the 1992 article are as relevant and important as ever … even if often abandoned as city planning has been replaced by city cramming on the inner Southside”. 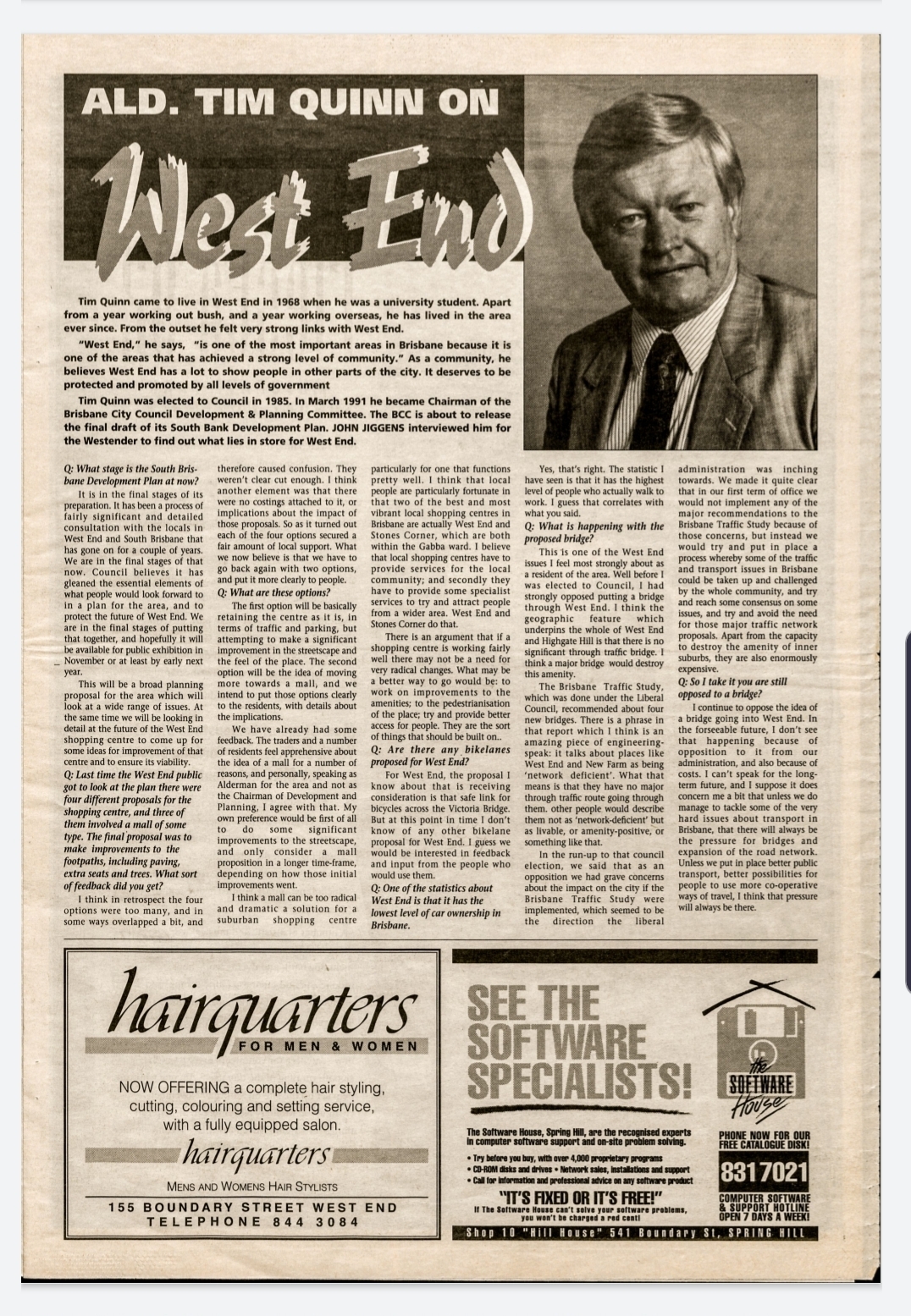