The Goddesses descend on West End 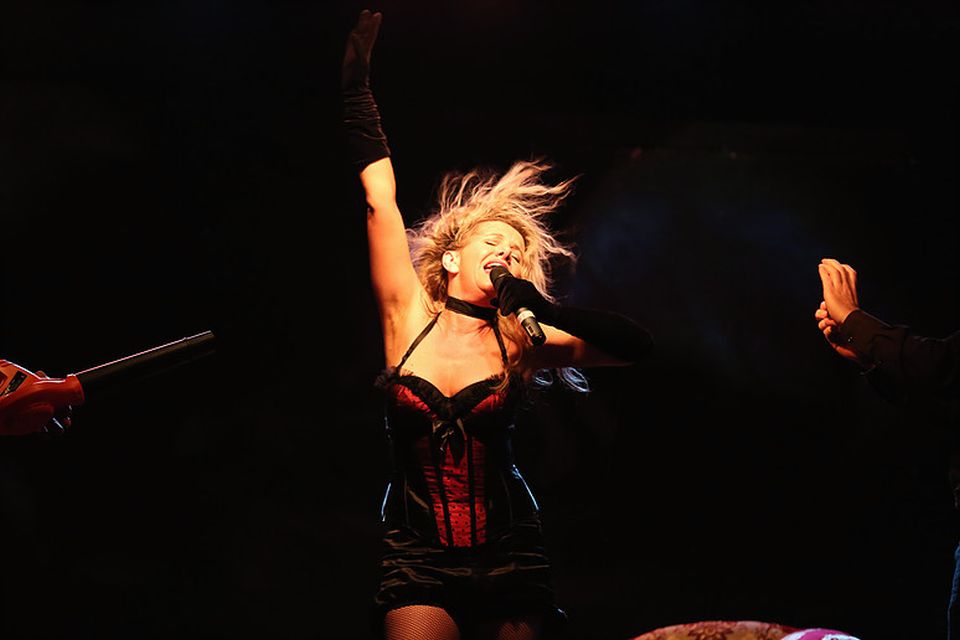 The gods may be crazy… but the goddess is libidinous and on the hunt for the reincarnation of her hot lover Adonis. Could that be you?

Conversations with Goddesses: Monday May 9 to Thursday May 12 at 7.30pm at The Fox Hotel (in the Fish Lane Studios), 71-73 Melbourne Street, South Brisbane.

After bedding all the decent gods (and some indecent ones too) what’s a goddess to do?

That’s the question that leads Aphrodite, the Goddess of Love, Sex and Creativity, to return to Earth after a long absence and search for the reincarnation of her unforgettable lover, Adonis.

But when she gets here, she finds Earth is as desperate as she is.

So Aphrodite invites four other ancient goddesses back to Earth: Morrigan, the swearing Goddess of Vengeance; Persephone, the depressed Goddess of the Underworld; Diana, party animal and Goddess of the Moon; and Quan Yin, the gentle Goddess of Compassion.

With their help, Aphrodite hopes to heal humanity’s wounds, restore the sacred feminine to its rightful place – and pick up a hot spunk while she’s at it.

While it’s a whimsical idea, it was the loss of love that inspired Northern Rivers’ performer and writer, Louise McCabe, to pen the cabaret/ theatre show, Conversations with Goddesses.

“After moving to Byron Bay in 2009, I went through a painful breakup and got quite depressed,” explained McCabe.

While trying to make sense of it all, a friend recommended that she start exploring the psychological lessons contained within ancient goddess stories.

“I started reading these old pagan stories and found some amazingly wise fables about the lessons of love, loss, power, jealousy and adversity – stuff we can all relate to.”

McCabe also discovered the gods and goddesses themselves were very flawed characters – and the potential for humour in their stories was endless.

“And I thought, what better place to set a story about a goddess looking for a lover from a past life than Byron Bay? Everyone here has had a past life!”

The 90-minute show premiered in the cosmic town of Mullumbimby, and has since delighted audiences in Byron Bay, the Adelaide Fringe Festival and Sydney’s iconic Vanguard.

McCabe says she’ll be using the space inventively, breaking down the ‘fourth wall’ of the traditional stage and occasionally interacting with the audience where they are seated.

The show also uses video projections, non-traditional lighting, beautiful costumes, a contemporary soundtrack, a disco number, a catwalk sashay, a belly dance and some very surprising props that include a leaf blower and some – um – fetish toys.

McCabe plays all the major goddesses, and is supported by Brisbane local Justine Speed who plays modern deity Technophelia, Goddess of Wi-Fi and Illegal Downloads.

A perfect show for a girls’ night out, men also love meeting the goddesses, so it’s an excellent choice for date night too. Dine at the Fox, then be entertained and home before 10pm – a great way to spice up your working week.

Book your tickets now at anwywherefest.com/conversations-with-goddesses