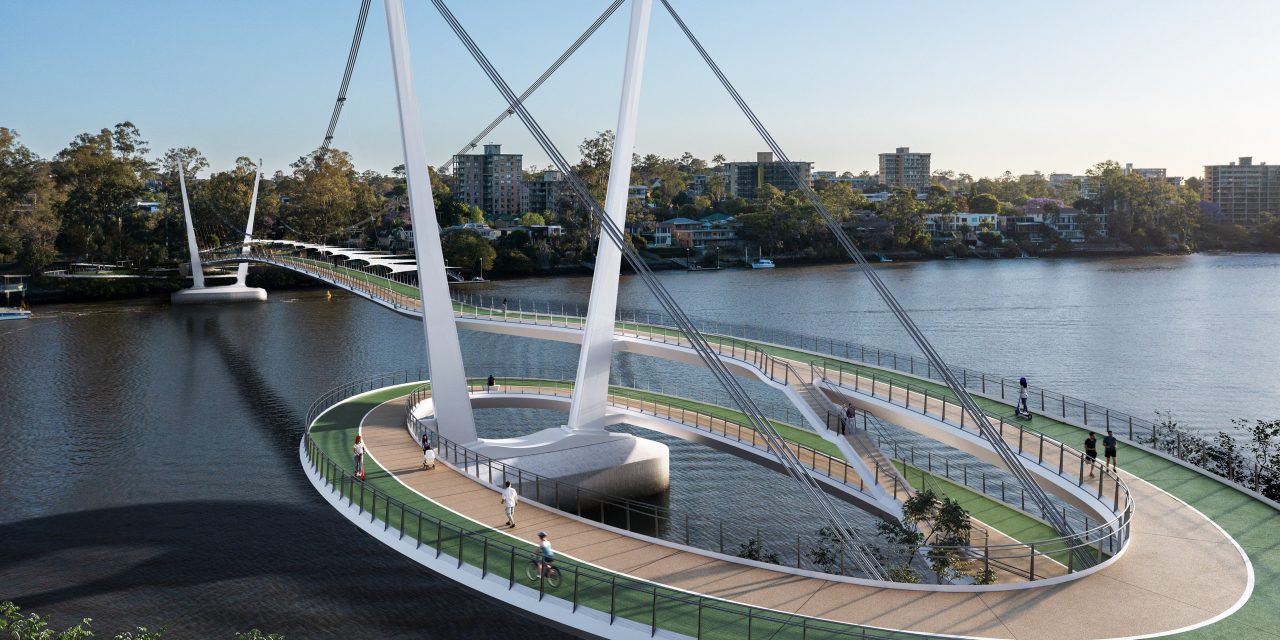 Designs for two of the Schrinner Council’s new green bridges have been unveiled and residents are invited to have their say. Council expects works to begin on the Toowong to West End bridge by 2024.

Lord Mayor Adrian Schrinner said the new concept designs for the Toowong to West End and St Lucia to West End Green Bridges illustrate how they would significantly improve walking and riding in this part of Brisbane.

“We are committed to investing in new walking links across the Brisbane River because this will connect more parts of our incredible city, making Brisbane an even better place to live and visit,” Cr Schrinner said.

“These latest designs have been developed after we received more than 4000 pieces of feedback on alignment options for each bridge earlier this year.

“These new concept designs are based on what residents told us were their preferred alignments and provide a first look at the potential bridge forms and structures, landing locations and features as well as viewing areas and landscaping.

“At Toowong, a new landscaped riverfront park and landing plaza will be created, with viewing platforms and seating providing space to rest and enjoy the view of the Brisbane River. 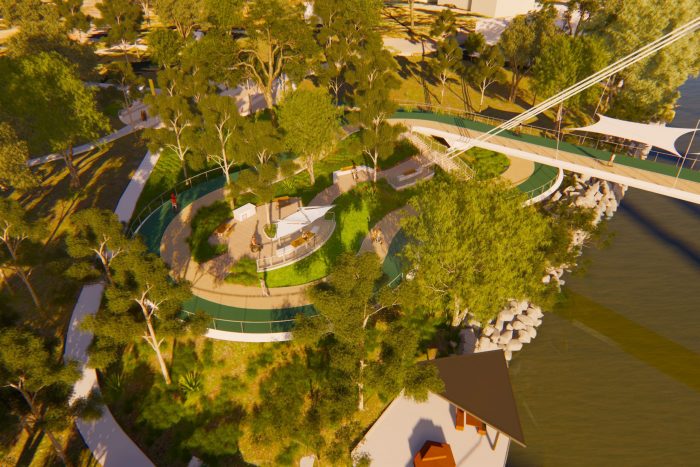 The preservation of greenspace at Guyett and Orleigh Parks has been a sticking point for residents on both sides of the river and Cr Schrinner said today that there will be “a huge focus” on “maximising parkland” around the Guyatt Park bridge landing in St Lucia, which will also deliver new shade, seating and viewing areas.

Cr Schrinner said the landings at Orleigh Park in West End, “will preserve existing heritage features and trees, where possible, to incorporate new and upgraded facilities such as seating, lighting and signage – a win for the local community and residents who love this park.”

Civic Cabinet Chair for Transport Ryan Murphy said the preliminary business cases for each bridge showed the projects are an important investment in our transport network, providing greater access to support significant population and employment growth in the area across the next 20 years.

“Together, the new green bridges will create a vital green transport network between the growing communities in West End, Toowong and St Lucia as well as The University of Queensland.

“Currently it can take up to 20 to 30 minutes to drive between St Lucia, Toowong and the West End peninsula – the green bridges will provide a direct walking link between these suburbs and will cut travel times by more than two thirds for those riding bikes and e-mobility devices.”

Some might note however, that your can reach both Toowong and St Lucia in very short time via city cat, quite possibly in shorter time than the bridge walk. 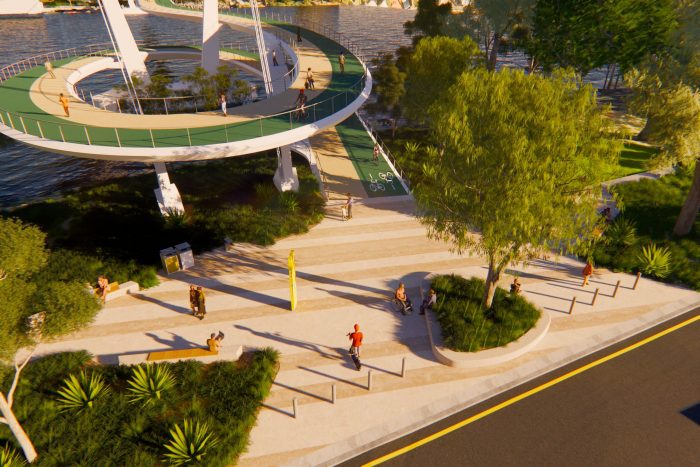 Council requires funding from other levels of Government to construct the bridges, but there were no comments on progress on this front by Council today.

Cr Murphy said the delivery of both bridges would be staged, subject to funding and approvals. Cr Murphy reconfirmed that residents see the Toowong to West End Green Bridge as a higher priority and this is likely to be built first.

“Works could commence on the Toowong to West End Green Bridge as soon as 2024, subject to funding and approvals, with each bridge expected to take around two years to complete.”

Cr Schrinner said community feedback would play a key role in delivering the bridges, helping to inform the final designs and detailed business cases for the projects.

“We encourage those who know the area best – the locals – to come and have their say on the concept designs by completing our online survey or coming along to an information session to share their feedback,” he said.

“We want to know your thoughts on landing locations, landscaping and design features, walking and riding facilities and, of course, the overall bridge design.” 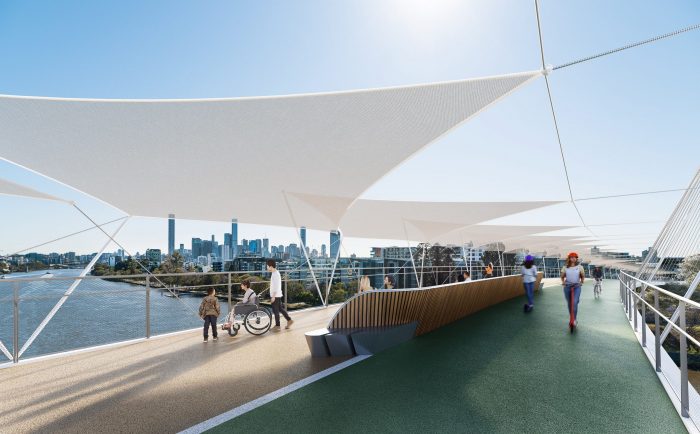