Reconciling Histories | From the darkness into the light– truth-telling and healing through art. 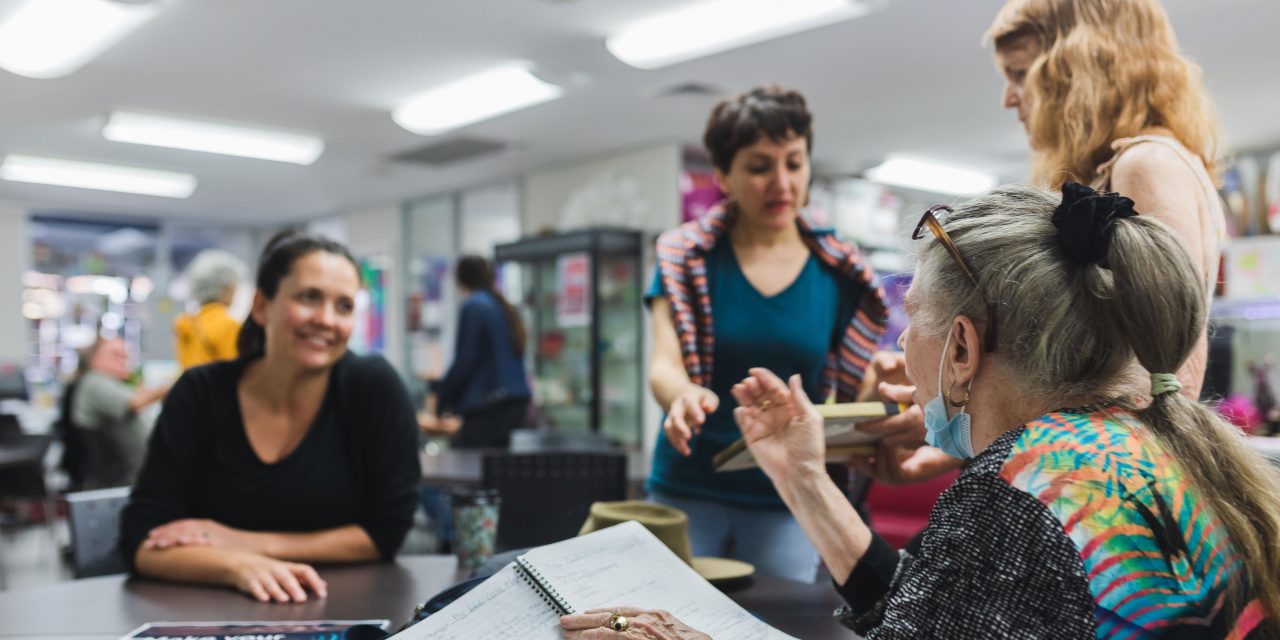 Forgotten Australians, people who have experienced abuse in institutions and out of home care, have recently been supported to express their stories of resilience and survival through a series of art workshops by Lotus Place to respond to the “Redress Reconciling Histories”.

The project is a Micah Projects initiative supported by the Queensland Government’s Truth Justice and Reconciliation Taskforce. Survivors were encouraged to share their journeys from the darkness of abuse into the light they found within themselves and the new lives they have created.

The ‘Reconciling Histories’ project provided a series of Visual Arts and Writing workshops for Forgotten Australians around the state, from Cairns to the Gold Coast, helping participants express their emotional recoveries. It was a chance to have their voices heard as they told their truths and continued to seek justice.

Through the workshops, participants developed new skills and networks and were empowered to see themselves as heroic survivors and “thrivers” rather than victims.

“Creative art, whether it’s dancing, painting, writing, or making things, can settle you down and help you be a better person, and to have confidence in yourself,”

The project aims to increase awareness of these survivors’ heroic journeys and stimulate conversation about Australia’s ugly history of institutional abuse. Participants were supported by trained staff and artists to express themselves, having fun in the process. They built skills and self-confidence and developed a greater appreciation of their talents as they created artworks that reflect their passages out of the darkness into the light of their new lives.

“I made images of desert roses because they survive in harsh conditions, just as we’ve survived. Like many, I was so angry when I first came out, but we’ve pushed our way up to be the people we’ve become.”

“Once, I couldn’t talk or look you in the face, because as kids we weren’t allowed to look people in the eyes. You can amaze yourself for all the things you can do if you put your heart and soul to it. It’s helped me.”

These powerful artworks and stories will be on display to the public at a free event at the Edge Auditorium on Wednesday, 17 November at 11 am to 3pm.

The RECONCILING HISTORIES Art Project is the first stage of a multistage community-driven project aiming to culminate in the production of a major public artwork by 2023/24.

This Micah Projects Initiative is supported by the Queensland Government through Arts Queensland and the Australian Government’s Regional Arts Fund, in partnership with The Edge, State Library Queensland.

Micah Projects is a not-for-profit organisation committed to providing services and opportunities in the community to create justice and respond to injustice.