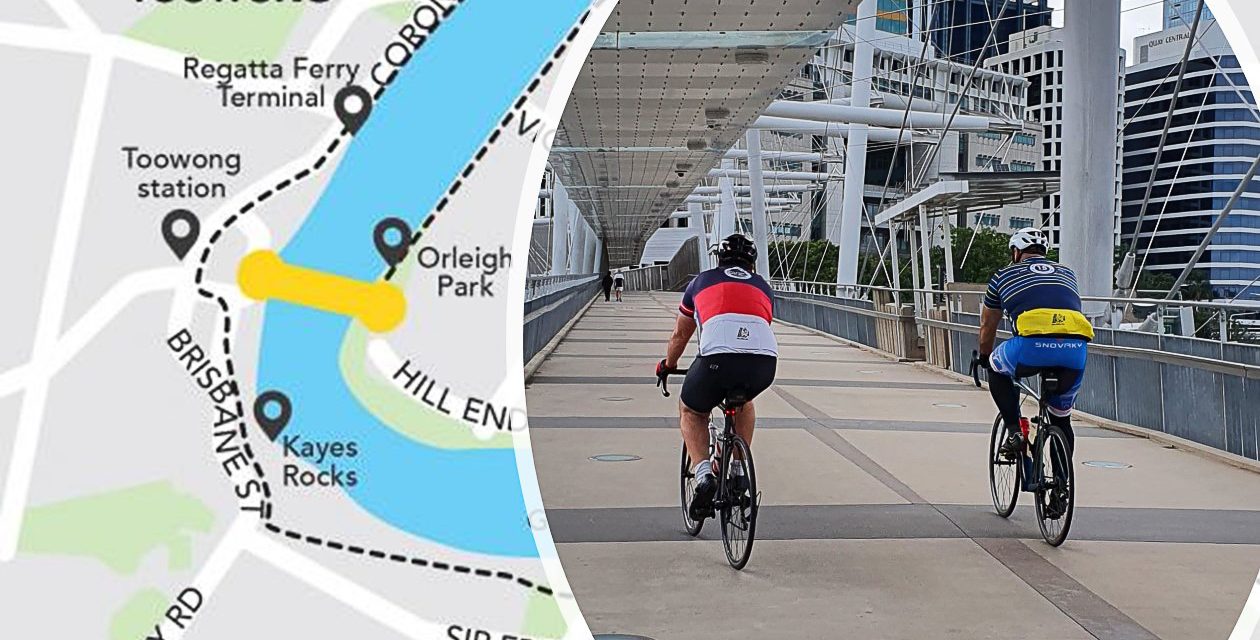 This week The Greens in Queensland circulated a press release in which they called for the State Government and Brisbane City Council to jointly fund the proposed West End to Toowong pedestrian and cycle bridge on a 50/50 basis.

“A direct pedestrian and cyclist connection from West End to Toowong would be a major benefit for the community, so assuming the business case stacks up, we’re calling for the State Government to commit to funding at least 50% of this project,” Greens candidate for South Brisbane, Amy MacMahon said.

The West End to Toowong bridge is part of Lord Mayor Adrian Schrinner’s commitment for five new green bridges made in March 2019. When it made the announcement, Council anticipated all of the bridges would be constructed within five to 10 years.

Councillor Ryan Murphy, Chair of Council’s Public & Active Transport Committee said Council is investing up to $550 million to build the new green bridges. He said it has already committed to fully funding the Kangaroo Point and Breakfast Creek Bridges to see them delivered by the end of 2023.

“Timings for the delivery of the Toowong to West End Green Bridge are not expected to be confirmed until the Kangaroo Point and Breakfast Creek Green Bridges are underway. The final cost will be determined after the business case has been finalised.”

When it first announced the bridges Council said that it will be requesting State or Federal funding for the bridges, with the plan for Council to contribute two-thirds of the total cost.[1]

“We’ve always said that contributions from the State and Federal governments will be necessary to complete the balance of the Green Bridges Program,” Cr Murphy said.

Council does not expect to have completed its preliminary business case for the Toowong to West End bridge until the end of 2020.

However, Councillor Jonathan Sri says the West End to Toowong bridge is likely to cost between $120 million to $180 million, depending on a range of factors including how much land needs to be acquired for the landing on the Toowong side.

“… this bridge might not happen unless the State Government also comes to the table,” Cr Sri said.

In response to the call for the State to contribute to the costs of the Toowong to West End Bridge, State Minister for Transport and Main Roads, Mark Bailey said:

“Given the co-operation of the LNP to preference the Greens party at next month’s state election in South Brisbane, Cr Sri should be lobbying his friends in the LNP city council to keep their election commitment to fund this bridge as promised to voters at the March council election.”

Cr Jonathan Sri has also said that the State Government should be contributing funding towards major active transport infrastructure projects.

In respect to this, Minister Bailey outlined a range of cycling infrastructure that has been provided by the State Government.

“Bikeways are being built across Brisbane as part of our major state road upgrades to join up with dedicated bikeways built by both the State and Council, like the Palaszczuk Government’s recently opened $45 million Veloway Stage E, the North Brisbane Bikeway and the new bikeway from Rocklea to Oxley Road.”

“The Palaszczuk Government and Brisbane City Council have recognised the opportunities to promote more riding in Brisbane, establishing the Active Transport Advisory Committee (ATAC) in May to better coordinate the rollout of these kinds of projects.”

“We’ve seen more people than ever before take up bike riding and walking coming out of COVID-19 restrictions, and we support more people riding with new and improved infrastructure.”

Landing sites for the Bridge

As well as funding for the bridge, Greens Candidate, Ms MacMahon and Greens Member for Maiwar, Michael Berkman are calling for the State Government to help fund the acquisition of the vacant block of land at 600 Coronation Drive, in Toowong – the former ABC site – as public parkland and a landing site for the bridge.

“Expressions of interest to purchase the old ABC site close soon, and the State Government should purchase this land and bring it back into public hands, as much-needed new parkland,” Ms MacMahon said.

Cr Murphy said that early investigations into the Toowong to West End green bridge are still underway, and the final alignment has not been confirmed.

“Should it be determined that a section of 600 Coronation Drive is a preferred landing point, Council will commence investigations to determine land requirements,” he said.

Minister Baily said that the proposal to create a park at the former ABC Toowong site is a Greens party idea and the bridge crossing is a Council LNP 2020 election commitment.

Minister Baily said that before they focus on the green bridge between Toowong and West End, the local Councillor and Council should be concentrating on fixing Montague Road.

“We need the local councillor and the council focused on fixing Montague Road before adding even more activity to a road that is barely coping with the current usage.”

“Montague Road has deteriorated due to significant development approved by Council which has led to traffic congestion and acute safety issues.”

“… Cr Sri should work with the LNP councillors to prioritise a fix for West End’s most pressing traffic challenge – Montague Road.”

Local Member for South Brisbane agrees that Montague Road should be the more immediate priority for Council.

“I know we’re talking about a Green Bridge and cyclists are growing in numbers as they should be, but we do not have any cycling secure infrastructure on Montague Road. So, my perspective is that green bridges are great: they’re like a shiny new bauble. But right now, what the community is saying to me is that the priority is Montague Road. You can’t just keep adding people and connections without sorting out how it’s all going to be absorbed.”

“The community needs to hear and feel like somebody is representing that view,” Ms Trad said.