Grill’d West End: How To Make A Franchise Local 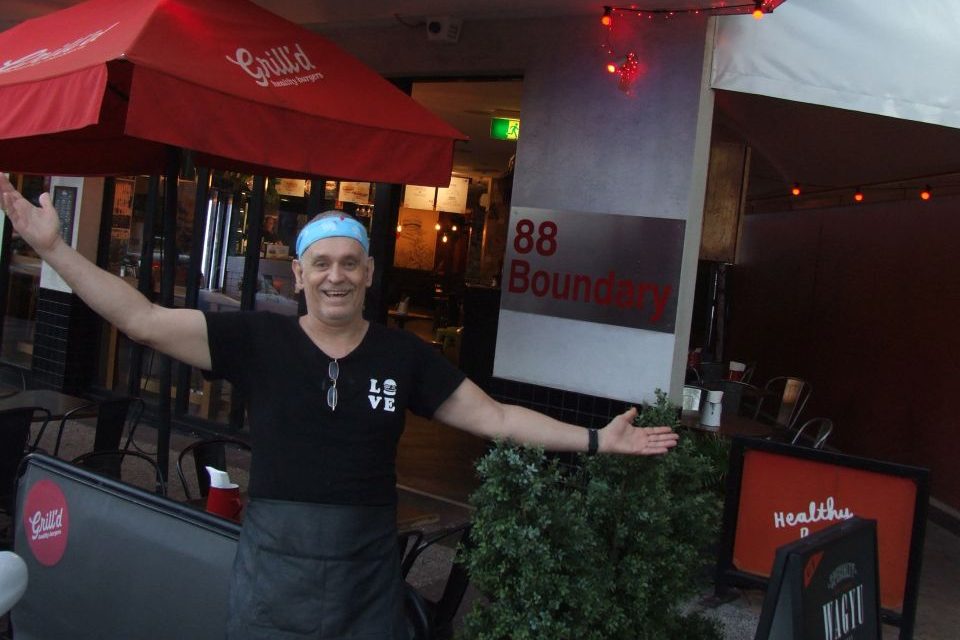 Grill’d West End has been part of our community for six years.  It’s owned by Dave and Collin who both live in our local area of Kurilpa and there’s a pretty good chance you’ll see the staff around too because almost all of them live locally as well.  It’s a franchise of the Grill’d company that originated and is headquartered in Melbourne and therefore follows the Grill’d business model.

Burgers aren’t a unique meal and the burgers on the West End Grill’d menu can be found at any other Grill’d shop but that’s not to say that the fare at Grill’d isn’t sinfully good.  It is.  It’s just that local product points go to Grill’d head office.  Perhaps if we produced burger ingredients locally they’d be using them but as it is they’re doing the best they can by constructing their burgers on site.

Grill’d West End doesn’t have interests in other communities.  In that sense they are all ours.  They don’t move staff and capital around outlets in other places.  Their business future is wedded to our community’s future.  And irrespective of how well our community patronises them they’re committed to supporting their community.  Six years isn’t a bad run but Dave and Collin are planning to make it ten if they don’t go broke first.

Grill’d West End has an undeniable track record of supporting local community initiatives.  They are regular and significant sponsors of WECA’s West End Film Festival, its street festivals in their various incarnations such as the Kurilpa Derby and 2012’s Block Party.  They host and cater for meetings between local businesses and they employ local tradies when there is tradie work to be done.  You’ll also find local musicians performing at Grill’d three nights a week.

What’s more Grill’d West End runs a continuous system of financial support for local charities and community initiatives.  $500 is allocated to three organisation on a monthly basis.  If you’ve been there you’ll be aware of the system because every customer is involved in voting, with bottle tops, for how that money is distributed.

As soon as Grill’d West End are free from their constraints and produce the Kurilpa Burger they’ll qualify for a five kuril local enterprise rating.  It could even go up to a six kuril rating if those burgers are made from locally sourced water rats (that’s a joke) but for now they can be proud of their four kurils.  Well done Grill’d West End.  That’s how you make a franchise a truly local enterprise.