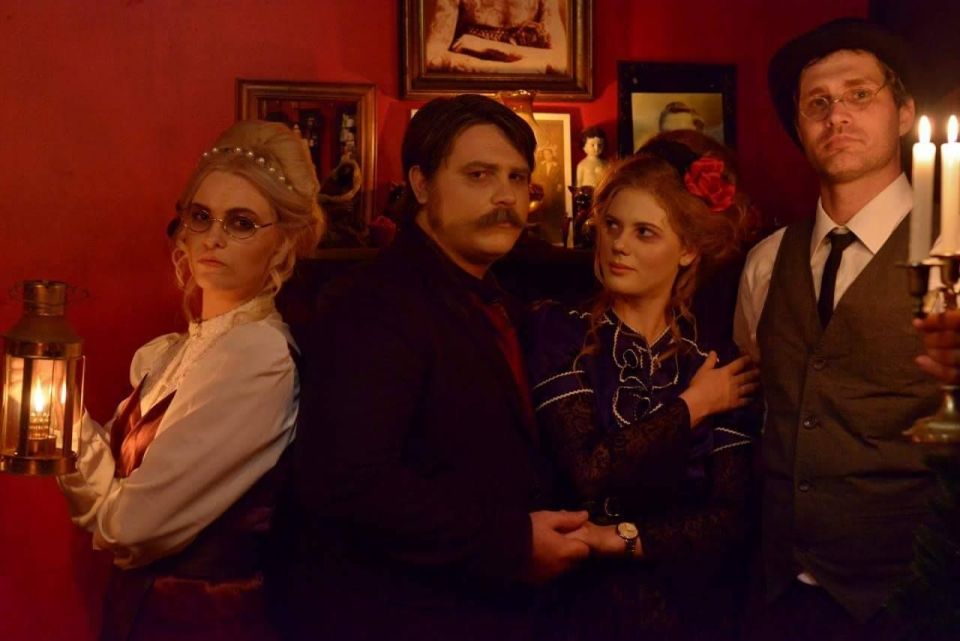 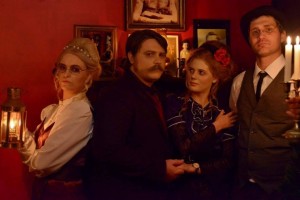 Before people sat around the television watching American Horror Story or go to the cinemas to see horror films like The Conjuring or The Exorcist, they either gathered around the candlelight and told each other tales of the unusual, the unseen and the bizarre. Or they listened to the scariest & weirdest, that made Goosebumps rise and send shivers down the spine, on the radio.

The power of ghost stories lies in their ability to draw us into a world where what we do not see is far more suggestive than what we do see. By combining the Victorian tradition of telling ghost stories by candlelight & the concept of radio play, the cast of “Light Out Vol .I” will sweep you into the world of your own imagination.

Nathan Schulz first came up with combining these concepts as he was reading through a large book of Victorian and Edwardian Ghost stories and felt their effect on his as he read them in dark. “I realized the power of a ghost story lies in its ability to draw us into a world where what we can’t see is far scarier and suggestive than what we do see. The most power tool we have as a human is our own imagination, so I went to Ecclectica and asked if they would like to be part of an old fashioned Victorian Era tradition”

Helping Nathan recreate the Victorian, Penny dreadful, feeling to the show tradition through costumes and make up are Nigel Munroe Wallis and Neika Robertson. Both who worked with him on a previous production that was performed at Javeenbah theatre on the Gold Coast called “Accomplice”

The year will be 1888 and it will be Christmas Eve…. It’s always is Christmas Eve in a ghost story, for Christmas Eve is the ghosts’ great gala night. It is a pleasant, festive season but Dave Fraser, Renae Scotson, Tahlia Jade, Nathan Schulz and Hollie Singleton will be musing upon graves, dead bodies, murders and blood! For ghost stories to be told on any other evening than the evening of the twenty-fourth of December would be impossible in Victorian English society.

“Christmas Eve was not always associated with Santa Claus, traditionally it was a time to tell scary stories around the fireplace. And Victorian & Edwardian writers were fearsomely adept at exploring a world of empty houses, creaking floorboards, and creepy servants. An author called M.R. James would invite a select few students and friends to his rooms each year on Christmas Eve, where he would read one of the ghost stories he had written”

Using a similar concept and performed in a candle – lighted, darkened parlor room in the back at Ecclectica – Esoteric books and curiosities in the West End; the audience will listen to stories involving a man who sees an apparition, or was it a premonition, of a grisly death of the girl he loves? A cyclist on a holiday in France, who stops off to mend a puncture at a deserted chateau and is seen off by an animated coat; a granddaughter

re-telling the story her grandfather told her of his great romance with a ghost… and a ghastly tale of a man, a judge and a rat.

So curl up by the fire and we’ll tell you stories written by Victorian & Edwardian authors, E.Nesbit, A.E.D Smith, and Bram Stoker, try not to be perturbed by flickering candlelight and the live sounds of rats & mice in the walls, the squeaky doors and floor boards and a wild storm, which will rage pitilessly outside; with the wind moaning and wailing like some unquiet spirit. Stay calm. Breathe deeply. The ghosts of Christmases past are gathering as the Anywhere Festival, Ecclectica and Nathan Schulz presents

“Light Out Vol .I” – Ghost stories by Candlelight