Help save frogs with your phone 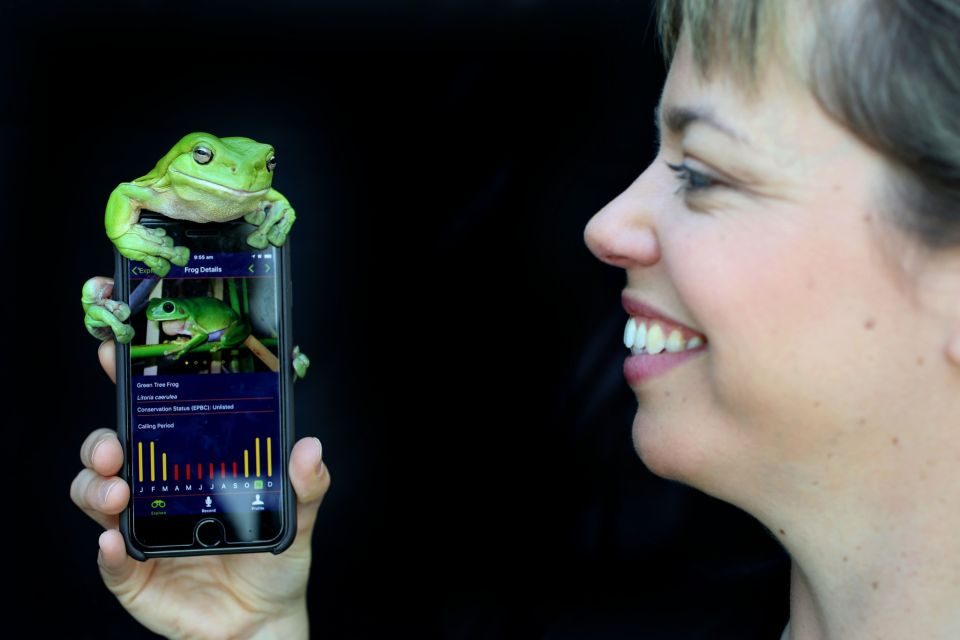 Did you know that frogs are one of the most threatened groups of animals on the planet?

Frogs are at risk from habitat loss, climate change, urbanisation and disease. Queensland Frogs including the Kuranda Tree Frog (Litoria myola) and the Australian Lace-lid (Litoria dayi), are among the species most under threat from habitat loss and the potentially lethal chytrid fungus.

You can help save Queenslands frogs by joining FrogID, Australia’s first national frog count, to discover where they are at risk and how to conserve them and our waterways.

Find out more about Queenslands frogs and how to protect them with your mobile phone at a free public talk by one of Australia’s leading frog scientists, on Saturday 3 February, 2018, at the Queensland Museum. http://www.qm.qld.gov.au/Events+and+Exhibitions/Events/2018/02/FrogID

Dr Jodi Rowley is Curator of Amphibian & Reptile Conservation Biology at the Australian Museum (AM) and is working in partnership with the Queensland Museum on FrogID, a national citizen science project that uses smartphone technology and “audio DNA”.

Dr Rowley has discovered 26 frog species across Australia and Asia. “Frogs are a tipping point in the environment. The loss of frogs is also likely to have huge pest management implications for our agricultural production and wellbeing, as they help control insect populations, such as mosquitoes. If they disappear, entire ecosystems may be at risk,” Dr Rowley said.

“FrogID will allow us to make informed conservation decisions aimed at saving our frogs. But we need the public to play their part, so we can understand our many frog species across this vast country. By taking part in FrogID, you’re actively helping to save Australia’s frogs – you might even discover a new species.”

The free FrogID app, developed in partnership with IBM, identifies Australia’s 240 frog species by the sounds they make – from croaks and chirps, to whistles and barks. More than 1 million Australians are expected to download the app and head to parks, creeks, dams or wetlands to listen for frog calls. Recording and uploading these calls will map frog species across Australia and reveal where they are under threat from disease, habitat loss and climate change.

There are 59 frog species recorded (under half of the total species known) from Queensland.

The top 10 species recorded in QLD are:

Each frog species has a unique call, which is the most accurate way to identify different frog species. Recording and uploading frog calls, via the FrogID app, will identify different species, along with time and location data, using GPS technology. A team of frog experts will verify calls submitted by the public. This data will help map frog populations across Australia and identify areas and species under threat. Find out more at www.frogid.net.au.

Photographs and audio recordings of frog species in Queensland: