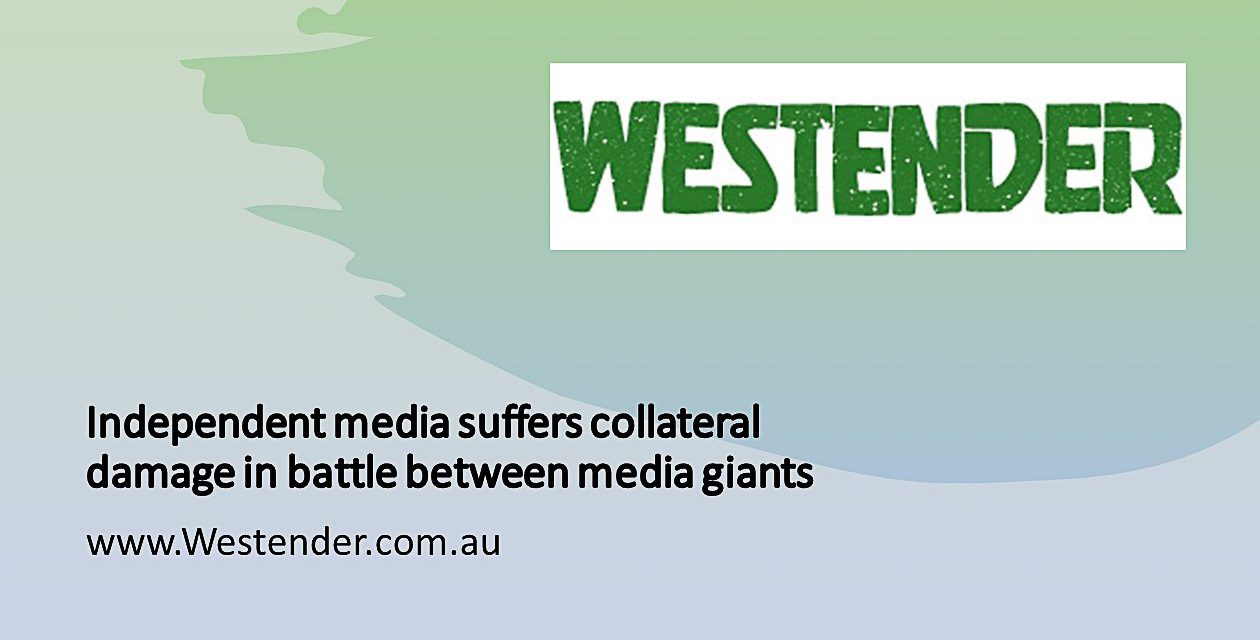 The Westender has joined calls today from independent media, community groups and local politicians for Facebook to reconsider its shutdown of Facebook sites relied on by users for reliable local news.

In a show of what can only be described as corporate petulance, Facebook sites, like Westender’s, have been caught up in a war between big media, Facebook and the Australian Government: its posts have been removed, Westender posts shared by other users have been removed, and it is not possible for us to post updates or to direct users to other sites.

Government Ministers have called the action by Facebook, “wrong” and “unfortunate”, while absolving themselves of any blame.

This morning, I had a constructive discussion with Mark Zuckerberg from #Facebook.

He raised a few remaining issues with the Government’s news media bargaining code and we agreed to continue our conversation to try to find a pathway forward.

When journalists from big media organisation say "just go straight to our website, you don't need Facebook", they're demonstrating another consequence of the Facebook shutdown: big media incumbents will be inconvenienced, but their small competitors face an existential threat.

And it’s not just media platforms that have been affected, Government sites like Queensland Health, local community groups, such as Micah Projects, Kurilpa Futures, and local politicians Jonathan Sri and Amy MacMahon have had their posts removed as well.

The response to Facebook’s actions today demonstrate just how reliant we have become on this social media platform since it launched on February 4, 2004.

Councillor for The Gabba, Jonathan Sri told the Westender today, that the move by Facebook appears to be an arbitrary and broad-brush approach to shutting down page content.

“It smacks of totalitarianism.”

Member for South Brisbane, Amy MacMahon – whose site has also been suspended – told the Westender:

“It’s particularly concerning to see the pages of crucial public services like Queensland Health and the Bureau of Meteorology caught up in this fight.

Ms MacMahon said she is hopeful that this is only temporary.

“But we’re not the only ones – local independent journalists, local not-for profits like Micah Projects and campaign groups like Stop Adani have also had their pages suspended.”

So Facebook considers @qldhealthnews to be news as well? During a pandemic? C'mon Mark Zuckerberg pic.twitter.com/8yqUNuI9p4

Keep up with Westender News

There are some reports of some sites now being restored but the question is, how long can we continue to rely on sites like Facebook. They have flexed their muscle and shown us just what they can do.

You can subscribe to our email list by adding your email at the end of this story.