Singing in the Brisbane Chorale 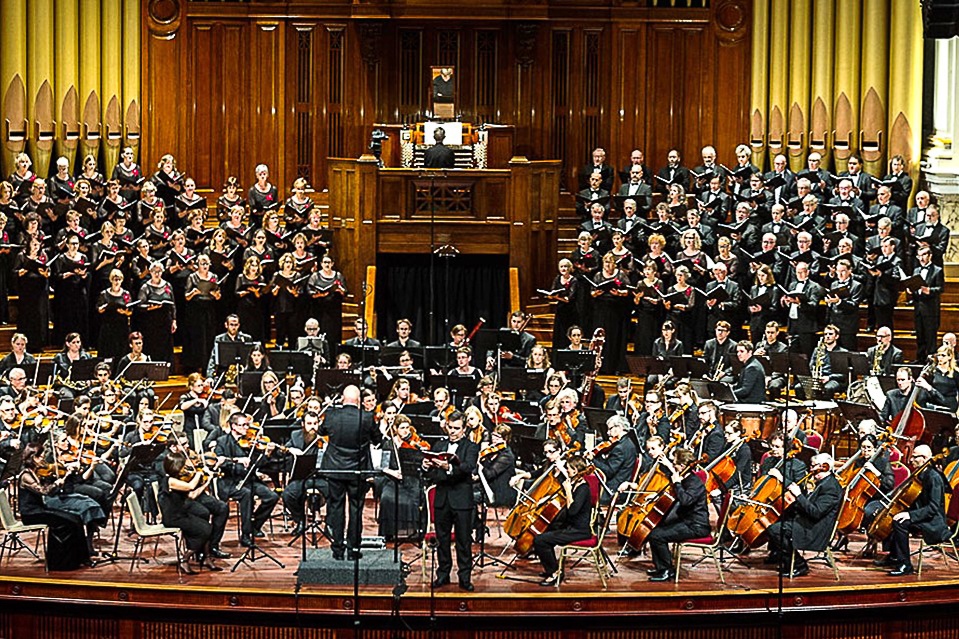 Nine years ago I arrived at the Griffith University Conservatorium for my audition with the Brisbane Chorale. I had sung in choirs at school and university and done some singing in a small group and in a band I formed with friends, but I had never done an audition before. I didn’t know if I was up to the standard required but figured I had nothing to lose.

Emily Cox, the Chorale’s conductor, welcomed me in and started with some simple vocal exercises, playing a series of notes on the piano which I then had to sing. She played a couple of chords and asked me to pick out individual notes, something I’d done in piano exams many times. I passed. I’d be singing Alto.

We’ve done gigs with the QSO at QPAC, concerts at City Hall, and even the Doctor Who Spectacular at Boondall Entertainment Centre in front of 8000 people. In 2014 we travelled to Auckland to perform with the Auckland Choral in their city hall. We’ve sung at one member’s funeral—an Irish Farewell—and if it’s someone’s birthday, they’ll get  a rousing version of Happy Birthday in four parts.

But last year, like everything else, rehearsals ground to a halt. We were preparing for a performance of Brahm’s German Requiem as rumblings about the Coronavirus were becoming louder. We had other concerts booked and we’d already sold some tickets. Some members were becoming fearful and staying away from rehearsal, then the committee called it: we had to quit rehearsals indefinitely. Then came lockdown.

Rather than let it all drop and lose the connection we have with one another, Emily sent regular messages and videos with breathing exercises to keep us in good singing shape. A small group of singers were brought together and the rest of us joined them via Zoom for a rehearsal, to keep the music front of mind, but also to remind us we were still part of something.

Finally, after five months, we were able to resume rehearsals. We moved from the Conservatorium to Kelvin Grove college auditorium so we could spread out and have windows open. It was a strange experience singing at a “social distance” from other members as I can hear my own voice more distinctly instead of blending with the voices around me, but it was so great to see familiar faces again and be back working together even though we still didn’t know whether the concert would go ahead. Then, in November, eight months later than scheduled, we were finally able to perform the Brahm’s Requiem to two sell-out crowds.

Something about that forced break and the isolation has strengthened the choir; it’s as though it’s made us value it more, recognising it as more than just something to do on a Wednesday night, but as something we are part of.

We are now preparing for our next concert, Karl Jenkin’s The Armed Man. Premièring in 2000, it’s called “a mass for peace”; seems appropriate for the times we are living in. It will be performed with the Sinfonia of St. Andrew’s at City Hall on Saturday, March 27th.

The Brisbane Chorale is always looking for new members. Details can be found on the website: https://www.brisbanechorale.org.au. and there is a YouTube channel where you can hear us preforming the Brahm’s Requiem.