An Indigenous voice can help Close the Gap 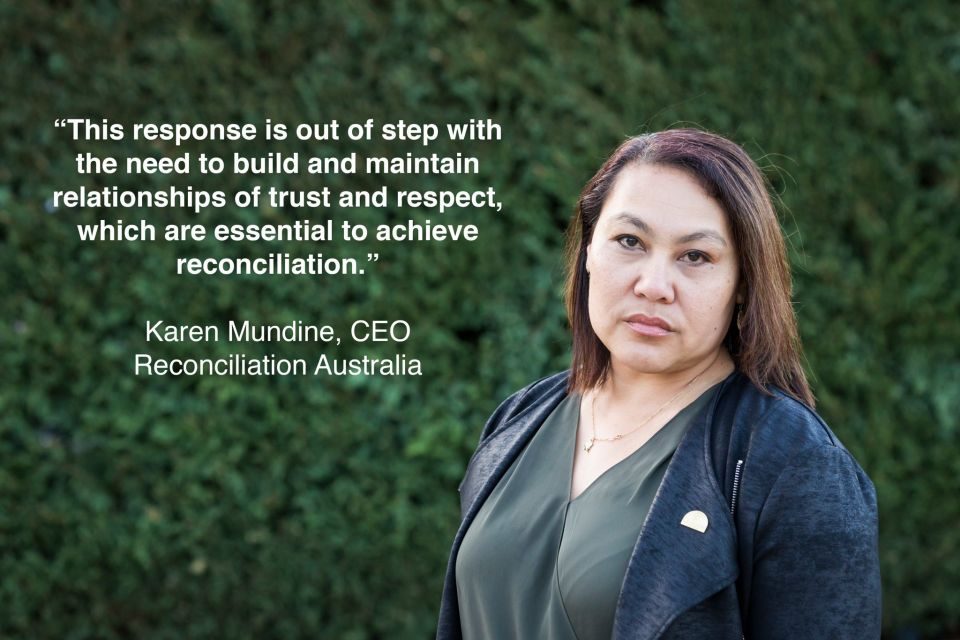 The establishment of an Indigenous voice to parliament would help address key problems outlined in a 10-year review of the Closing the Gap strategy, says Reconciliation Australia CEO Karen Mundine.

Reconciliation Australia echoes calls for the Federal Government to reset its approach to closing the gap in health outcomes, as outlined in a Close the Gap Campaign report released today.

The review found that the government’s failure to base their policies on meaningful consultation with Aboriginal and Torres Strait Islander communities is a core reason why the strategy failed to significantly improve health outcomes.

The Referendum Council last year proposed a constitutionally enshrined voice to parliament as a mechanism that would empower Indigenous people to have a voice on laws and policies that affect them. The proposal was rejected by Prime Minister Malcolm Turnbull, who said it would fail at a referendum – despite polling showing it had support.

Ms Mundine said the review provides further evidence of what the Uluru Statement outlined last year – that there is a need for structural reform to ensure Aboriginal and Torres Strait Islander voices are heard.

“It’s well known and accepted that a major contributor to policy failure is that Aboriginal and Torres Strait Islander peoples are left out of the design and decision-making process.”

Ms Mundine welcomed the government’s planned overhaul of the Closing the Gap strategy, saying it offers a crucial opportunity to reset the relationship and work in genuine partnership with Aboriginal and Torres Strait Islander people.

“This is precisely what the Uluru Statement was calling for and why the Referendum Council put forward its singular constitutional recommendation for an Indigenous voice to parliament. Because progress is contingent upon governments and policy-makers listening to and engaging with Indigenous people and organisations on issues that directly affect their lives,” she said.

“We know this approach is key to making real progress and we are eager to see this sentiment backed up in practice.”