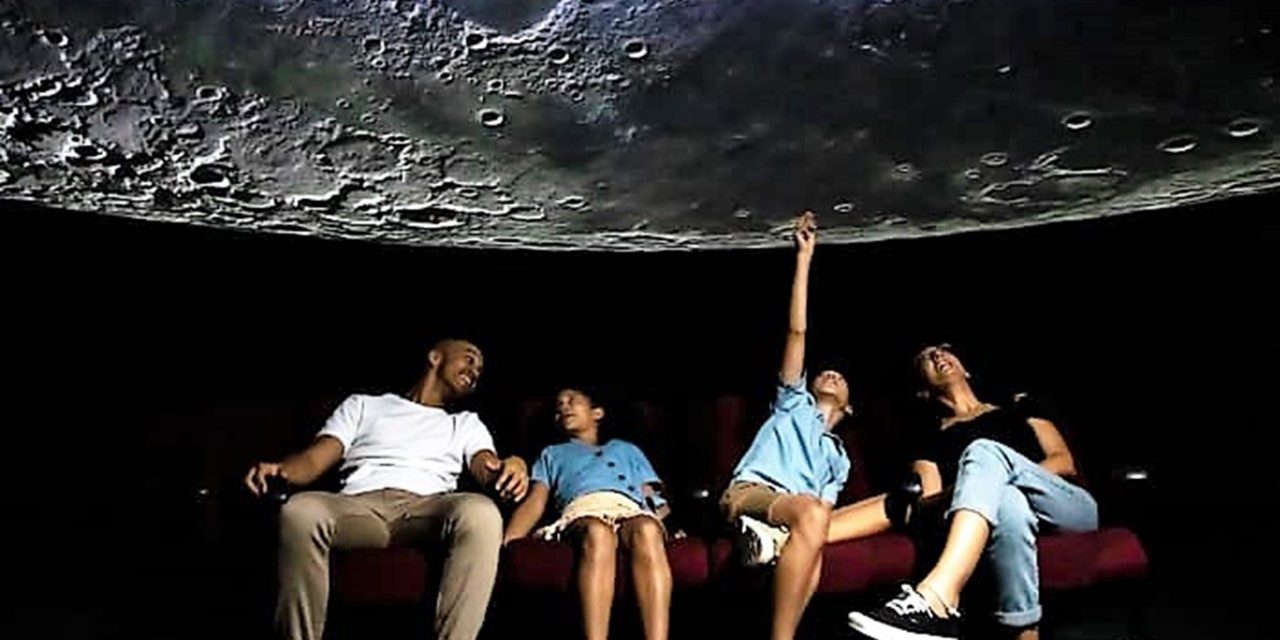 You don’t need to be a Billionaire to take a journey through space, thanks to Brisbane’s much-loved Planetarium launching a new Sunday Live program.

Due to popular demand, the Planetarium is expanding its flagship live program by launching a new Sunday series of Afternoon Live shows.

Astronomer Duncan Waldron said the Planetarium recreates the night sky by projecting stars and planets onto its domed projection surface.

“We have a hemispherical dome that is twelve and a half metres in diameter. We project the night sky on to that. We have an array of half a dozen digital projectors, that project an image that is effectively generated in software onto the dome.”

Mr Waldron said they try to avoid any comparison with a cinema or the movies because the shows are so much more than that. The Planetarium  is essentially a digital recreation of the night sky, with presenters that are able to answer audience questions after a show.

“They really have to be able to sit still and quietly during the show. In our children’s shows we’re much more forgiving and flexible.”

“I think there is sometimes a perception that the Planetarium is for children. I want to dispel any notion that this is a place that is just for you to come because you bring in the kids – we are here to serve every sector and age of the population.”

The Planetarium unofficially describes its Saturday Afternoon Live show as their flagship show.

“It is pretty much our most popular show and regularly sells out. Especially under current conditions where our maximum capacity in the dome is limited.”

This coming weekend the Planetarium will feature special lunar-themed shows to celebrate the 50th anniversary of the Apollo 15 Moon landing.

“The Moon is a very interesting thing. And it’s something that’s easy for anyone to see. You walk out into your backyard, and you can see the Moon. So, it’s a fascinating thing and we hope we’ll be able to explore a little bit more with our audience and get a greater sense of the wonder that is present in the Moon at all times,” Mr Waldron said.

In their 50-minute live shows, the Planetarium’s expert presenters chart a course through the wonders of our Solar System, past the most distant space probes, beyond the stars that form the familiar constellations, and out of the Milky Way galaxy.

Mr Waldron says every show has a live presentation at the end, where the presenters describe the current night sky.

“No two shows are the same, even if it’s the same presenter doing all the shows. We have a small number of presenters, and we all have our own particular take on the night sky and the things that we like to mention in particular.”

“We do get people coming back to a show time after time and getting something new out of it every time.”

So, Mr Waldron encourages people to sit back and relax in the Cosmic Skydome under immersive views of the night sky and the universe around us while the expert astronomers take you on a journey of discovery through the wonders of space.

Bookings are essential. You can book online and pay in advance HERE

The Planetarium also includes an observatory, Galaxy Gift Shop and Sundial Courtyard. If you want to further your interest in the universe, you can find helpful links to discover more about astronomy. Stay up-to-date with the Planetarium by following their Facebook page.