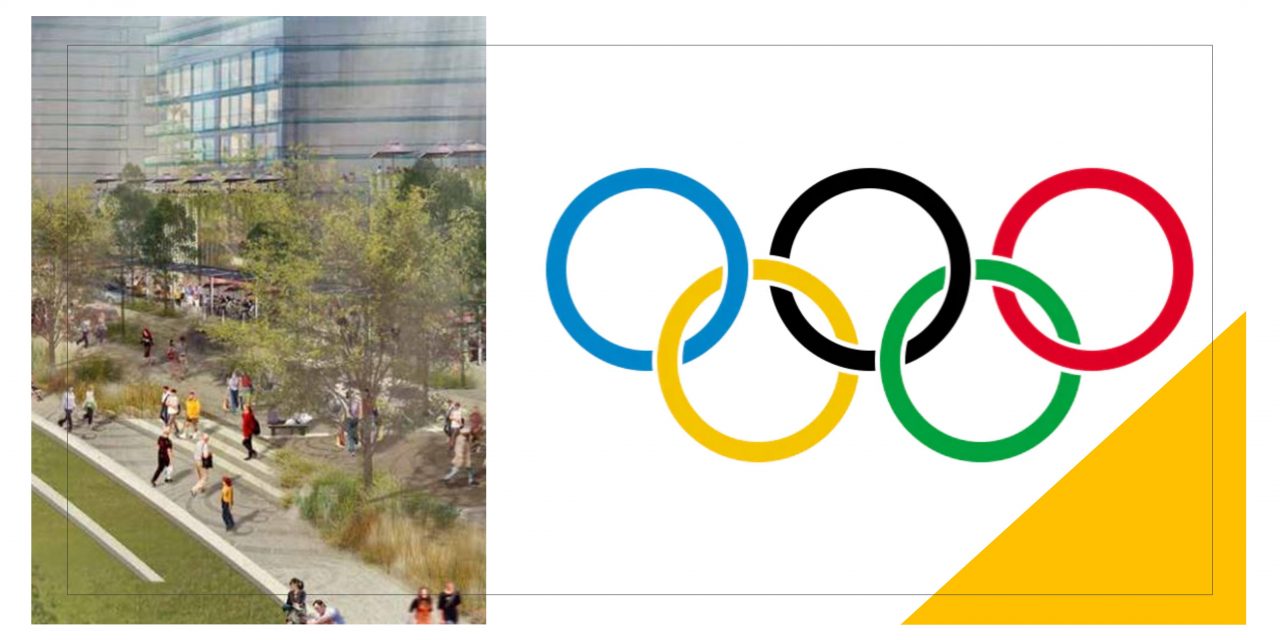 Last week, within three days of the 2032 Olympics being awarded to Brisbane, the Lord Mayor announced a proposal to purchase a 7-hectare site owned by Visy Glass on Riverside Drive for the Olympics media centre – the site to be converted to a new multi-use parkland precinct following the Games.

“The mayors of South East Queensland began the journey to pursue these Games because they realised the incredible legacy this would create for Brisbane and the rest of the region,” Adrian Schrinner said.

“This new area on the banks of the Brisbane River is precisely the type of legacy they envisaged, great new assets that would benefit all residents and make our wonderful city even better.

“For a decade and more, people have talked about South Bank being extended along this part of our river and I am so pleased we’re now moving forward to make those dreams become a reality.

Cr Schinner said World Expo 88’ had been the catalyst for the creation of South Bank and now Brisbane 2032 will facilitate the next phase of this evolution.

Fast on the heels of the Lord Mayor’s announcement, State Treasurer Cameron Dick accused him of ‘jumping the gun’. He said the government does not want to jeopardise the jobs of workers at the Visy Glass site. The Treasurer also said an organising committee should be established before major decisions are taken.

“Let’s get the organising committee established, let’s get some of the local representatives on it, and let’s work out what the sequence of projects are,” Cameron Dick is reported as saying.

The 7-hectare site comprises part of 25 hectares considered for the Campbell Newman Kurilpa Riverfront Renewal Master Plan 2014. That plan was taken off the table by then planning Minister Jackie Trad following community push back.

The spat between the Labor Treasurer and the Lord Mayor echoes their recent dispute over funding for the Council’s proposed green bridges, and does little to engender confidence in local residents that our political leaders are acting in the interests of the community first.

Plans for the Olympics will be judged differently depending on proximity from the developments: residents in the Woolloongabba and South Brisbane areas have already called for a seat at the table as plans are developed.

“We recently ran a 4101 Family Forum and parks were the number one issue raised by the participating families. We know that the area has substantially less parkland than the Brisbane average,” WECA spokesperson Sebastian Vanderzeil said.

WECA said the three major industrial sites at the northern tip of the peninsula are likely targets for Olympics infrastructure given their proximity to the city and to the major stadium at the Gabba.

“We want the development of any Olympics infrastructure to be aligned with the longer-term needs of the community, so a site that is converted to parkland is a positive for the community.”

However, WECA said the decision making for the Olympics is occurring at a rapid rate and has not included local consultation.

“The Visy site announcement was on day 4 of the 4,000+ day preparation time. Again, this announcement was made without any local consultation, echoing what we have seen to date. This is a recipe for disaster.”

“The clear learnings from previous Olympics is that deep and ongoing engagement with the affected communities builds better solutions and stronger coalitions. The other route of development by dictate has not served the host cities of Olympics well. A lack of engagement creates unrest and leads to cost blowouts when issues are raised and have to be addressed much further into the development process.”

WECA is calling for an engagement group to be established now and for a representative of WECA and other neighbourhood organisations to be included.

Kurilpa Futures has also welcomed the announcement by the Lord Mayor to purchase the Visy industrial site for the 2032 Olympic Games.

“We further support the proposal that management of this and adjacent areas be as an extension of South Bank,” spokesperson Pam Bourke said.

“Since 2014 Kurilpa Futures has been calling for Council and the state government to secure the land at Kurilpa Point for a mixed use precinct with the dominant land uses being public and environmental space and community infrastructure to cater for the 100 thousand people who will call the peninsula home. This population represents a fourfold increase in population since 2010 without significant increase in open space or community infrastructure.  There is tremendous potential for this area to be a cultural and entertainment precinct for Brisbane, South East Queensland and the wider state.”

Kurilpa Futures says this population represents a fourfold increase in population since 2010 without significant increase in open space or community infrastructure.

“Kurilpa Futures is currently working with Queensland Ballet to extend this area along Montague Road to the Thomas Dixon Centre. This cultural and entertainment precinct has a strong indigenous history to be celebrated and would support the vibrant cultural organisations already operating in the peninsula.”

Kurilpa Futures said the purchase of the proposed 7-hectare site dedicated as parkland after the Games will be central to these proposals.

Ms Bourke said Kurilpa Futures is also calling for community engagement on plans for the site.

“Kurilpa Futures will oppose any attempt to use the parkland and the Olympics as a Trojan horse for high rise over development on the river as had been proposed in the 2014 Kurilpa Master Plan. We also want to see a full social impact assessment and management plan of the Olympics including leading practice community engagement to avoid the disastrous impacts on affordable housing that occurred during Expo 88.”

Local Councillor Jonathan Sri told the Westender that the announcement for new parkland after the Olympics is on one level, a win for West End and the wider community. But he said the proposal will also delay existing commitments for the acquisition and conversion of industrial land on Riverside Drive into parkland.

“So, when you look at those timeframes in the LGIP, this announcement to deliver new parkland is going to delay the delivery of Parkland that they’d already committed to.”

“If the Council is saying the site will be used as a media centre in 2032 that means at the very best it is probably not going to be open as public Parkland until late 2033, which is 12 years away.”

Cr Sri said that given how much development there has been in West End and South Brisbane over the past few years, 2032 is too far away to deliver the Parkland needed by the community.

“We already have a soccer club that doesn’t have any field, we have people who don’t have room to let the dog off the leash, and people who don’t have room for exercise and recreation. We’ve got community events occurring in parks in close proximity to residential areas because there aren’t enough community facilities or parkland spaces. All those local issues cause conflict between people. If over the next few years, we see thousands of additional people moving into the area, which seems likely, waiting until 2033 for new Parkland just isn’t going to cut it.”

Cr Sri also said the longer Council waits to acquire these sites, the more they will cost.

“The Lord Mayor should be acquiring these sites NOW, because if he waits another five years, their value will probably have risen further, and it will cost the public even more to buy them,” Cr Sri posted on Facebook.

Cr Sri says we can expect more pre-emptive announcements from both levels of Government as they try to outmaneuver each other.

“That’s a consistent feature of politics in Brisbane. We’ve seen it before with some of the bridges for example where Council committed to delivering a bridge and then the state government saying it won’t pay for it.

Cr Sri said if residents are more engaged around the Olympics, it will be harder for politicians to get away with this kind of ‘game playing’.

“But the game playing itself is a barrier to engagement,” he said.

“For residents to be at the table is going to require a significant push, whereby locals assert their rights to have a say. It won’t be enough to just do that via elections and voting, residents are going to have to get quite militant if they want to ensure that they’re not steamrolled, because on the scale of a global event like the Olympics even the voices of five to six thousand local residents is comparatively small compared to the money that’s on the table.”

It will also be essential for government to engage with First Nations as they plan for the Olympics.

“It’s certainly not my place to speak for First Nations peoples, but I will say that a few of the Aboriginal activists I’ve talked to have a very recent experience of the Commonwealth Games where the government said it would consult meaningfully with Aboriginal people and foreground their voices and give them a meaningful platform, but at the end of the day, the experience for a lot of Aboriginal people coming out of the Commonwealth Games was pretty negative,” Cr Sri said.

“There were certainly a lot of indigenous cultural elements incorporated into the opening and closing ceremonies, but those deeper concerns of recognizing Aboriginal sovereignty, providing housing for vulnerable Aboriginal people so they weren’t forced out of the Gold Coast, etc – those were completely overlooked. And I think we’re likely to see that again here.”

“We did not consent.” Community reacts to Brisbane Olympics bid

More on the Brisbane Olympics HERE.