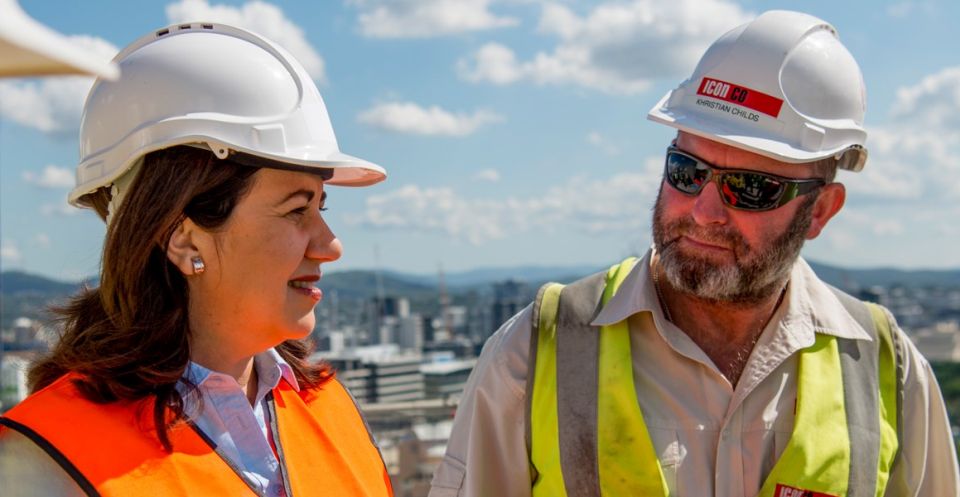 Labor Leader Annastacia Palaszczuk is set to form Government in Queensland, having achieved an outright majority of seats in the new Parliament.

Here’s the state from the soon-to-be Premier of Queensland:

I have had a call from Tim Nicholls, leader of the Liberal National Party, conceding defeat in the State election. I wish him and his family well.

The Electoral Commission has now declared a majority of seats have been won by the Australian Labor Party.

I visited the Governor and advised him I am confident I can command a majority on the floor of Parliament.

The Governor has accepted my advice and I have recommended that the new Government should be sworn in on Tuesday.

For Queenslanders, this means a strong, stable majority Labor Government dedicated to working for them over the next three years.

A strong, stable majority Labor Government, that I lead, will be committed to:

Labor Members of Parliament will represent Queenslanders from the Torres Strait to the Gold Coast; from all major regional centres in between – including Cairns, Townsville, Mackay, Rockhampton, Gladstone and Maryborough; and from across south-east Queensland – Redlands in the east, Caboolture in the north, Ipswich in the west, Gold Coast in the south and here in our capital of Brisbane.

Personally, I want to thank the people of Inala for their confidence in me and all the ALP branch members and supporters who assisted me in my re-election campaign.

As Premier, I will continue to work for all Queenslanders.

I will continue to deliver what I promise.

I will continue to put Queenslanders first.

It’s easy in politics to talk about a problem and blame someone for it, but the really hard – and meaningful – work is finding lasting solutions to those problems.

I made it clear when I became Labor Leader five years ago, that my focus was listening to Queenslanders and finding answers to their concerns.

There were a lot of Queenslanders who voted for Labor for the very first time at this election.

I know that it was a decision that they didn’t make lightly.

I know this because I spoke to many of these Queenslanders – young and old – in their homes, in their workplace and in their communities.

To them, I recommit my Government to the key priorities of jobs, health and education.

Queensland’s best days are ahead of us.

The Australian Bureau of Statistics has just confirmed Queensland’s jobs growth gathers pace with last month’s trend unemployment rate adjusted down from 5.9% to 5.8.  This means 136,800 jobs were created in our first term – the equivalent of more than 130 new jobs every day.  The ABS has also confirmed Queensland’s record-breaking export performance continues to strengthen with $71.4 billion in overseas sales over the 12 months – an increase of 61% during our first term.

Queensland always wins when we work together, and that’s what my Government will do – we continue to work with Queenslanders.

There has been a lot of comment about this election making me the first Australian woman to be elected for two terms as a Premier.

Let me be clear – my focus is on making the lives of Queenslanders better, not making records.

However, I am proud that this Australian milestone is a Queensland milestone.

Let’s also remember Queensland women had to wait 45 years longer than men to get the right to vote in the first place.

We have come a long way, but we need to continue to ensure all Queenslanders have equality of opportunity.