Leave no Australian behind in disasters and emergencies. 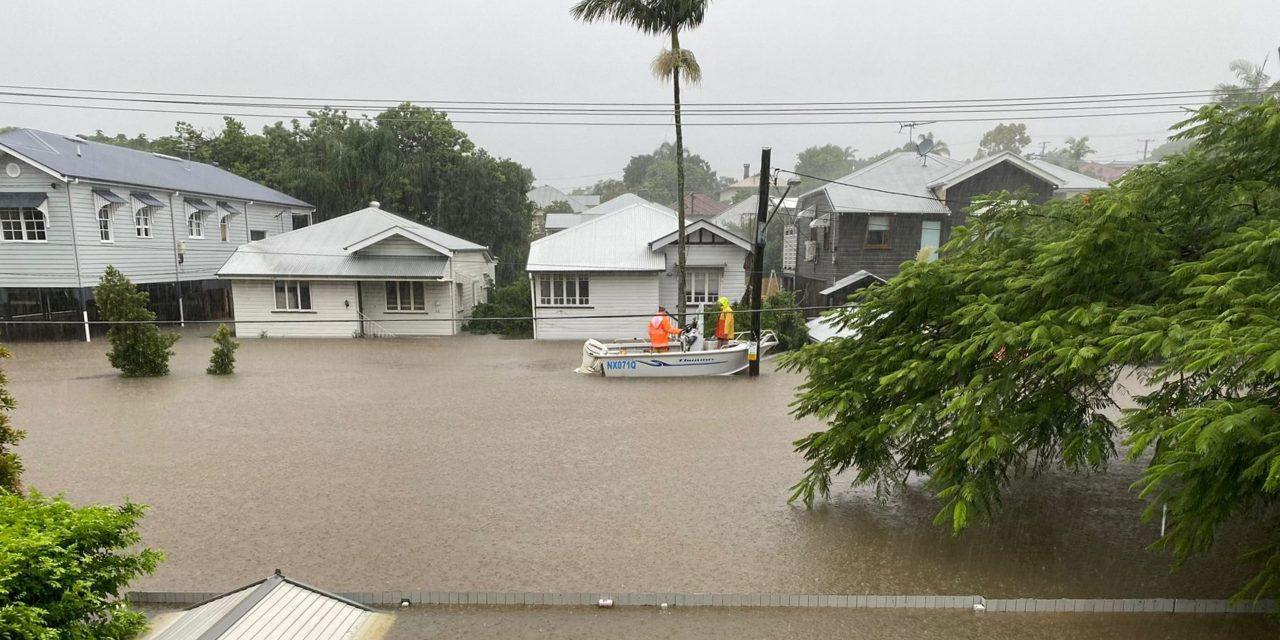 Locally, among the key issues to have emerged from the Brisbane flood in late February and early March have been the impacts on people living in high-rise accommodation. Some residents were stuck in apartments for several days with no electricity and no way to exit their building. These issues disproportionately affected people with disabilities. We have heard the story of at least one local resident who relies on a wheelchair, having to be carried down several flights of stairs after floodwaters in the basement receded – there were probably many more in similar circumstances.

Today, a coalition of 40 leading disability rights and advocacy organisations has endorsed a pre-election open letter to politicians across the country demanding a new approach and more resources for improving disaster and emergency responses for people with disability.

Michelle Moss, Director of Policy and Strategic Engagement at Queenslanders with Disability Network, was instrumental in bringing together the organisations to sign the letter.

Ms Moss told the Westender that there were significant impacts in West End for people with varying needs of physical mobility and vision impairment where lifts were shut down, and people were stuck in apartments. She said people also experienced difficulties accessing support workers who could have assisted with their basic needs.

“The open letter talks about those disproportionate risks and specific needs people have around their disability.“

The letter outlines a series of critical outcomes the disability sector is seeking – to develop planning, programs and services that will better prioritise the needs of people with disability during floods, bushfires, cyclones, droughts and pandemics. It targets all parties and candidates contesting the upcoming federal election and calls for no Australian to be left behind during disasters and emergencies. The letter notes that the Disability Royal Commission stated that people with disability are at a much greater risk of neglect during emergencies. They say this is evidenced by the lack of prioritisation and equitable support seen during recent catastrophes, including the COVID-19 pandemic and the recent floods in South East Queensland and Northern NSW.

Ms Moss said that regardless of when the warnings come in, and whether or not they are delayed, having a plan is crucial to setting out what people will need to take with them, particularly around health assistance, communication devices, and medications. This, she says, has a different overlay of complexity for people with disabilities.

“That’s why it’s so important that people are able to think through what their needs are, and have a plan in place across those different needs around their disability and their health. I think there is also the issue of how people get information and know where they can go to find out about the warnings, to have access to devices and the digital world, and the skills to access the Brisbane City Council dashboard and to monitor that.”

Ms Moss said, one of the important things we can do with people with disability is to think about who is in our neighbourhoods and who our neighbours are, “because often, they are the people that you need to reach out to and have connection with”.

“There is a really important element of community resilience before, during and after a disaster or an emergency, that is about community strength and what the community can do.”

The open letter calls for urgent and immediate action, investment, and commitment to a national approach to improve the safety and wellbeing of Australians with disability before, during and after a disaster or emergency.

Ms Moss said that the role of local communities is vital, but we need to avoid duplication and reinventing the wheel, or making responses that may not necessarily be best practice or evidence-based. So the letter says it is important to have a national plan and roadmap to deliver on disability-inclusive disaster preparedness, resilience and recovery, and investment for multi-sector targeted responses underpinned by collaborative and inclusive research.

Ms Moss said the signatories to the letter hope to get some traction at the coming Federal election for a commitment to prioritise people with disability.

Some of the next steps in the recovery are to understand from the community what are the things that did work and what didn’t work, Ms Moss said.

Each of our elected representatives, across the three levels of government is seeking feedback from residents on the impacts of the flood.

See links to their surveys below: