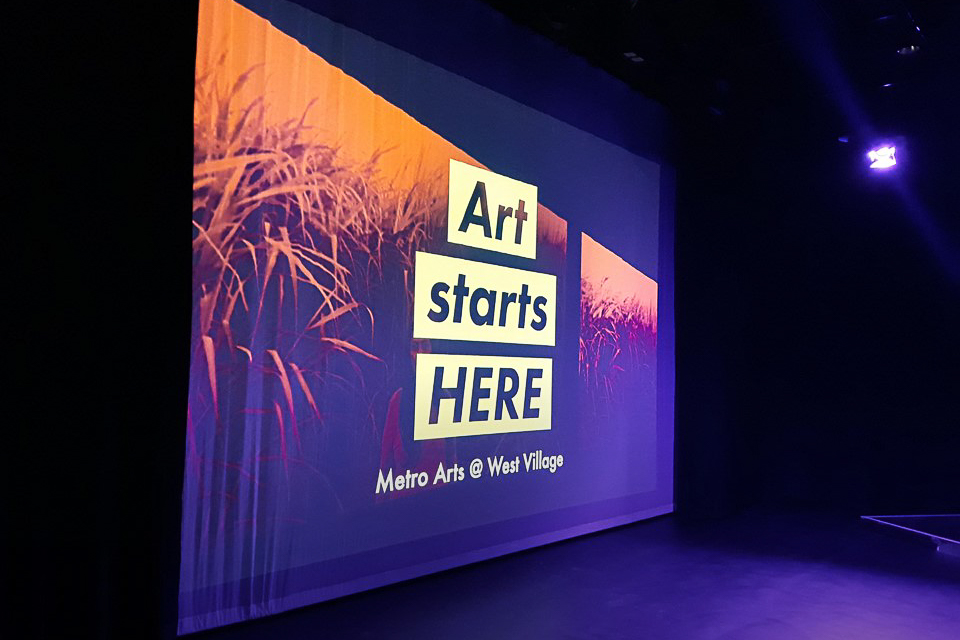 The upgrade has been made possible by a combination of public and private support. Metro Arts has received 4-year’s federal funding from the Australia Council for the Arts and has entered into partnership with West Village’s development partners Sekisui House and Hutchinson Builders.

Opening a cultural precinct during a global pandemic is not an easy job. Metro Arts is organising small gatherings and offering previews of their new exciting spaces. On 2 September, Metro Arts invited the media to attend the preview introduced by Metro Arts Board Director Fiona Hawthorne.

Amid the noise of the construction site, we heard from Shannon Ruska who gave the Welcome to Country, Sales Representative of West Village, Megan Barron who told the story of the heritage-listed building that now houses Metro Arts, the Member for South Brisbane, Jackie Trad who spoke with excitement about the contribution of the arts to the economy, Metro Arts CEO and Creative Director Jo Thomas who remarked on the autonomy of Metro Arts amid the new partnerships with the private sector, and artists Dale Harding, Leah Shelton and Lisa Fa’alafi who spoke about their journey as artists and creative directors under the guidance of Metro Arts.

Metro Arts remains committed to being an artist-centred cultural organisation, and remarked this by giving artists the opportunity to cut the inaugural ribbon.

The new venue includes a theatre with a capacity of over 100 people, two galleries, two studios, and a bar.

Metro Arts is about to launch its West End chapter with its participation in the Brisbane Festival which will begin on 4 September.

It is exciting to have Metro Arts in West End and we hope that their cultural precinct will support the already existing and vibrant art centres and spaces including House Conspiracy, Black Lash, Sideshow, OneSpace, Vacant Assembly and all the others.