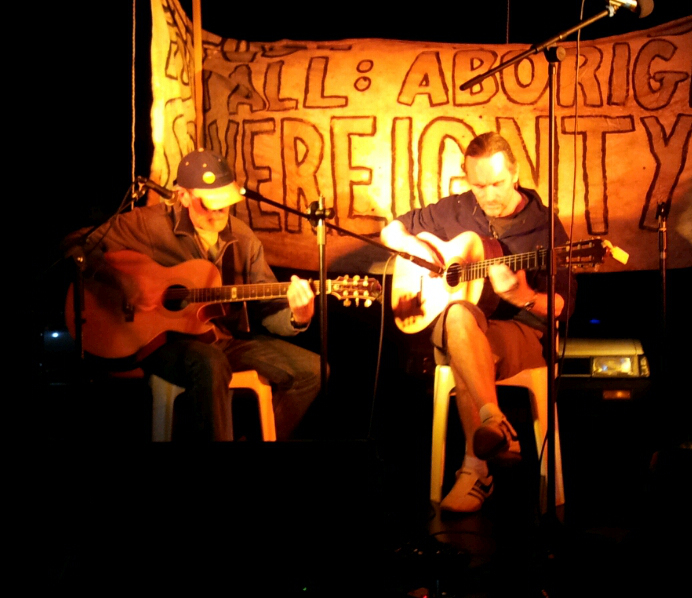 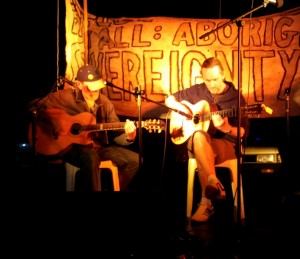 A sovereignty concert at Musgrave Park commemorated the 1982 concert on the same ground at the Commonwealth Games which established the Sovereignty movement in the minds of the people of West End and South Brisbane.

Teila performed in memory of her Dad (Ross Watson) along with Rod, Andrew Paine, Marley, the Bim Bimbis (Trevor and Graeme) supporting Ian Curr and Phil Monsour. Harpist Bart performed on the closing day after the Sovereignty talks on G20. MC, Boe Knows; Marley & Phil on sound; Tony Mockeridge (Three Miles from Texas), Phil Monsour and Jumping Fences for the sound and lights all contributed to make the event a great success.

People are welcome to participate and help organise this event and other fundraising activities like it. There will be a fundraiser at Kurilpa Hall in November (date to be announced) to pay Wayne (Coco) Wharton’s fine for his defending the Sacred Fire and to contribute towards the Tent Embassy food program.

All are welcome to the sacred fire at 121 Cordelia Street West End on Wednesdays!