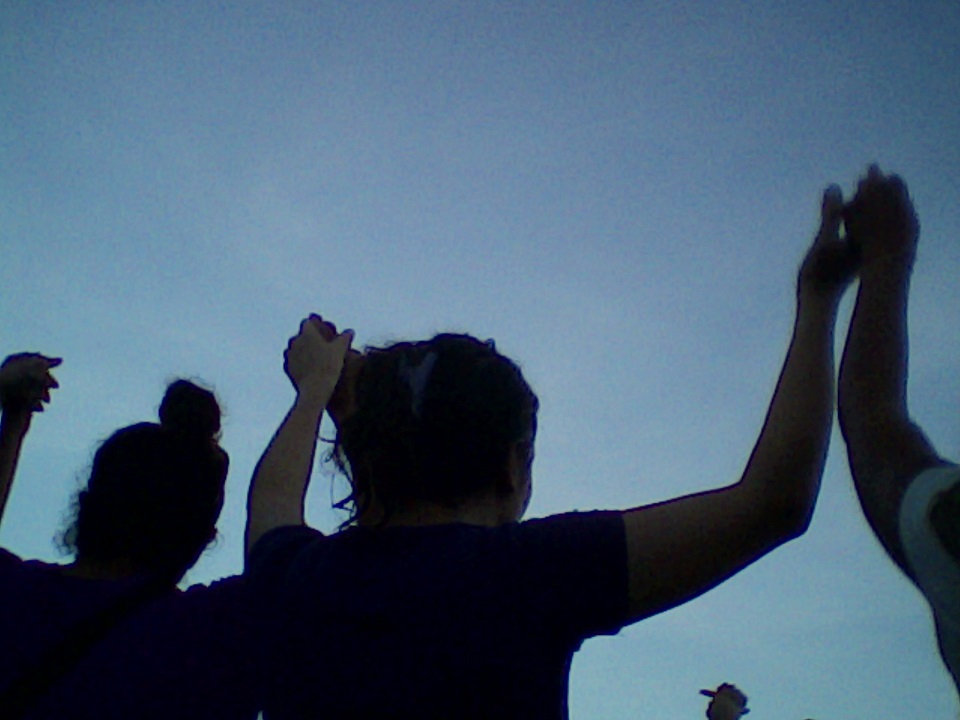 Concentration camp victims call out
“Help us or kill us.”

A message just in from Offshore Processing Centre 3 (OPC3) on Nauru claims that a resident commited suicide on October 2. This latest tragedy from Australia’s concentration camps has not been reported elsewhere and Westender so far has no corroborating evidence.

The message dated October 3 is …

“we won`t give up whatever rain or storm … “

last night another single adult who was here alonely,gave up her life and commited suicide by taking many tablets and cutting herself..  tala.

Activists say suicide attempts are on the rise and more than a dozen asylum seekers have sewn their lips shut on Nauru since the Abbott government announced changed visa arrangements last week.

Under the changes boat arrivals on Christmas Island and the mainland could access temporary protection visas or newly created Safe Haven Enterprise visas, but detainees on Nauru or Manus Island won’t be eligible.

Activists say this has sparked frequent protests on Nauru, and what one person has described as an “epidemic of self harm”.

More than a dozen attempted suicides; and around a dozen adults and children sewing their lips together — that’s the impact of the Abbott government’s recent visa decision according to activists.

The Refugee Action Coalition’s Ian Rintoul is calling it an “epidemic of self-harm.”

“You’ve got the young woman who is in hospital in Sydney after drinking laundry liquid. There’s at least another six of the minors who have cut themselves in one way or another. It’s an epidemic of self harm.”

On Saturday the government confirmed that a 15 year old girl held on Nauru had been medically evacuated to Australia.

Recent reports from the Refugee Action Collective do not refer to this incident and there are no official reports of the suicide. 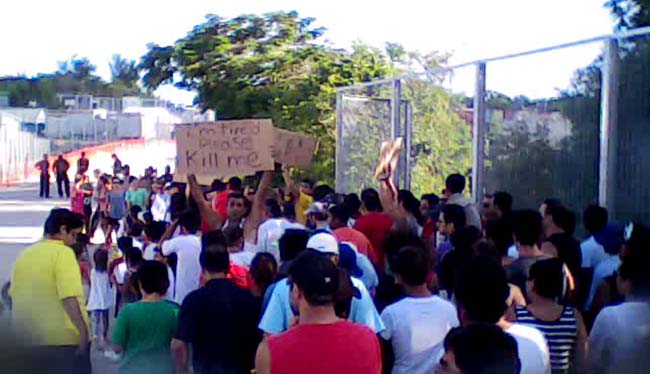 The protests by asylum seekers and refugees on Nauru that began on Thursday 25 August are continuing, and have now spread to the single men’s camp, OPC 2.

The daily protests inside the family camp show no sign of slowing down. Every evening, between 300 and 500 asylum seekers gather to protest against proposed Australian government policy that would see them left doubly discriminated against and facing a life sentence on Nauru.

Under the proposed temporary protection visa legislation, asylum seekers who arrived on the same boats as those sent to Nauru and Manus Island, will be processed and resettled in Australia.

The asylum seekers have been enraged by recent Immigration Department promises to improve the conditions, such as food and water, in the family camp. “They think they can deceive us,” one asylum seeker told the Refugee Action Coalition, “It is hypocrisy to say they are improving services while denying our future.”