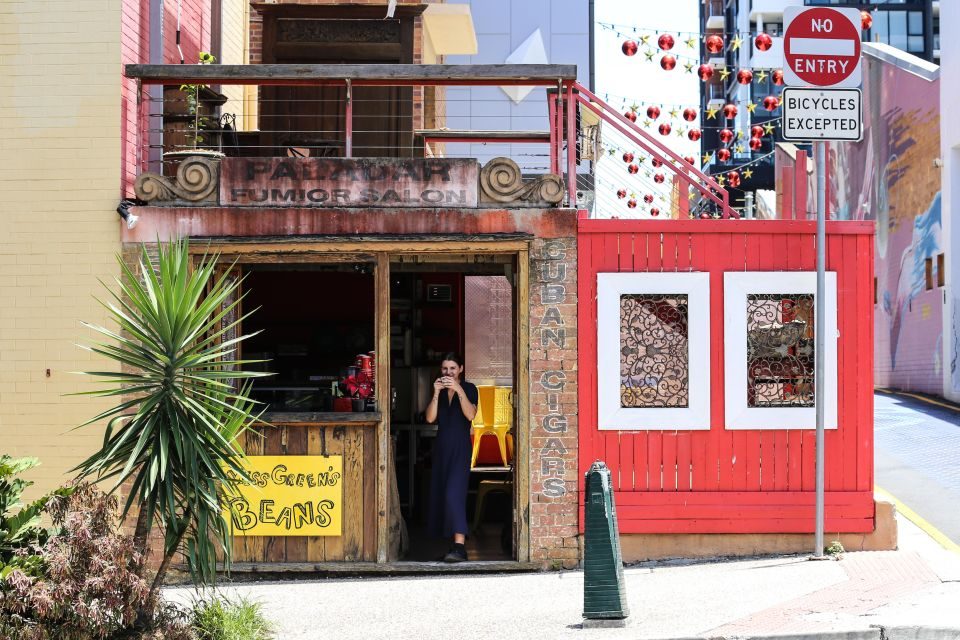 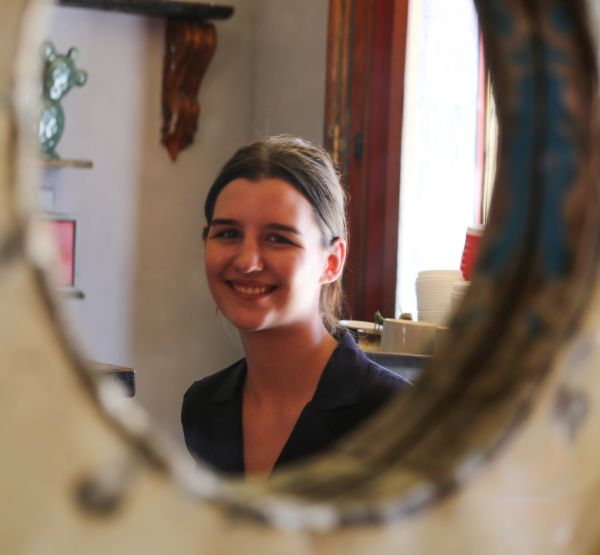 “What, no cigars?” Sinead Green of Miss Green’s Beans

The most common question barista Sinead Green is asked at her new South Brisbane coffee shop is ”do you still sell cigars?”.

While customers are disappointed to learn that Cuban cigars are no longer available, they are delighted that the distinctive red Paladar Fumior Salon on the corner of Fish Lane and Merivale Street has reopened and is continuing its reputation for great coffee.

20-year old Sinead recently returned to Queensland after a short stint in Melbourne where she completed a Visual Arts Diploma at RMIT and managed a funky cafe in St. Kilda.

Now studying psychology in Brisbane, Sinead has joined forced with Mum, Brigitte O’Brien, to spruce up the Paladar and offer coffee to locals under her own brand “Miss Green’s Beans”. 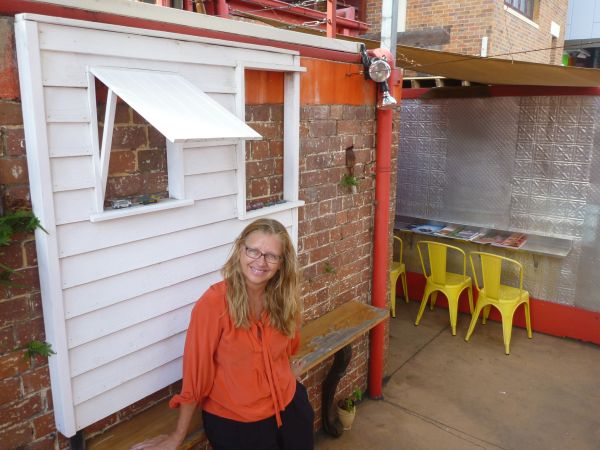 And while it no longer sells cigars, the Paladar might sell dreams. Just a couple of steps inside past the espresso machine, Brigitte runs her talent agency, M A X Talent Management. M A X stands for “Models, Actors and Extras”.

Brigitte has been in the modelling industry since she was a teenager and recently discovered a love for acting. She has appeared in short films, feature films, corporate videos, music videos and as an extra in the Warner Bros. film San Andreas that was shot in south east Queensland.

Last year, she decided to use all her experience to set up an agency to work with emerging, experienced and professional talent.

While Brigitte is the first to tell aspiring actors and models that success comes from hard work, she acknowledges that some of Hollywood’s biggest stars got their break after being “discovered” in a cafes, restaurants and bars.

“Academy Award-winner Natalie Portman started modelling after she was discovered by a Revlon representative in a pizza parlor in New York. She was just 11,” Brigitte said.

“And another Academy Award-winner, Matthew McConaughey, got his career break in a hotel bar in Austin, Texas when he met a producer/casting director which led to his first movie role.

“While I’m realistic about finding ‘the next big thing’ when they order a macchiato from Sinead at the counter, we did deliberately partner the coffee shop and the talent agency so we had somewhere different for my clients and potential clients to come.”

Brigitte said she loved the space. “It’s perfect for photo shoots and music videos and, after lots of inquiries, we have decided to make it available for hire.”.

Sinead said working out of the popular Paladar building was a wonderful welcome back to Queensland.

“Every day I have new faces coming in, plus a few regulars now, and I just enjoy being part of South Brisbane and West End,” she said.

“This is the only place along Fish Lane where you can get a Segafredo coffee,” Sinead said.

“We use the Extra Strong blend which is made with Arabica coffee bean varieties. Its a full bodied coffee with a smooth, strong taste and my customers say they love it.”

Whether its coffee or a career you are looking for, the mother/daughter combo at Miss Green’s Beans and M A X Talent Management offers a unique South Brisbane experience.