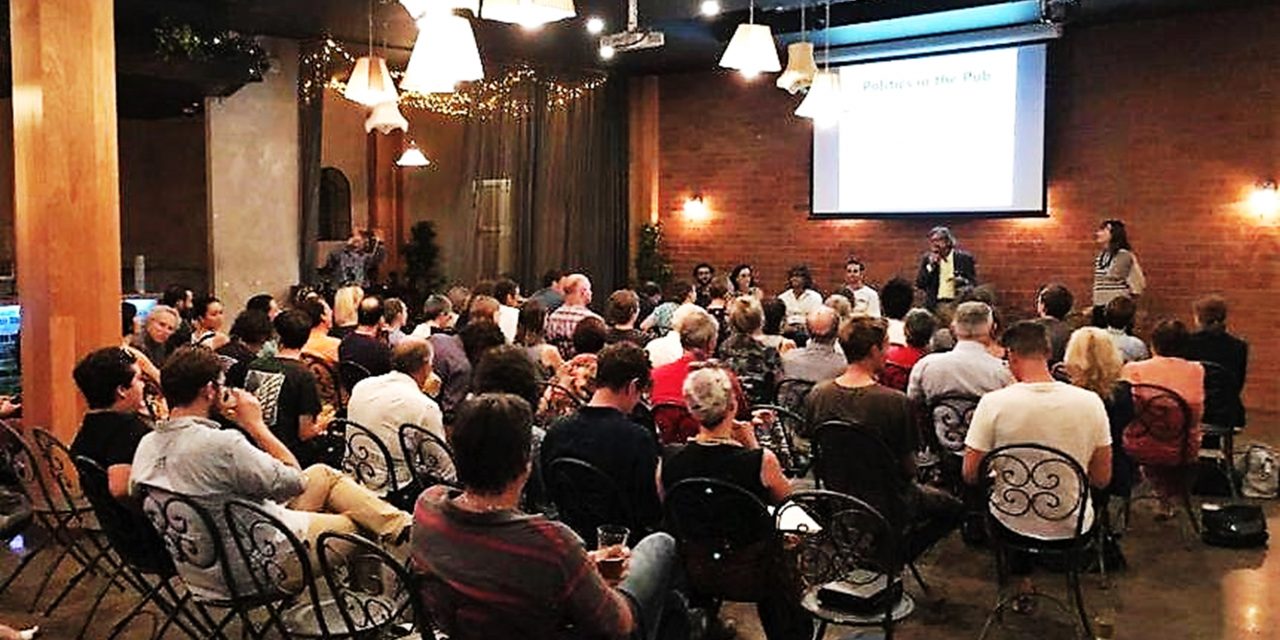 Since 2004, the West End Community Association (WECA) has advocated for the residents of the Kurilpa Peninsula, encompassing West End, South Brisbane, and Highgate Hill.

As a non-partisan, volunteer-run organisation, WECA holds ‘meet the candidate’ forums during election periods. These forums enable our community to hear the vision of each candidate and ask questions about pressing issues.

During the last Federal election, the sitting member for Griffith and the candidate from the LNP decided not to participate in our forum. The LNP candidate did not even respond to our invitation. The absence of the sitting member was noted with an empty chair with a name tag at the forum.

Our community was poorly served by their absence as we did not hear the candidates’ vision for our peninsula. We were not, as their potential future constituents, given an opportunity to ask our questions. This shrinking of our understanding of the candidates has eroded our ability to make informed decisions. It was unacceptable.

During the 2021 State Election, candidate forums for South Brisbane were run by WECA, Kurilpa Futures and in Kangaroo Point. Each was attended by Labor, LNP, Greens and minor party candidates – they were civil and informative.

Since the last Federal election, our peninsula has continued to experience rapid change. Our population has grown. Our housing market has exploded. Our schools have filled, been expanded, and filled again. Our homes and apartments have flooded again with thousands of people without access to services for an extended period. Our streets and parks have been occupied by protestors focused on issues including refugees, vaccination mandates, and climate change. Our peninsula has also been announced as a key site for the largest sporting event in the world.

The Australian Government, and therefore anyone who represents us at that level, will be our advocate in these critical issues.

We view this year’s federal election candidate forum as a critical event for our community. We undertook additional effort to support the participation of all candidates including:

We have spent every day since the election was called in discussions with candidates about the forum. We have put our case to the candidates themselves, arguing that they have a responsibility to participate. But more than that, we stated that each candidate should see this forum as an opportunity to ensure that our community understands their vision for us.

At the time of writing this editorial, candidates from The Green, One Nation and United Australia Party have agreed to participate in our forum. We have been told by major party candidates that they are making their appearance conditional on their major party counterpart also being present.

It is not good enough.

How do you expect to apply for a job as our member if you do not  attend an interview?

Democracy dies in silence. Free and unedited discussions on the issues that matter to our community makes our democracy stronger and our candidates, and our eventual political leaders, more accountable.

In our pursuit of engagement and accountability, WECA is asking all candidates to pre-record answers to the following:

WECA will then provide an unedited compilation of these answers to our community via our communication channels and the Westender.

Residents and friends of Kurilpa can become members of WECA to:

Memberships are available for individuals, concession, households, and organisations/businesses.

Become a member of WECA

Cover image, WECA’s Politics in the Pub event for the 2016 Federal Election.

Sebastian is a local resident and member of the West End Community Association management committee.