OPINION | How decades of underfunding have eroded our public health system. 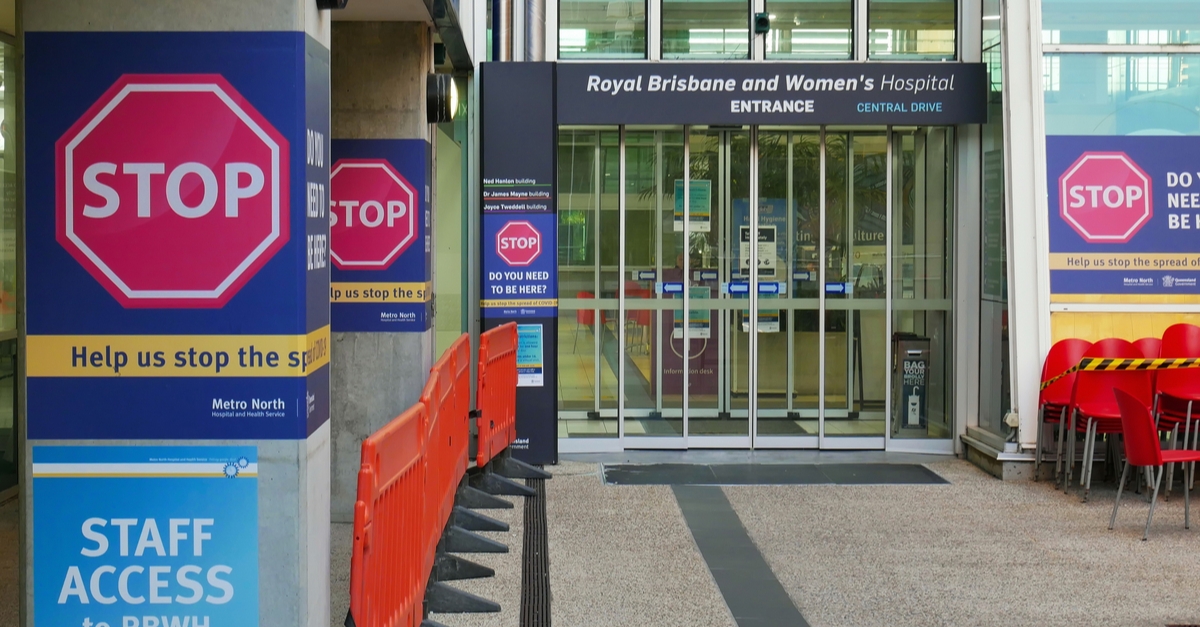 The last few months have made it clear that both the state and federal government have taken the approach of funding the bare minimum when it comes to our COVID response. For decades, governments at all levels have been giving our health, hospital and social care systems just enough to not completely collapse. The limits of this approach are now being severely tested.

The pandemic is causing inconvenience, stress, and worry for many of us. But for our disability and immunocompromised communities, the consequences of the pandemic are dire.

You might have heard about Lachlan Moore, the 28-year-old young man who tragically died of COVID in Redcliffe. Lachlan developed a bad cough, temperatures and seizures and was taken in an ambulance to the Redcliffe Hospital. He was born with Angelman syndrome, cerebral palsy and epilepsy, and was non-verbal. His mother tried to advocate for a Rapid Antigen Test for Lachlan at the hospital but was denied.

Lachlan was sent home and died within hours. His PCR test that the hospital administered came back in the days after his death – it was positive. His family will never know if keeping Lachlan in the hospital would have saved his life.

His mother recalls a slide show playing at the emergency department while they were waiting, congratulating staff on saving $200,000 by not providing patients with unnecessary cannulas.

In November 2021, Queensland Labor was still defending their decision to force hospitals to find nearly $100 million in “efficiency dividends” in the middle of a pandemic. Metro North – the region Redcliffe Hospital is in – needed to find $12.46 million in savings from its health and hospital services for 2021-22.

Despite having two years to prepare, and examples from around the world to learn from, Queensland Labor have left our public hospital and health system desperately underfunded and short-staffed. They left our healthcare workers exhausted, overworked, and burnt-out. I have heard dozens of stories from healthcare workers who are at breaking point, with many deciding to leave the sector entirely after the impacts on their health and wellbeing became just too much.

RATs were being used for worker screening in NSW as early as August 2021, and the TGA approved at-home RATs in November. Despite this, the Queensland Government seems to have only put in a mass order for them in January, and the Australian Government even later.

Why were these tests not ordered before the global shortage in late December and before we hit crisis point? Perhaps our state government thought their PCR testing system could cope, and it was better not to spend the additional money in case it went to waste.

Lachlan’s father has said they’ll never know whether the outcome would have been different if staff allowed him to stay in hospital. They’ll never know because our state government decided not to invest in our health and hospital system so that people like Lachlan wouldn’t fall through the cracks during a COVID surge.

Queensland’s youngest victim of COVID was a 10-year-old child. The Chief Health Officer described this child as having “a very serious underlying rare inherited medical condition”. Such comments are offensive and disrespectful to people with disabilities who have been doing their best over the past two years to stay safe, isolate, mask, and care for themselves and others. Deaths are neither inevitable nor justified.

This open letter from a diverse group of organisations in the disability, health, community, and aged care sectors states that, “This current environment is having a significant impact on Queenslanders with disability and pose significant risks to people’s access to basic essential supports”. They are calling for priority access to PCR testing, distribution of PPE, free RAT tests and priority access to vaccines and boosters.

Along with these measures, the Greens have been calling for our public system to absorb private hospitals. Our public system is run at such a tight margin that every year – especially during flu season – public money is used to lease private hospital beds. Millions of dollars of taxpayer money is given every year to private companies. This is no way to run a public health system that’s meant to provide universal healthcare for all of us.

The Greens have also been calling for:

How could we achieve all of this? Late last year, I moved a Bill in parliament that would have put a modest 0.05% COVID health levy on the big banks. It was based on a levy proposed by South Australian Labor. The levy would have pumped an extra $1 billion into our public health system. We consulted with the health sector on where this money could be best invested – things like new hospital beds, health staff and care-at-home capacity.

Labor Ministers told me that I was being ridiculous, incompetent and childish. Both Labor and the LNP worked to have the Bill thrown out of parliament. It was never even debated. We could have had an extra billion dollars right now to invest in our health system – instead, the major parties worked to protect their banker mates. It shouldn’t be surprising – the latest federal political donations data shows that the big four banks and Macquarie are among the top donors to the Labor, the Liberals, and the Nationals, totalling over $870,000.

It seems that the state government decided that they’d prefer to keep their credit rating and their relationships in the banking lobby than to spend the money needed to ensure every single Queenslander had access to the best health care during the pandemic. They decided that protecting the lives of disabled Queenslanders wasn’t worth it.

The state and federal governments had two years to prepare our public hospitals and health system for a major outbreak. They had the luxury of watching how the rest of the world dealt with new variants and surges in infections. There is no excuse for why Lachlan couldn’t access a RAT or why he was turned away from hospital. His death was not inevitable, but rather the results of decades of state governments mismanaging a health system rather than caring for vulnerable Queenslanders.

Amy MacMahon, is the Greens MP for South Brisbane.