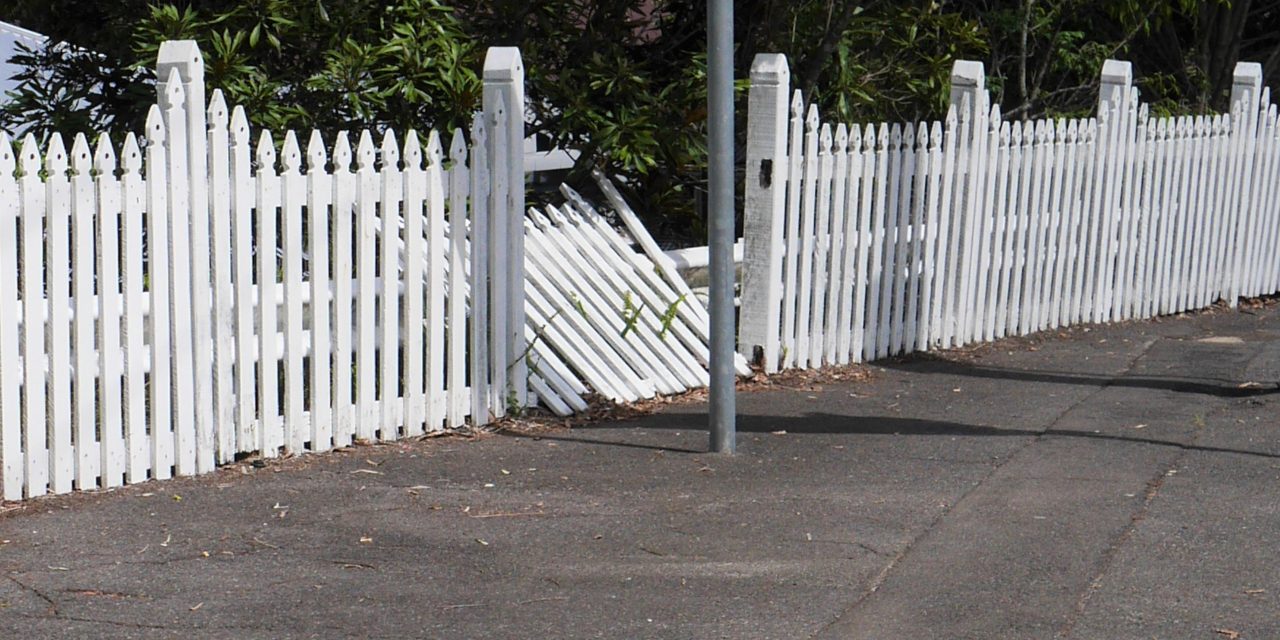 Westenders have a history of celebrating and protecting their heritage, from the re-purposing of the Croquet Club at Musgrave Park, to the preservation of the stone steps of the one time Aboriginal Girls Home at Cranbrook Place in Orleigh Park.

Sometimes, on the surface at least, these apparently unremarkable objects and places in our neighbourhoods can carry deep significance for residents. For me, and for many others I know, the white picket fence at the corner of Hardgrave Road and Ganges Street, at Dornoch Terrace, is another such object.

Tim Quinn, who is a member of the West End Making History group, also has a personal attachment to the fence. It has been in place for the 50 years he has lived in West End, and for many years before that, he thinks.

“It is a very significant part of the streetscape at a busy intersection and popular restaurant centre, where the original tram terminus and the Kurilpa Post office used to be. It is an important part of Hill End,” he told me.

The electric tram service in West End terminated at the top of Hardgrave Road from 1898 until 1929 when the service was extended along Ganges and Hoogley Streets to the ferry terminal at Park. In 1969 the trams were replaced by buses following the old tram route, as the 199 service still does today. 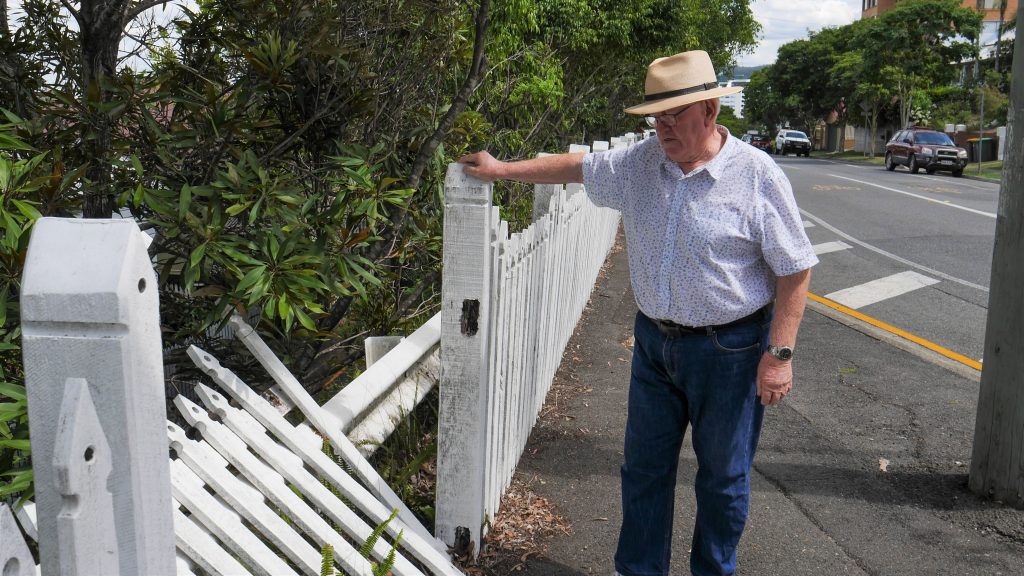 Mr Quinn says that as large parts of South Brisbane and West End are changing rapidly, it is essential that we retain our urban heritage, both within new developments, as well as in areas that are not yet subject to such intense change.

When Councillor for The Gabba Ward, Mr Quinn negotiated with the council engineers, who wanted to replace the fence with steel guard rail, and was able to get them to agree to a compromise and place the guard rail behind the fence as it is today.

However, it is some years since the fence was last repaired and it has been allowed to deteriorate – quite rapidly in recent months.  So, Tim Quinn is again liaising with Council and with The Gabba Ward office seeking commitments to have the fence restored. Council has advised that the maintenance of the fence is ‘under consideration’. Mr Quinn considers this maintenance should be core business for Council, but his concern now is that the fence will fall over before anything is done.

While it may not seem like a big issue in the scheme of things, the fence and shared community objects like it, are unique landmarks in an increasingly homogenised urban space.

These objects, Mr Quinn told me,

“… are the markers of people’s lives and memories. They are the things that make our area distinct.”