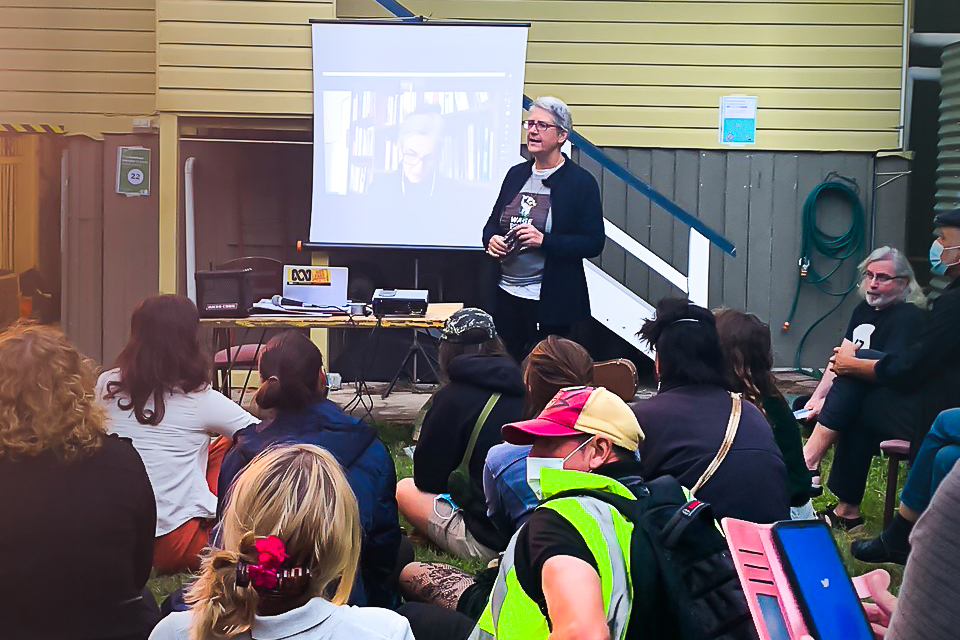 In 2006, I travelled to Alice Springs to sit in on the trial of former West End resident Jim Dowling, Brian Law,  Adele Ferguson, and Donna Mulherin. They had been charged with trespass under the Defence (Special Undertakings) Act of 1952—a law enacted during the Cold War to deal with espionage and terrorism, rather than Christian peace activists—and faced a possible seven years in gaol.

It was the first time anyone had been charged under the law and required the approval of then Attorney General George Brandis. The four defended themselves against government appointed barristers and solicitors, including Mr Begbie, the Commonwealth solicitor charged with preventing any questioning of Pine Gap employees on the grounds that it would be a breach of national security. Unsurprisingly, they were found guilty and fined, but their actions highlighted Australia’s role in the USA’s ongoing wars in the Middle East, and how little our own government knows about the activities conducted at Pine Gap, let alone ordinary citizens.

In 2016, Jim Dowling, along with his son Franz, Andy Paine, Tim Webb, and Margaret Pestorious (wife of the now late Brian Law) returned to Pine Gap. (Another man, Paul Christie, performed a similar but separate action.) They climbed through a cattle fence bordering the base in the early hours of the morning to sing a lament for the thousands of civilians killed by drone airstrikes facilitated by Pine Gap. They were immediately arrested and once again charged under the same act. 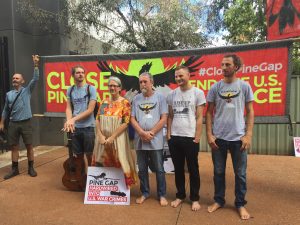 Once again I found myself on a plane to Alice Springs watching as they defended themselves against the full force of be-wigged barristers and solicitors in the Supreme Court in Alice Springs, with the same Mr Begbie jumping to his feet to prevent any examination of the activities at Pine Gap. Their witnesses included former Greens senator Scott Ludlam and Richard Tanter, who is a Senior Research Associate at the Nautilus Institute and a lecturer at the University of Melbourne on nuclear weapons and disarmament.

And although they were found guilty and fined again, they were victorious in shining a light on Pine Gap, and inspiring Alice Springs journalist Kieran Finnane to write her book about the trial called Peace Crimes, which was launched at House Conspiracy in West End on Sunday. Present were former Greens senator Andrew Bartlett and four of the pilgrims, joined by the author via video-link. Ms Finnane praised the courage of the peace activists and the power of the “ordinary person” to gain real attention, and the fact they were prepared to pay the price of possible gaol time to highlight the actions of Pine Gap and lament the deaths of innocent people as a result of those actions.

Andrew Bartlett who, at the time of the 2017 trial, made a speech to parliament about the arrests of the protesters and the ongoing secrecy around Pine Gap, spoke of his admiration of their ongoing commitment to speak out against Australia’s involvement in US wars.

Margaret Pestorious said court was a place for them to tell their story, that they are not afraid because they are “connected”. Ms Pestorious said they were simply part of an ongoing narrative and were curious about what will happen next.

Federica Caso curated an exhibition of photos, news articles, letters to the government—including a humorous one from journalist Helen Razor—asking for clemency, and the “Citizens Inspection Team” outfits worn during the first action in 2005.

“Activism is a creative response to the ongoing injustices of the world,” that asks the question, “How do ordinary Australians respond to our involvement in war?” 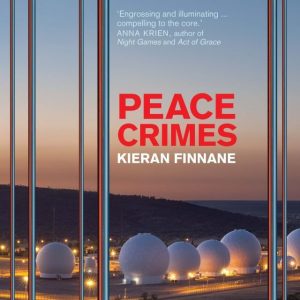 Also see from Federica Caso below