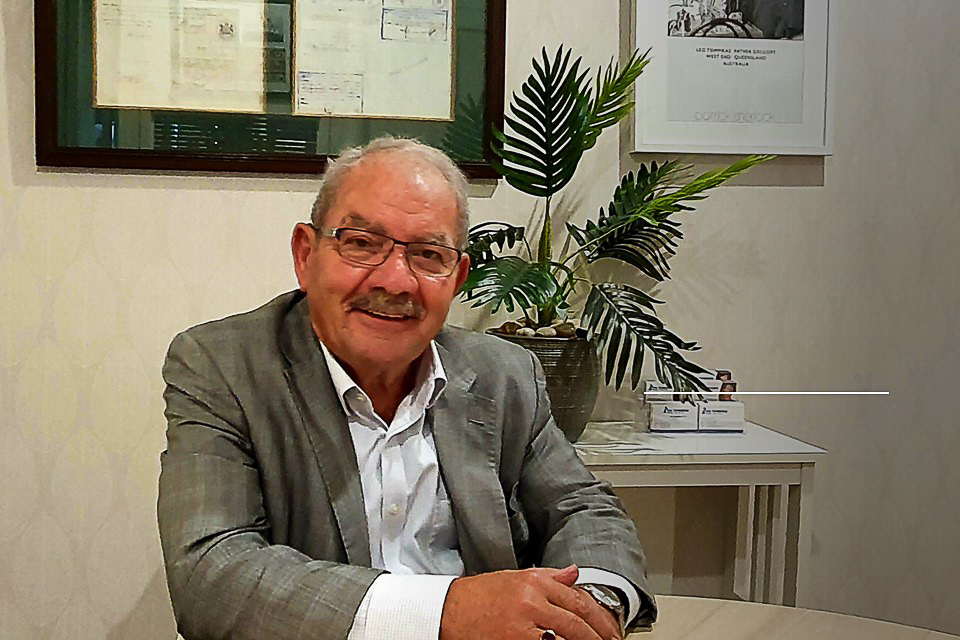 Leo Tsimpikas was born on the Greek Island of Rhodes and this story of his childhood, tells us a lot about the determined, and competitive man he was to become.

As a child of five in Greece, Leo said he was determined to be one of the altar boys. On Saturday night he would climb into his bed on top of a cupboard clad in his church clothes and the only pair of shoes he owned which were in fact a couple of sizes too small, while the rest of the family slept on the floor.

“The competition for being an altar boy was fierce. Getting there on time was critical.”

Leo said that he was good at school and he and his girlfriend aged about six or seven years, both scored a perfect 10 at school.

“Do you think that makes me a Rhodes Scholar,” Leo chuckled.

Leo’s family arrived in Queensland when he was eight and settled for the first three years on a banana farm near Mullumbimby. 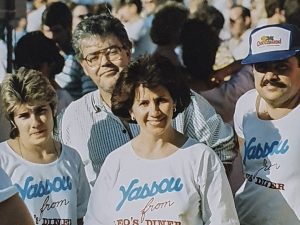 The family moved to Brisbane in 1960, and while he never lived in a house in West End, he attended State High and his life and work have been centred in the suburb, primarily because this is where the Greek Church was.

Leo is one of West End’s best-known merchants, having run a series of businesses and supporting many a needy person. His career began at the Australian Consolidated Industries Glass factory on Montague Road in 1968. ACI was a major employer in this area.

“At least 1000 people worked there” he said, “the trams ran down along Vulture Street delivering the bulk of ACI workers to the smelter.”

He then moved to West End working in real estate, joining a firm in Vulture Street, the old “Colossus Realty” run by the legendary Stan Fas. Leo stayed there until 1974 when he moved to Coopers Plains setting up a food retailing business.  Before long he decided that he could not stay away from his beloved West End, retailing was now in his blood. 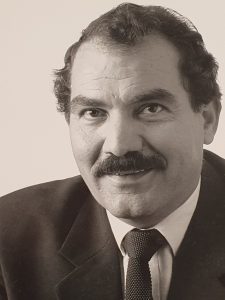 In the late 80s he came back to West End to start a café “Leo’s Diner” where El Torito Mexican restaurant is now. The diner was the product of a family collaboration. The whole family would now be involved and help. Leo said they had the best hamburgers and the diner was the first one in Brisbane to have Greek  rolls on the menu.

Leo’s Diner was situated in the old chocolate factory on Boundary Street. He loved the idea of being at this location, as he had been a life-long customer of the chocolate factory as a child. His second favourite destination was the Greek milk bar on the corner of Vulture and Boundary. 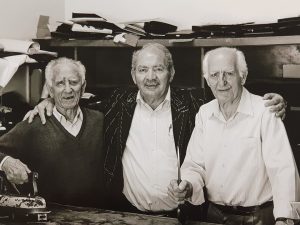 The Diner took off, great friendly service, not only did people get their take-away cheaply, but he was instrumental in feeding many of the locals who were on welfare. His generosity was exceptional. Wednesdays were particularly busy days when some of the locals took a morning trip to West End to settle accounts and pick up their welfare cheques from the Commonwealth Bank. The pavement outside the bank was crammed full. 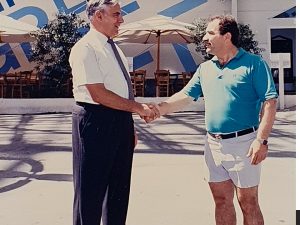 Leo (R) with Alex Freeleagus, Consul-General for Greece, at Expo ’88

Leo Managed the Greek Pavilion at the Brisbane Expo.

“I met Kings and Queens and Prime Ministers from all over the world. For someone like me, a political animal, it was the greatest experience I have had.”

Leo was involved with the Pavilion for the whole year, from February to December 1988, in what he describes as a “labour of love’. It had a little restaurant and 31 staff and 55 volunteers. 1.3M visitors came to the Greek pavilion over the course of the Expo.

Leo became the president of the West End Traders Association in the late 1980s and ran the organisation for a number of years. He then unsuccessfully contested as a National party candidate in the State Government election for South Brisbane.

“Just to put pressure on them,“ he says.

Leo has now run Leo Tsimpikas Real Estate at 128 Boundary Street for the past 22 years, before that at Post Office Square in Russell Street for ten years. His children have been very involved in the business, the third generation of Tsimpikas recently attended work in a tie, assuming that he was going straight into sales, at 14? He spent time chatting with his grandfather solving all the world’s problems. Forgetting all his other daily duties.

On any weekday between 2pm and 3pm Leo can be found stamping and signing documents in his office, for people who need his service. Leo has been a justice of the peace for more than 36 years.

One of Leo’s favourite past-times in West End is holding court with other local friends and merchants having coffee and an occasional cigarette on Boundary Street. 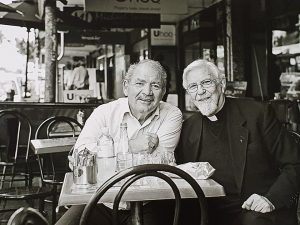 Leo has also had a long involvement with St. Nicholas Nursing Home on Hampstead Road. Recently he told a friend that he was going to study at St Nicholas.

“What can you study at St Nicholas?” his friend asked. “You can study life at the feet of older people,” was Leo’s reply.

Leo has also been generously involved with the Paniyiri (The Greek Festival) every year. He has a passion for books but rarely gets a chance to read between family, community, church and work. He is always busy and adores everything about his beloved West End.

Leo says he has no regrets.

Cover image by Jan Bowman, all other images supplied.

See more from Phil Vanderzeil below:

Shays Shoes: a treat for your feet…

The Marinelli Family: A sensational West End deli with a few surprises