Pilgrimage for the Planet 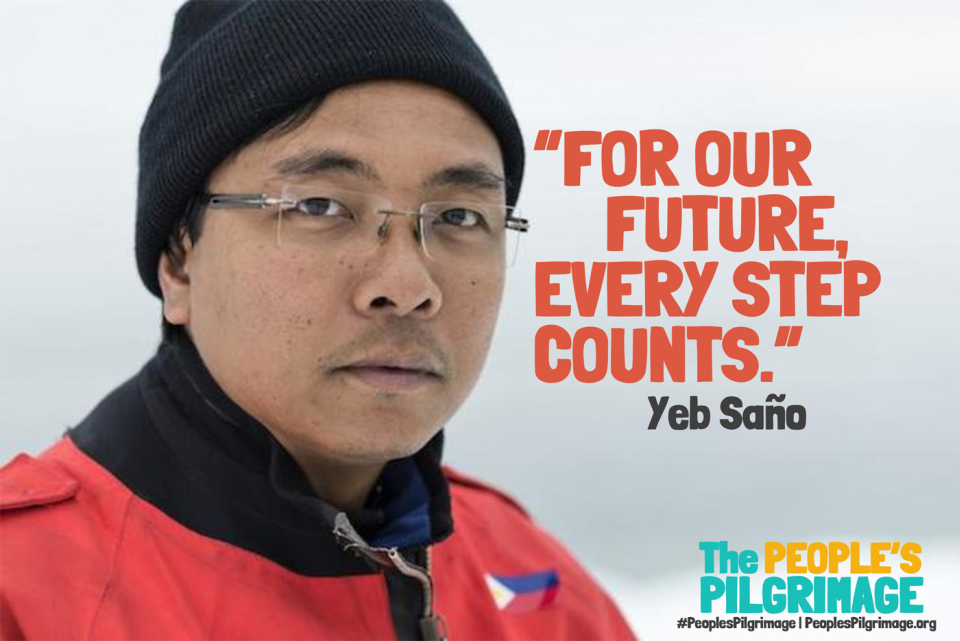 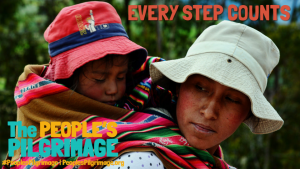 The worldwide People’s Pilgrimage for climate action will be launched on June 7th in Vanuatu by the former Philippines Climate Change Commissioner and Chief Climate Negotiator, Yeb Saño. (www.peoplespilgrimage.org)

The People’s Pilgrimage has been created by OurVoices, the interfaith climate change campaign (www.ourvoices.net), in partnership with numerous faith and spiritual groups, to mobilise their goodwill, prayers and actions.

On every continent, people will be walking to demonstrate their deep concern about climate change issues – taking long and short journeys – anything from a few steps if they find walking difficult, to a few miles, to across continents.

This unprecedented uprising by the world’s faith communities is calling upon world leaders to adopt a strong climate change agreement. From across Europe, pilgrims will state their demands to the world’s governments by converging in Paris, in time for the opening on 30 November of the 21st Conference of Parties to the UN Framework Convention on Climate Change (COP 21).

Pilgrims will demand that the agreement contain a full range of measures relating to reducing greenhouse gas emissions, adaptation to climate impacts, technology and finance and a long-term goal. The agreement must ensure that the global average temperature remains below 2°C (3.6°F) above the pre-industrial levels, as agreed in a decision at the 2010 COP 16 in Cancun, Mexico.

Yeb Saño arrives at the cyclone devastated island nation of Vanuatu on June 7th to officially launch the pilgrimage and then he goes on to Sydney where there will be a climate pilgrimage on June 12th. He will then proceed to the Great Barrier Reef on June 13th and he will be travelling to Rome to take part in an interfaith march on 28th June to celebrate the issue of the Pope’s Encyclical on human ecology. He will also participate in the OurVoices/ GreenFaith Emerging Multifaith Leaders Climate Convergence in Rome (a 3 day training seminar for 100 people from five continents). Yeb will subsequently visit Asia, Africa, North America. He will then undertake 1100km walk from Rome in Italy to Paris arriving there on 30th November, with the other pilgrims converging on Paris then.

News about Yeb’s trip and the other pilgrimages will be shared online through peoplespilgrimage.org, a special map-based storytelling platform showing the incredible diversity of faith-based climate change concern and action around the world.

Pilgrims will travel to key places where there are already visible impacts, as well as to installations contributing to climate change such as oil wells, pipelines, coal mines and fossil fuel fired power stations. Pilgrims will also go to areas of hope and inspiration where solutions to climate change are already operating such as solar, wind and other clean technologies which are making a better future possible. The People’s Pilgrimage will celebrate and give a voice to such stories.

Yeb Saño’s widely reported emotional statement at the 2013 COP 19, describing the destruction of his home city of Tacloban by Super Typhoon Haiyan, and his subsequent fast – inspired the creation of the #FastfortheClimate movement (www.fastfortheclimate.org). On leaving government service, Yeb joined OurVoices earlier this year to lead the People´s Pilgrimage. “The Pilgrimage is our way of reminding the whole world about the reality of climate change and reflecting on the state of our planet. For this journey, therefore, every step counts. In our common aspiration to confront the climate crisis, we cannot afford to say that we’ll cross the bridge when we get there. We have to get there now,” he said.

“Many people turn to their faith or spirituality for hope in the face of challenge and suffering,” said the Episcopalian (Anglican) priest Rev. Fletcher Harper, OurVoices global coordinator. He is the Executive Director of GreenFaith a US-based religious-environmental NGO (www.greenfaith.org): “The People’s Pilgrimage is a global expression of sincere concern and calls on our world leaders to find the generosity – on all sides – and determination to reach a strong climate change treaty.”

Jacqui Rémond, Executive Director of Catholic Earthcare Australia added: “The People’s Pilgrimage will highlight the increasing intensity of bushfires in the Blue Mountains and the juxtaposition of coal ports alongside our iconic Great Barrier Reef. As faith communities gather to face the reality of climate change in Australia and the hardship it will bring to all Creation, we are encouraged to take the next steps together as we find new paths of energy and love.”

OurVoices Hong Kong based Asia Coordinator, Ciara Shannon said: “Every step counts. Our aim is to show the world why this climate crisis matters to all of us. Anyone, anywhere and at any time can take part from now until November 30th 2015, when the UN Climate talks (COP 21) begin in Paris. Everyone’s journey will count to a global total to represent a walk at least once around the world, so as to show our leaders how small and precious our planet is.”

The People’s Pilgrimage runs from now until the start of the Paris Climate talks on 30th November 2015. Further information at: www.peoplespilgrimage.org

About OurVoices (www.ourvoices.net): OurVoices is an on-line community of people from many faiths in more than 60 countries. OurVoices has organized on-the-ground prayer vigils and events in many countries and brought faith groups together for the People’s Climate March in NYC in 2014. See our storify here:

On June 8th, a pilgrimage will take place in Vanuatu

On June 8th, a People’s Pilgrimage initiative will take place in Bonn, Germany

On June 12th, a pilgrimage will take place in Sydney, Australia starting from the Botanical Gardens at 2pm

On June 14th, a pilgrimage will take place along Airlie beach, Australia