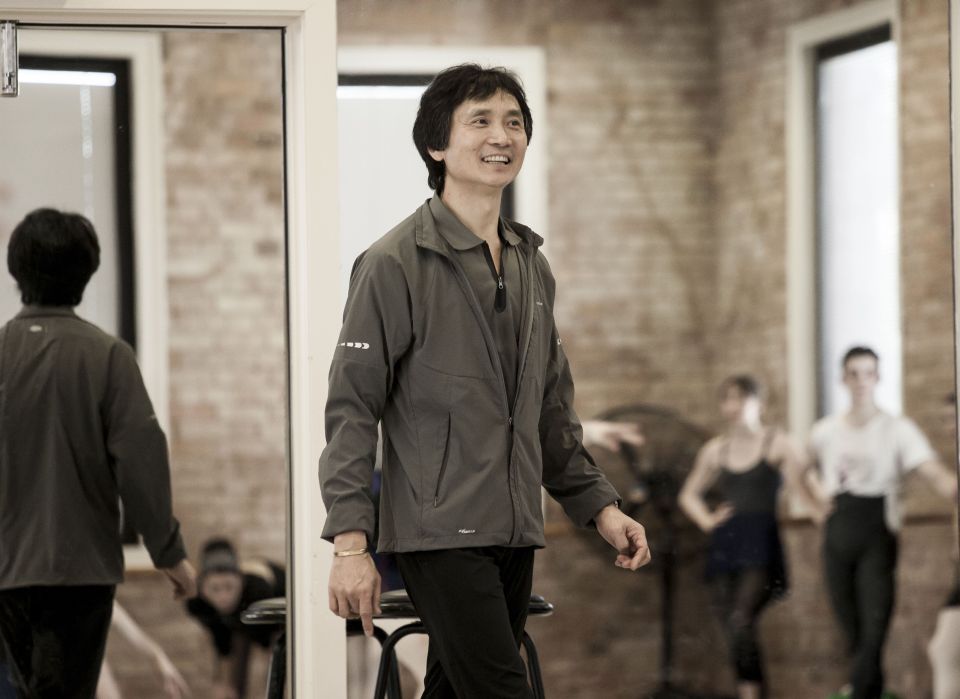 Caption: Li Cunxin with the Queensland Ballet Company OR Peter Pan is expected to full QPAC with families in the winter school holidays.

Every now and then, one person provides the leadership, vision and talent to change the landscape in which they operate. Queensland is lucky to have such a person in the director of our state ballet company, Li CunXin.

He has set out to create a world class ballet company here in Brisbane by taking young talent and exposing it to a range of international dancers, choreographers and ballets. Queensland is the beneficiary, with crowd pleasers complemented by technical showcases to produce a rich and varied season. The success of this strategy is indicated by audience figures: the ballet is selling out.

Over this year, the Queensland Ballet has staged Coppelia, Romeo and Juliet and the Nutcracker to critical and popular acclaim. The result is a renewed interest in ballet and an increasing awareness of Queensland’s cultural scene across the world.

Master Li has come to Queensland via Houston Texas where he defected from the Beijing Dance Academy. Along the way he spent the nineties as the principal dancer in the Australian Ballet. His autobiography, Mao’s Last Dancer, tells the remarkable story of his escape from childhood poverty and the structured world of the state-run Chinese arts scene.

“Meng Ningnin is delicate, graceful and robust at the same time. Her representation of the girl pretending to be a magical doll is brilliant dancing, acting and comedy all at once.

“Emilio Pavan is the perfect complement. The incredible strength, beauty and grace that he brings to the role is breath taking. The fact that he is an absolute hunk of a man, with the best glutes and quads on the planet, doesn’t hurt either.

“The second male lead, Matthew Scicluna, almost reaches the soaring heights of the principals. … His humour, charm and wry representation of the dopey bloke who can’t detect romance when he trips over it is a highlight.”

Kenneth McMillan’s Romeo & Juliet was a different kettle of fish. The modern classic was daring in 1956 and remains powerful fifty years later. McMillan’s estate guards the work closely and it required a concerted effort on the part of Li Cunxin to have them allow the colonials to get their hands on it.

Part of the reason is that McMillan was not afraid to bring the sex implicit in the work right into the fore or to send up some of the sillier parts of the discipline.

This month, Westenders have their second chance to see Nutcracker in its traditional role as family Christmas fare. Ben Stevenson is the producer of Qld Ballet’s Nutcracker. He originally lured Li CunXin to the Houston Ballet starting his journey to the West. Master Li has said that he will stage the Nutcracker every year, and it has caught the imagination of the Qld public. The ballet is selling so fast that many people will be booking for 2015 to make sure they do not miss out.

Other features of the 2015 season include the award-winning production of La Sylphide by Danish choreographer Peter Schaufuss One of the most loved Romantic ballets famed for its Bournonville style, Ls Sylphide will open the 2015 Ballet season at QPAC.

The crowd pleaser this year will be the June school holiday performances of Peter Pan. Trey McIntyre’s production will transport audiences to the fantastical Neverland with fairies, mermaids and pirates.

The 2015 blockbuster will be Greg Horsman’s technically challenging and visually stunning The Sleeping Beauty. This classical masterpiece will look magnificent on the Lyric Theatre stage, and select performances will feature international ballet star Alina Cojocaru.

Westender has previously commented on the ticket prices as the remaining barrier to bringing ballet into the cultural parlance of the Australian people. When the seasons are selling out, though, Master Li must be doing something right.