Some questions for Amy MacMahon – #qldvotes 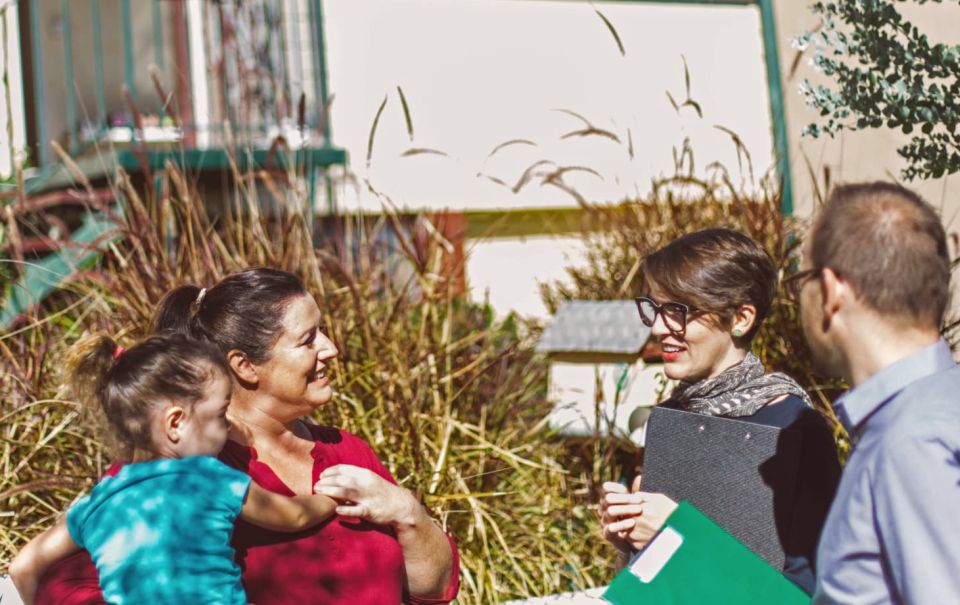 As part of the Westender’s election coverage, we have sent each candidate a list of questions regarding their policies, philosophy and voting intentions. Here is the response of Amy MacMahon, candidate for The Greens.

I don’t have the background of a career politician, but I think that’s a good thing. I’ve just finished my PhD looking at climate change in Bangladesh. I’ve worked as a social researcher, teacher, carer, and community worker. Like many people in our area, I’m a renter. I live in Woolloongabba, and I went to school at Brisbane State High.

I’ve seen the effects that corporate-dominated politics has on communities. From Bangladeshi communities facing the impacts of corporate-driven global warming, to locals in South Brissie facing profit-driven unsustainable development, the root causes are the same. Big corporations have hijacked our system, and we need a local representative who isn’t beholden to big corporate donors.

I’ve also seen what happens when our social services system lets people down. After spending 5 years as a carer for a family member, I know how important our social safety nets are.

Political debate has become incredibly narrow in Queensland. In South Brisbane a good example is the debate around property development. We’ve been presented with a false choice between overdevelopment with 22 storey towers or unsustainable urban sprawl – either way property developers make billions of dollars in profit and our neighbourhoods are left worse off. If we want genuine positive change, we need to embrace new ideas.

Right now, politics no longer offers hope and doesn’t seem to improve our lives. A huge part of our campaign for South Brisbane has been floating really bold ideas, like drafting neighbourhood plan via a citizen jury and requiring a binding votes of residents to approve them. We’ve floated other exciting proposals like $1 public transport fares and universal housing, and the response from locals has been really positive.

We’re at a crucial point and Queensland politics has failed us. Now is the moment for bold ideas which are  grounded in the things people need for a good life.

We have room for new neighbours, but we need a balance of well-designed, democratically controlled medium-density development and investment in public infrastructure.

In South Brisbane, unsustainable, profit-driven property development has pushed out residents and overwhelmed our limited public infrastructure. This has led to problems with parking and traffic congestion, overcrowded schools, and a critical shortage of affordable housing. Across Queensland, people are suffering from record-low wages and are struggling to pay their rent, mortgage or electricity bills. 29,000 people are on the waiting list for social housing. All the while, big corporate profits soar.

Until we kick big corporations out of politics , including banning all corporate donations, securing sustainable development will be a struggle. I believe our current system has been manipulated and corrupted by property developers. That will never change while Labor and the LNP remain in charge.

We want to make property developers and mining companies pay their fair share to pay for the things Queenslanders need for a good life. The Greens have announced a $10 billion Public Infrastructure Bank which would invest in schools, hospitals, green space and public transport that we desperately need.

Right now, local governments write neighbourhood plans, conduct tokenistic “community consultation” and then approve the plans with very little scrutiny. We would put power in the hands of residents by launching a groundbreaking trial of deliberative neighbourhood democracy . It would include:

Neighbourhood plans drafted by citizen juries from the local area and the region. Members of the citizen juries would be paid for their time, and would be given the necessary information, time, space and resources they need.

Binding votes on neighbourhood plans which would need to be approved by a community referendum held to coincide with local or State government elections. Local governments would still need to approve the plans, but residents would have the final say.

We would overhaul the Planning Act to:

● make sure all major developments over 8 storeys are “impact assessable”

We would implement a 75% Developer Tax on increases in land value due to land rezoning to make sure property developers pay their fair share. It would apply to any land which is rezoned to a higher use, whether as part of a new neighbourhood plan or on an ad hoc basis. The tax would be levied at 75% of the difference between the officially assessed land value before the rezoning compared to the land value afterwards.

Landowners would not need to pay the tax until a development application is approved under the new higher zone.

We desperately need to kick big corporations out of politics. If elected, we will push for a complete ban on all donations from for-profit corporations, including property developers, fossil fuels, alcohol and tobacco.

Donations are a big part of the problem, but we also need to shut down the cosy relationship between big business and politics. We would ban cash-for-access meetings and give our corruption watchdog the Crime and Corruption Commission extra powers.

The Greens are a grassroots party so preferences are decided based on a vote by local branch members.

The Greens announced back in early October that we would be putting One Nation and the LNP last in every single seat across the State, including South Brisbane.

We notice that Tim Nicholls and Pauline Hanson are telling voters to put the Greens dead last across the State, because they know the Greens will never support their right-wing agenda.

We would never support an LNP or One Nation government. We have previously announced that we would be more likely offer confidence and supply to Labor, with a number of key demands, which would be ultimately decided by the Greens membership. There are a number of key issues that I would like to bring to the table:

Just like rampant profit-led unsustainable development, Adani is a perfect of how big corporations have hijacked our politics at the expense of everyday Queenslanders. We know that the Adani mine project doesn’t stack up economically, socially or environmentally, and yet, Labor and the LNP have been cheerleaders for this project every step of the way – with environmental approvals, free access to groundwater, and a $300 million royalties deal.

We are fighting to stop Adani coal mine, we want a ban on new thermal coal mines and coal mine expansions anywhere in Queensland. We will move to scrap the royalties deal, revoke their mining licence and environmental approvals.

Instead, Queensland should be investing in public infrastructure to create jobs and investment across Queensland. We have proposed a $15 billion investment in publicly-owned clean energy, and the construction of 1 million affordable homes. These plans would create hundreds of thousands of jobs and an investment boom.

The South Brisbane electorate has seen a boost in new residents in recent years, with many younger people moving into the area. We’ve also seen a spike in new enrollments as a result of the same-sex marriage survey. Both of these factors should work in the Greens’ favor!

This election is a defining moment in Queensland and South Brisbane’s history. We have a genuine chance to move on from politics as usual and elect Queensland’s first ever Greens representative. We can do so much better than an economy based on coal, casinos and unsustainable property development. The Greens have a plan this election to fund a jobs and investment boom across Queensland.

We want to fund significant investment in public infrastructure, via a Queensland Public Infrastructure Bank, by asking property developers and mining corporations to pay their fair share. We want to build 1 million affordable homes, effectively ending homelessness, and ensuring that every Queenslander has a safe, secure place they can call home.

We want to roll back privatisation in the electricity sector, and stop price-gouging, to save every household up to $600 a year on their power bill. We want to invest in publicly-owned renewable energy generation and storage. We can make public transport fares $1 and create fast and reliable buses and trains. We can afford all of this, with an increase in charges on property developers, and an increase in mining royalties, to invest in the kind of public infrastructure we need in Queensland.