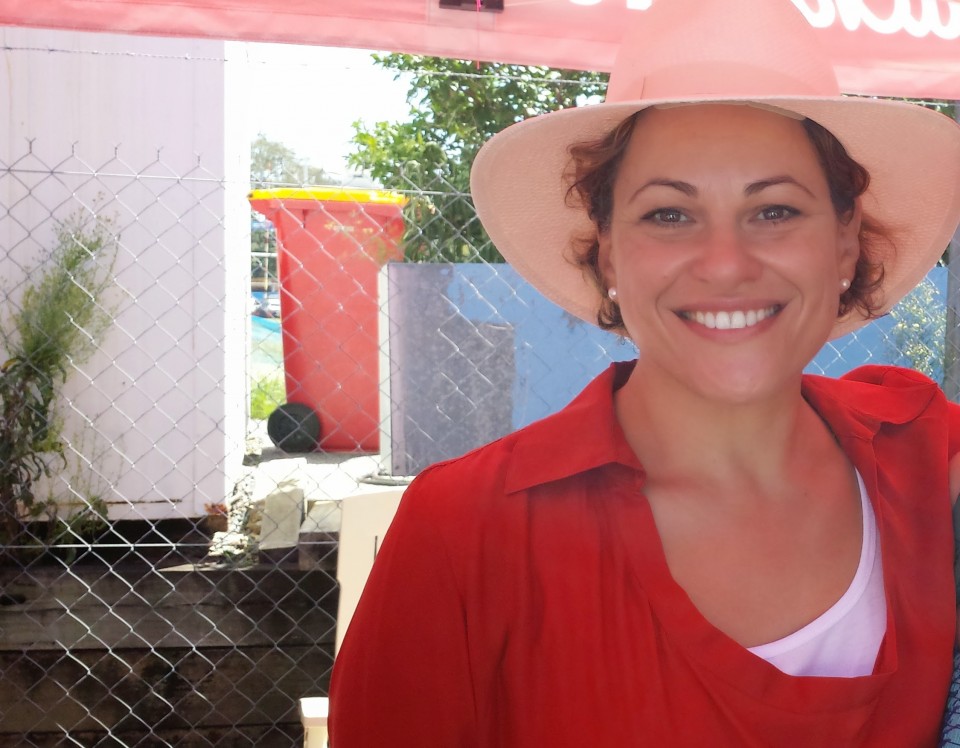 As part of the Westender’s election coverage, we have sent each candidate a list of questions regarding their policies, philosophy and voting intentions. Here is the response of Jackie Trad MP, sitting member and candidate for the ALP.

I have been a local in South Brisbane for more than 40 years. I grew up in East Brisbane, attending St Joseph’s Primary School at Kangaroo Point.

My parents owned and ran the fruit shop in Woolloongabba and, together with my husband, I am now raising my two kids in West End.

Since 2012, I have worked hard to deliver for my community. As promised when I was first elected, I stood up against the Newman-Nicholls Government and worked with the community to stop the amalgamation of schools, to stop cuts to our public transport and keep Dutton Park train station open.

Since coming to government in 2015, I have worked hard to deliver for our community, securing more than 4 new parcels of green space, securing funding for the first new high school for the area in 50 years, funding the expansion of West End State School, cutting public transport fares for everyone and finally getting on with the job of building Cross River Rail.

I see myself as politically progressive – my community’s values of social justice, environmentalism, equality and inclusion are my values.  A broad range of ideas reflects an engaged and thinking community and as a local representative, it’s my responsibility to listen to everyone’s ideas and views, that’s how we move forward together as a society and that’s how we create strong and effective governments – by listening to members of the community no matter the colour of their skin, who they love or who they worship.

We need planning that will ensure that the future of South Brisbane is one where our unique community and culture is preserved.

Since my election in 2012 I have dedicated myself to the need for sustainable and sensible planning for South Brisbane’s future. It has been a privilege to continue this work in Government as the Minister for Infrastructure, Local Government and Planning.

I have been working tirelessly with the community to deliver a new suite of planning legislation that will ensure sustainability, prosperity and liveability.

One of my first priorities was giving power back to the people and scrapping Newman Government laws that could force cost orders onto residents and community groups for appealing a development.

The new Planning Act also introduced a number of measures to ensure decision making is fair, open and transparent including making it mandatory for councils to publish reasons for decisions on development applications. It also addresses the threat of climate change and better protects heritage buildings.

I am committed to ensuring Queenslanders can actively participate in the planning and development process that now embraces genuine community engagement. There will be improved opportunities for public participation in the planning system, from scheme drafting all the way through to contributing to development applications.

If re-elected, we will undertake a traffic management study to address transport and traffic issues in the inner south. For example, if council want to turn the Victoria Bridge Green, then we need to have discussion about taking the toll off the Go-Between.

We will also require councils to publicly let the community know where their infrastructure charges are going. This has consistently been raised with me and it’s important we see what community infrastructure projects are being invested in as a result of the levies developers pay council.

We’ve delivered this reform that has meant Queensland has some of the most progressive, open and transparent laws in the country. We reduced the disclosure threshold back from $13,000 under the LNP to $1,000 and implemented Australia’s first real-time electronic donation disclosure system so residents have transparency on who is donating to campaigns.

As your local member and since first running in 2012, I took the decision to not accept developer donations and never have.

In South Brisbane we have preferenced independents and the Greens political party before the Liberal National Party. All over the state, Labor is putting Pauline Hanson and One Nation last.

We will never do a deal with One Nation. Ever.

Queensland Labor went to the 2015 State Election with a clear set of promises regarding Adani and protecting the Great Barrier Reef – and we have delivered on every single one of those commitments.

One of those was a commitment that not one cent of taxpayers’ money would go to this company. On 3 November 2017, the Premier announced that Queensland Labor will veto the Turnbull Government’s $1 billion Northern Australia Infrastructure Fund (NAIF) loan to Adani – I’m extremely proud of this decision. NAIF is a Federal Government initiative and if Malcolm Turnbull and the LNP want to give a $1 billion loan to Adani, they will get no support from a re-elected Palaszczuk Government.

I’ve never taken my electorate for granted. I have been campaigning, knocking on doors and talking to people in this electorate my entire life. While the demographics have changed, I think the people of South Brisbane are forward thinking, politically engaged and care about who represents them. We really came together as a community when the marriage equality plebiscite was announced. More people enrolled in South Brisbane than any other state seat and with the vote in our community one of the highest in the nation, that simply demonstrates that we live in a very caring and inclusive community. At the end of the day, it’s up to the voters to decide who they want to represent them.

I’ve seen tremendous change in South Brisbane over the more than four decades I’ve called our community home. A lot has changed and we know there’s still more change to come, but as I’ve been out door knocking, one of the things people raise is a real desire not to lose what we love about our community – its diversity, inclusiveness and multiculturalism.

This is why I will always fight for the things we believe in and will deliver:

I have more to do – which is why this election will be about who can best deliver for our community.

I hope I can count on your support.