Rental Law Reforms – its time to have your say! 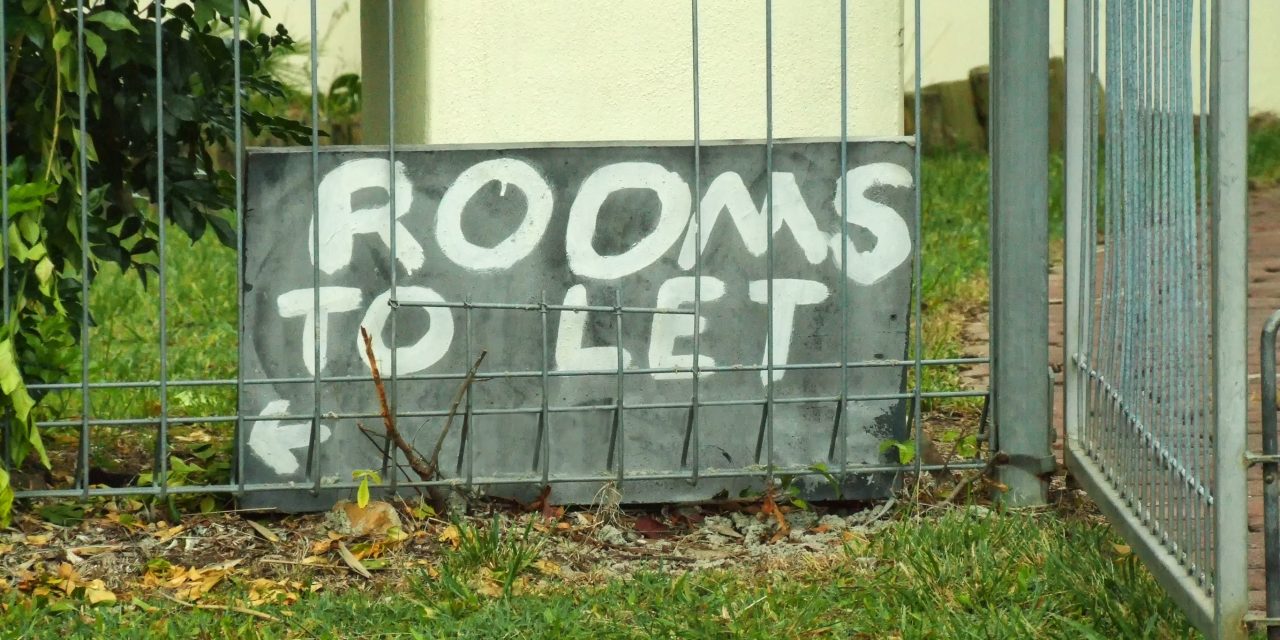 Last year the government completed its Open Doors to Rental Reforms consultation. The government’s regulatory impact statement was released on the 16th of November this year outlining the recommended changes to tenancy law.

On announcing the reform package, the Minister for Housing and Public Works Mick de Brenni said the response to consultation had been massive.

“It’s a sign of how strongly the community feels about renting that we’ve seen over 135,000 responses to our request for feedback through Open Doors to Renting Reform,” Minister de Brenni said.

“Through that process, we’ve identified three key areas for reform:

“We have considered evidence of some truly harrowing stories of safety issues in rental properties.”

Deputy Premier, Treasurer and Member for South Brisbane Jackie Trad said that the Palaszczuk Government was looking at a comprehensive makeover of tenancy laws that will set the rules that provide certainty for tenants, landlords and property managers.

“Across Queensland, more than one in every three households rent, but in some areas like the inner city, that figure rises to three in every five,” Ms Trad said.

“The government proposals are well worth supporting and it is vitally important for as many renters as possible to participate in the government’s consultations, closing December 28.

“Whilst we have not achieved all that we wanted, the proposals go a long way in supporting long term stable tenancies and allowing renters to make a place their home.  They are good for renters and owners”.

Tenant support group, Making Renting Fair in Queensland, also supports the proposed recommendations for change, with modifications in some cases.

The Government has identified reforms to achieve more secure tenancies. These include:

Making Renting Fair says that there should be penalties applied for the misuse of the lawful grounds to end tenancies, and the potential for renters to claim compensation.

The Government has made a range of recommendations for access to safe, secure and sustainable housing, and is proposing the introduction of a set of Minimum Housing Standards.

Making Renting Fair says it strongly supports the recommended option for the inclusion of minimum standards for rental properties and the strengthened repair and maintenance proposals outlined in the Regulatory Impact Statement.

The recommendation for tenants to be able to rent with pets seems to have been one of the most controversial of the proposals.

Making Renting Fair says it strongly supports this recommendation, saying that it would require lessors to have a reasonable ground (prescribed by law) to deny a tenant’s request for a pet when it complies with other laws and by-laws prohibiting the pet/pet type.

They argue that in stage two of the process, these reforms should go further to better support renters with pets during the application process.

The Government is recommending establishing a list of proposed minor modifications that would not need approval from the property owner or would allow fast-tracked approval.

Making Renting Fair considers that renters should have the ability to undertake health and safety or amenity minor modifications with prior notification to the lessor.

Under the proposed reforms, tenant or co-tenant experiencing domestic and family violence will be able to end their tenancy more easily when they have evidence from specialist worker. Making Renting Fair supports this change and would like to see processes which helps tenants experiencing domestic violence to get their bond back more quickly, and to be able to install safety and security devises.

Reactions to the Reforms

As might be expected, landlords and agencies representing landlords have their own concerns about the proposed reforms. For an example of the arguments being put forward by these groups, see comments here from inner city realtor, BeeNees.

Others, while welcoming the reforms, do not think they go far enough. See here from local Greens Councillor Jonathan Sri.

Submissions close on the 28th of December.

You can provide feedback to the Government HERE

A tenancy law reform bill is expected to be introduced into parliament early next year and passed before the election in October 2020.

Stage two of tenancy law reforms is planned to follow the election and will focus on privacy, bonds, rent, improving property manager accountability and conduct and improving access to timely, consistent and effective dispute resolution mechanisms.

Do you want to know more?

Tenants Queensland is hosting an information session at 2.00pm on Tuesday the 10th of December at Souths League Club in West End. 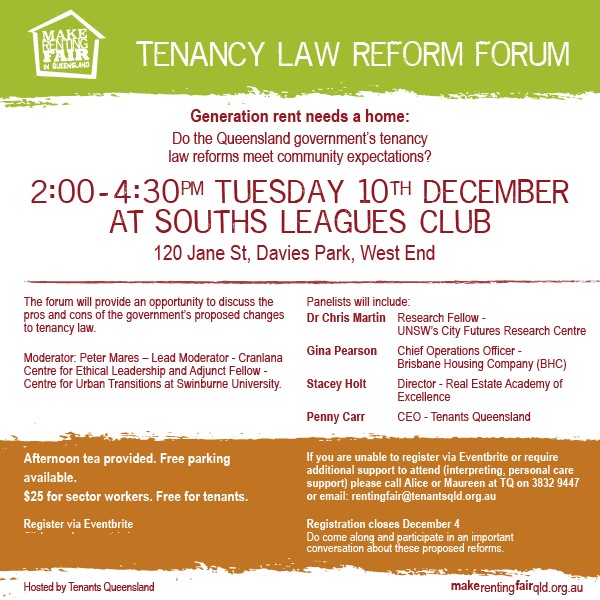