Review: Dreaming in the Sand 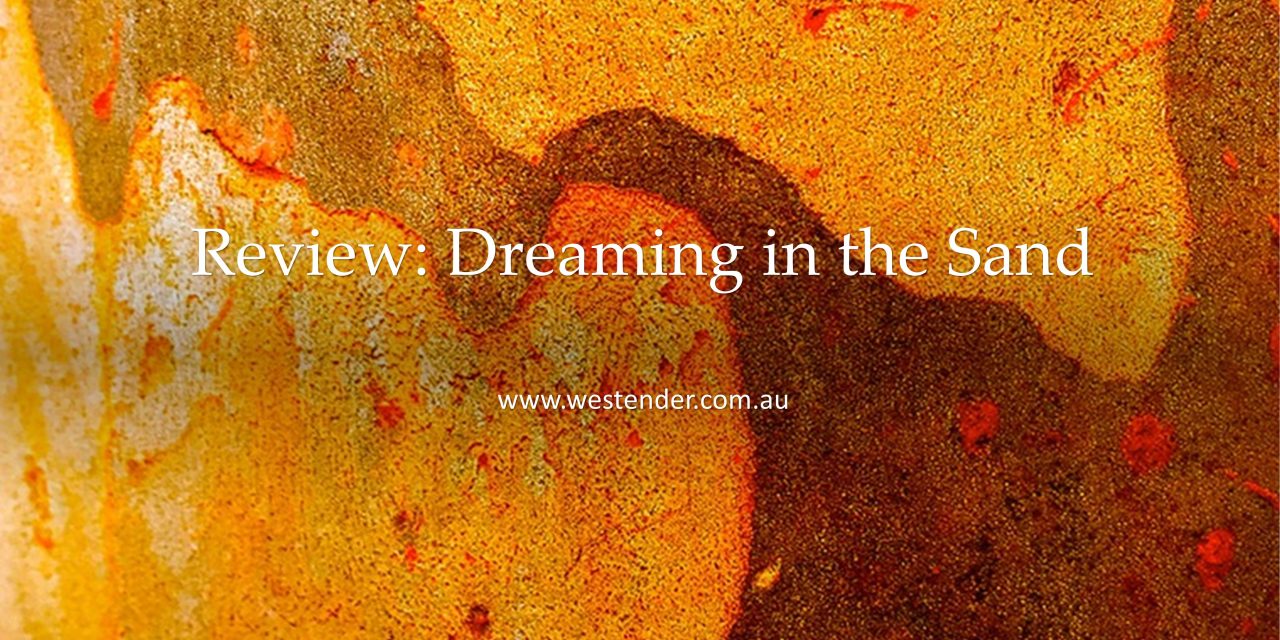 Imagine going about your day as usual. You’re at work, you’re out with family or friends, walking the dog, doing some gardening, and a strange or maybe vaguely familiar sight appears in the distance and moves closer. Or you get a text message from someone, telling you to go outside and look, then all your devices start pinging. Something strange and scary is happening.

This is what I imagine it was like for the Aboriginal people when the First Fleet was first spotted. Captain Cook had come and gone. Other ships had no doubt been seen before that, as previous European expeditions came and went. A bit like UFO sightings maybe (or UAPs—Unidentified Aerial Phenomena—as NASA now calls them); weird things that came and went, manned by weird-looking pale creatures.

It is the coming of this irreversible change that is part of what Robbie James, guitarist with GANGgajang, seeks to evoke with his new composition Dreaming in the Sands, performed for the first time at the Metro Arts Centre, Restrung Festival on Friday night, by the Bentley String Quintet.

Introduced by Aunty Dalmae Barton (mother of renowned didgeridoo player William Barton), Dreaming in the Sand is told in the three acts: Australia “as it was”, “as it became”, and “as it could be”. The first, Kangaroo, portrays the arrival of the First Fleet from the perspective of the animals. Lively staccato passages in the first section evoke the carefree lives of the animals, but by the slower third section minor keys and discordant notes warn of the White Shadow on the Reef; there is disruption of the delicate harmony by unexpected notes, a realisation of what will be permanently lost.

The second act, Suzannah, is representative of the many convict “Suzannahs” transported to New South Wales and begins with a plaintive violin solo, joined by the second violin and then the cello, before the double bass is added and a slightly wistful jig plays, calling to mind the Irish folk music Irish convicts brought with them and played to remember the culture they left behind. Robbie James tells me afterwards that the last section of act two, The Crow and the Irishman, depicts the joining of forces between the warrior Pemulwuy, whose spirit animal was the crow, and the Irish, to fight against the British invaders.

Act three The Dreamt World, is an imagined world where European and Aboriginal cultures come together in an harmonious union:

“If I can dream of a beautiful world made from two different cultures then it must be possible.”  Suzannah

The music in this final act starts as gentle and hopeful, but tentative. In the second section the cello is in conversation with the violins and viola, sometimes in harmony, sometimes not, depicting the Beautiful Weave of Anonymous Threads. The last section Dancing on the Divide, breaks once again into joyful folk music and ends in a whirlwind of excitement for what could be possible. The smiles on the performers faces as they stood to take their bows said it all.

I spoke briefly with Robbie after the show and asked him what had inspired him to write this music. He said it had been something he’d been thinking about for a long time and that our failure to honour and value our Indigenous heritage makes our nation “hollow”. He hopes that maybe if “more old white guys like me” keep talking about it, it might happen. When I asked him how a rock guitarist comes to write a piece of classical music, he told me that he has always loved classical music and, although a self-taught musician, decided to have a go at composing for a classical ensemble. But, he admitted, being his first such composition, anticipating the first performance was quite nerve-wracking. He seemed very relieved to see that people actually enjoyed it.

Alas, there was only one performance of this inspiring work, and Robbie doesn’t yet know when it will be performed again, but hopefully more people will eventually be able to experience it and imagine what could have been and what could still be.