Search is on for nation’s lost backyard dunnies 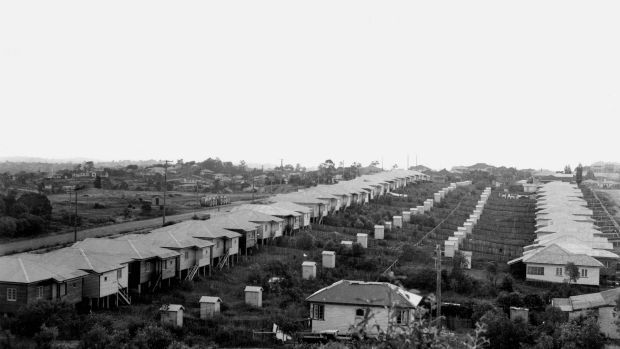 Before the suburban ‘outhouse’ or ‘dunny’ becomes a thing of the past, Queensland Urban Utilities have called on the nation to help celebrate a treasured piece of Australian history by sharing their photos, memories and funny dunny stories.

The nation-wide search for Australia’s last remaining outhouses is part of the company’s effort to showcase to the public the iconic backyard dunny, through the setting up of Australia’s first ‘Pooseum’.

“We want to hear from anyone who still has an original thunderbox in their backyard,” she said.

“We’re also on the hunt for old photos, memories and funny dunny stories, from braving the elements to warding off creepy crawlies.

“The most interesting submissions will feature in our ‘Pooseum’ – a one of a kind mini-museum which we’re setting up at our Innovation Centre at Luggage Point Sewage Treatment Plant.”

The outhouse, otherwise known as a thunderbox, crapper, dunny, or a loo, remained a staple for Brisbane homes up until the completion of the city-wide sewerage network in the 1960’s. 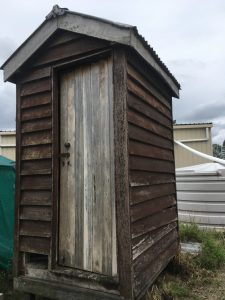 A traditional backyard outhouse or ‘dunny’

Prior to the construction of the sewerage network, going to the loo meant a long walk to the backyard in your pyjamas, and the likely discovery of a furry eight-legged friend under the seat.

“These outhouses were emptied by night soil men, who made their rounds every week to collect and dispose of each household’s waste,” Ms Cull said.

Ipswich resident, Lyle Barlow, worked as a night soil man for Brisbane City Council during the 1970s, collecting night soil for the township of Mount Crosby each weekend.

“Every Saturday morning I would jump in my truck and visit around 50 homes and businesses to collect their waste and take it to the local landfill depot,” he said.

To submit photos or dunny-related stories, visit the campaign website.