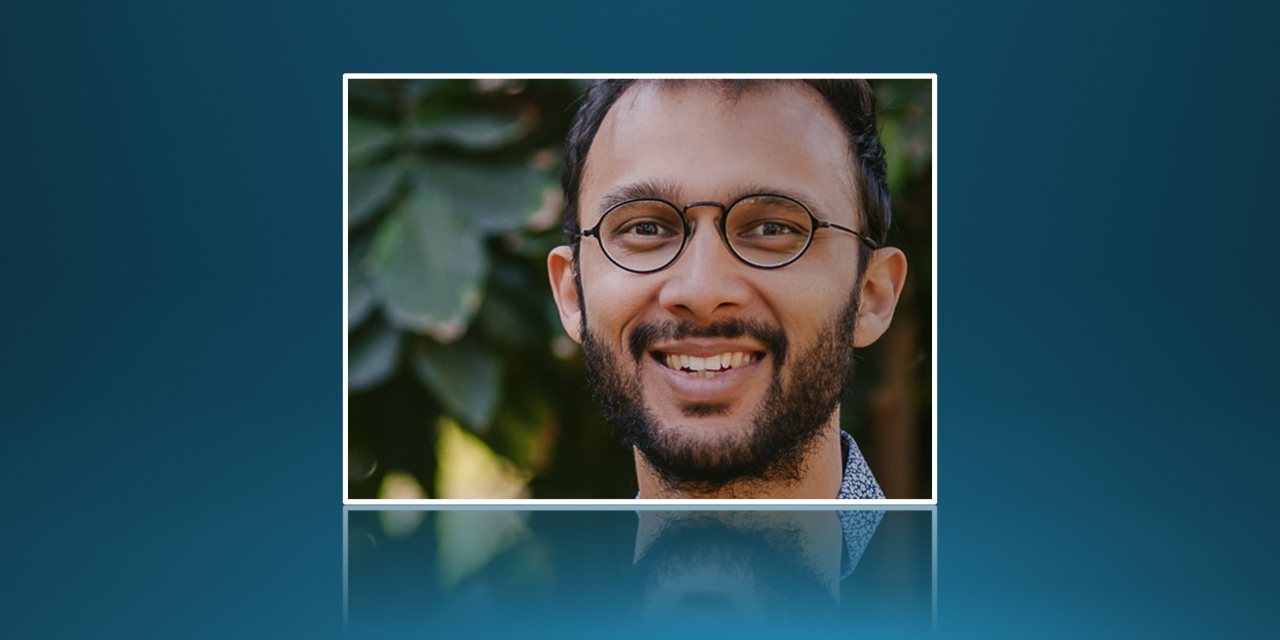 Our latest QandA with The Gabba Ward Councillor, Jonathan Sri. We discussed responses to development applications in 4101 and new and proposed public toilet blocks in West End and Highgate Hill.

An update on local development applications

There are a few current development applications before Brisbane City Council at the moment and we’re watching with great interest to see what the decisions are on three of them.

This development is at the southern end of Boundary Street, where developers are proposing to demolish the existing Riviera apartment block – which has 14, two-bedroom apartments – and replace it with eight three-bedroom apartments. The proposed new development takes up more of the site and leaves less room for trees and green space. So, it’s five storeys whereas the existing building is two and three storeys, but it also has fewer overall apartments. This is a really classic example of gentrification where the supply of affordable low-cost rental housing is being reduced, but we’re also getting a bigger structure that will have more impact on the neighborhood. This is quite significant because if Council approves this five-storey building on a site which is zoned for low-medium density of two to three storeys, that has ramifications for many other sites throughout West End that are also zoned two to three storeys.

There are heaps of the old brick walk-ups, all over West End and Highgate Hill, and right now it’s not profitable to demolish and redevelop them because you’re stuck with the three-storey height limit. But if Council starts to say, “actually you can build five storeys on these sites,” that could lead to another wave of gentrification and displacement. The other reason that the development is a bit controversial is that to connect the new sewer line they’ll have to dig up the community garden installed by Growing Forward on the state government block next door.

The public submissions phase has just finished and now we’re waiting to see what happens next. 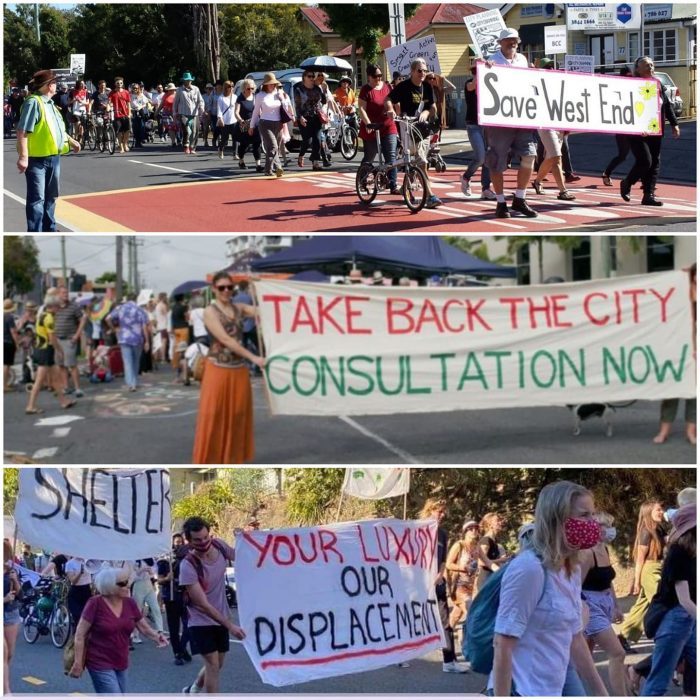 Is it time to ask the State Government to transfer the state land at the end of Boundary Street to Council for a new community park?

I think there’s a really strong case for converting that block of land at the end of Boundary Street into a public park, and also closing off the cul de sac at the end of Boundary Street and converting that into green space as well. You could amalgamate that section of roadway – which I think is just south of Glenfield Street – into the block, and then have a much larger riverside public park.

I think it would be it would be good for the community to start asking that question again, but I’m a little bit cautious that if we point out to the state government that it no longer needs this block of land, it might decide to just sell it off to the private sector for profit, and the risk of that is even higher if this development gets approved. If the five-storey development at Dudley Street gets approved, then the development potential of this state government site next to it is also significantly higher.

The next development that’s on the watch list at the moment is Aria’s greenwashed high rise down at Cordelia Street and Glenelg Street. Recently Aria revised their development application. They were originally proposing a 35-storey building. They have dropped the height down to 24 stories now. That seems to be like a partial win for the community, but 24 storeys are still way over the top, considering that the site zoning is for 12 stories.

Aria is arguing that their building is particularly high-quality design and because it has lots of plants on the balcony, they should be allowed to build 12 storeys higher than the height limit. I don’t think that’s a reasonable argument, particularly because a 24-storey building will overshadow Musgrave Park. Aria is arguing that Musgrave Park already has lots of shady trees, but part of the point is that the trees themselves need sunlight, and if you have tall buildings blocking the sunlight to trees that can harm the health of the trees as well. So, if this proposal is approved for 24 storeys that’s going to overshadow the sacred fire area maintained by Aboriginal people who use the park, and it’s going to potentially set a bit more of a precedent where Council might start accepting buildings that are 12 storeys over the neighborhood plan on the basis that they have ‘high quality’ green credentials.

So, we’re waiting to see what Council decides on that one.

The other particularly interesting development application at the moment is a proposal for 281 to 297 Montague Road right on the edge of Davies Park. In that case the developer is proposing to build two 26 storey towers on a site which is zoned for six to twelve storeys. The Montague road frontage is meant to be six storeys and then set back a bit further you’re allowed to go up to 12. In that case the developer is saying they should be able to build up to 26 because they’re proposing to hand over about 4000 square meters of Parkland to the public.

My view is that that’s still not a good deal for the community because the developer is getting hundreds of millions of dollars of additional real estate value in exchange for a fairly small parcel of land being handed back to the public. So, Amy McMahon and I are going to start talking with a few other stakeholders and asking them where they stand on this project.

We posted photo on the Westender recently of people marching in the streets in 2015, and 2018 and this year. It seems we have a piecemeal response to developments, and each time the community gets sort of crushed – what else needs to be done so the community doesn’t have to keep fighting these development by development battles?

One piece of the puzzle is the sort of restrictions and rules limiting how property developers can influence the political system, and we’ve seen some gradual shifts towards banning developer donations and restrictions on lobbyists, etc. And that will have some gradual longer-term effects, but the broader problem of the treatment of housing as a commodity is going to continue to create pressure on the system to do whatever developers want. So, maybe we’ve focussed a little bit too much on specific planning rules or on the connection between developers and politicians, when fundamentally it is the treatment of housing as a for-profit commodity that’s driving this. That’s why I put a lot of focus on things like renters’ rights, and public housing, because the demand for sustainable planning is inevitably closely linked to housing justice.

I would suggest that there might be a lot of residents who personally are a bit more comfortable, and less concerned about housing affordability for themselves, so they only look at development issues through the lens of planning. But actually, it’s up to a lot of those upper middle-class residents to also be advocating around housing justice because that’s what’s going to take the pressure off the system.

I guess there’s also kind of an open question for residents about what tactics they’re willing to use, because you can either, I guess, go down the electoral route, and in that case, maybe it’s time for residents of suburbs like West End to be more proactive about supporting candidates in other parts of the city who had taken a strong stand against development. Locally now the representatives have very firmly declared their hand and shown that we’re opposed to these kinds of developments, but we’re outnumbered in the local and state governments. So, is it worth local residents of this area volunteering in other parts of the city to help other progressive candidates get elected?

The alternative pathway is to engage in more direct civil disobedience. And although there’s been a lot of marches in the street, the community hasn’t really gone to that next level of being willing to block and interfere with construction sites. Across Queensland history and Australian history, the most successful campaigns against development and to protect heritage and local historical buildings, have all involved a degree of civil disobedience where people have been willing to risk arrest. Even now we see that with Deebing Creek where the reason that that development still hasn’t happened, even though it’s got all the approvals, is that people are willing to camp out on site and occupy the land. And so, it comes down to a question about whether people are willing to engage more actively in electoral politics, or are they willing to get arrested, and if they’re not willing to do either of those things, then there’s not enough pressure on the system to change.

Just briefly as an update, there is a new second toilet block going into Musgrave Park on the Russell Street side. Then there’s also going to be a new toilet block installed along Riverside Drive just north of the Go Between bridge and the Rail Bridge. Both of those toilets were funded out of our local community voting process a few years ago. It’s taken a bit over a year for council to get around to sorting the contractors and the tenders and installing them.

There’s still a bit of a gap in terms of the public toilet network where some areas are well serviced, and other parks and public spaces don’t have any public toilets. And that limits accessibility, particularly for certain demographics like families with children, the elderly, etc. So, we’re now also looking at potentially installing a new toilet block in Highgate Hill Park. I know different residents have different views on that. And so, at the moment we’re trying to pressure council to support allocating funding to a design of a toilet block and then once we have a clear design that we can show people, we will be holding another round of community voting and public consultation as to whether it should actually be built, so that could still be a year away.

See all Westender Development Stories, including each of the developments mentioned by Cr Sri – HERE