Snowcats and the Basils at Uh Oh Spaghettio 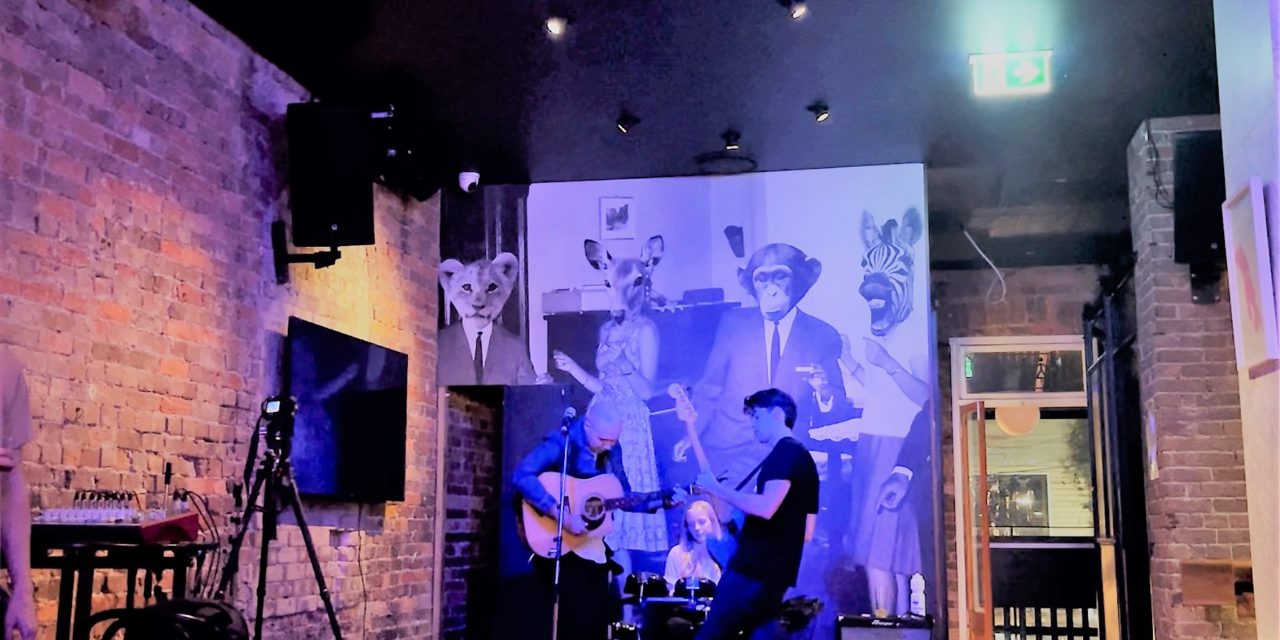 I have enough trouble plugging my guitar into a pedal and the pedal into an amp, so it’s easy to give The Basils a pass on a tricky setup and soundcheck. Taking the stage a bit sheepishly, the young group launched into their maiden performance with palpable enthusiasm. Strangled, woolly guitar tones persisted throughout the set, naturally complementing the almost deadpan vocals to create a cohesive, grungy, and gritty sound.

This is a band finding its feet, testing out techniques with varying success. The use of occasional San Sisco-esque call and response was well placed, while the band’s rhythm was sporadically thrown out by overly complex drum fills. However, these issues are hardly cause for concern, and more a sign of new performers finding what works best for them. “Supersonic Human” is evidence of that, rolling the strengths of the musicians into a whole which is bigger than the sum of its parts.

With the benefit of time (and maybe a few more unique tones), The Basils have the potential to rock with the best of them.

With the Snowcats taking the stage, you would not be out of line thinking Billy Corgan had made his Uh Oh debut. However, with frontman Alex Edwards’ first chords on the acoustic guitar, it’s clear this show was going to be a different flavour. Setting the mood with their first track, “The Particle” the band strove to give the audience a sense of what they are capable. Between guitar and bass there is an innate understanding of the roles of each instrument; bass is given a chance to shine in the Snowcats, taking a lead role to Edwards’ acoustic guitar.

Lack of awareness of pacing can bring down even the best live act, but the band hurdled this obstacle with maturity. Peppered within the set were well chosen and well-placed covers, local heroes Powderfinger getting play with “My Happiness” and a less predictable but no less soulful rendition of Kelly Clarkson’s “Since U Been Gone”. Edwards’ voice is pure on the high notes, and he is not afraid to use it to his advantage.

In a scene like Brisbane’s, community is of vital importance, and there was something heart-warming about a moment toward the end of the set, as Edwards asked the Basils if he could borrow an electric guitar. Now prepared for the remainder of the set, Snowcats fell into “Candles” a song starting strikingly similarly to Weezer’s “Say It Ain’t So” but twisting into a quieter tune all its own.

The Snowcats are talented musicians with a catalogue of fundamentally different songs, curious rhythms, and gutsy chords. New single “Respire” showed this as well as any of their songs, featuring a hanging riff played in unison on guitar and bass, and a variety of skittering drumlines. Dissonant chords resolve in a release of tension that betrays an ear for creative and often mathematical progressions.

Wrapping up their set with bluesy waltz “My Baby Don’t Know” the band left the crowd on a poignant, affecting note, and no doubt with a hunger for more.