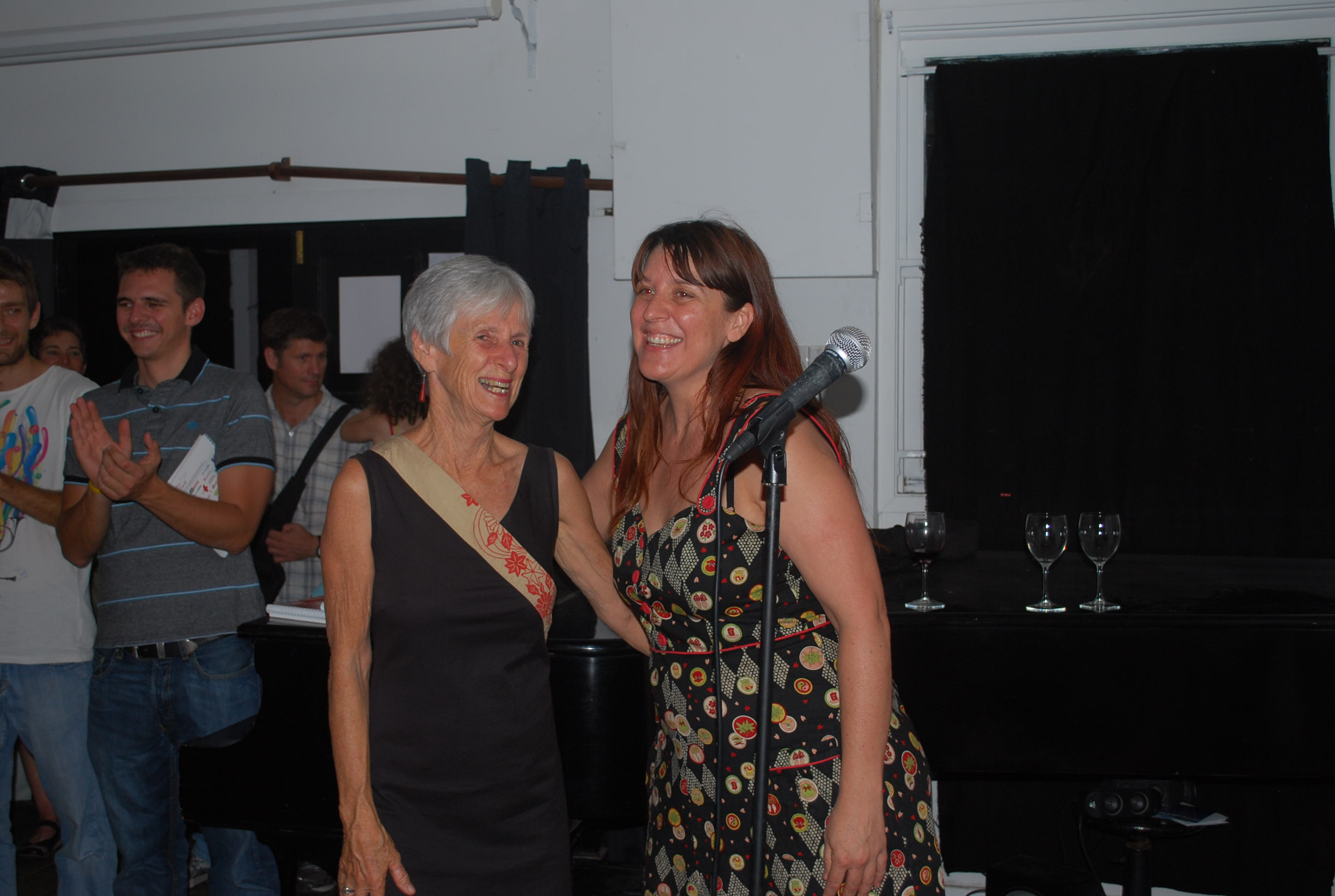 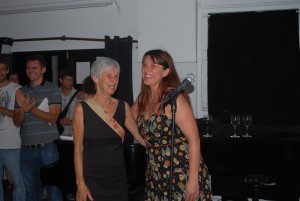 Last night at The Box, West End celebrated ten year’s of the Spiral Hub. Co-founder and mainstay Amelia Salmon resisted the accolades heaped on her by MC and ex-Senator Andrew Bartlett and Councillor Helen Abrahams. Amelia insisted that the six founding members and the many volunteers to whom she and Helen Abrahams gave awards deserved the accolades, but ultimately it was her night as she has led, cajoled and held Spiral Community Hub together over the decade that it has been the throbbing heart of so much that is West End.

Amelia’s co-founder Kelly reminded us that the vision of the Hub has always been simple and tangible – to develop just and sustainable local communities. An integral part of that mission has been to preserve the unique, creative character that is West End. In her own words: keep West End Weird.

Hannaka and Ahliya generously provided musical accompaniment for the festivities, making the event a wonderful example of the spirit that the Hub has brought to our lives. 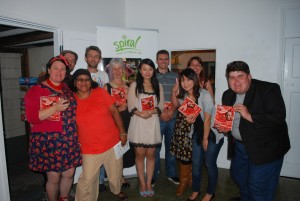 The history of the hub was the highlight of the night. Amelia described its evolution away from and back again to its role as a hub, supporting other groups, its incredible financial depth and its powerful capacity to bring people together. It is now sustainable without government funding and has the capacity to provide interest free loans to social enterprise projects. That is a remarkable achievement in the current political environment.

Echoing the thoughts of many present, Helen Abrahams noted the challenge to keep smiling in the current political climate and brought the house down by reminding us that one of the most infamous achievements of Spiral Hub, in bureaucratic circles anyway, is the toilet in Evans Park, Highgate Hill. “The smallest toilet in the smallest park is the envy of all my colleagues,” Helen quipped. “They just want to know what secret power I had to get that one through.” The secret, she revealed, was Spiral Hub.

Even though Amelia’s highly recognizable shop is up for sale, in the ongoing evolution of the urban landscape, Spiral Hub lives on.