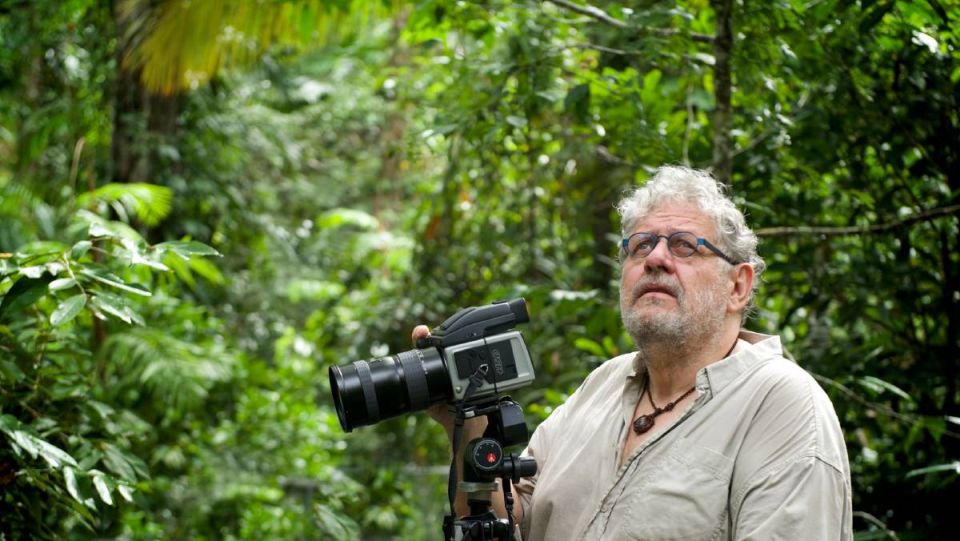 When invited to speak at Wildlife Queensland’s International Women’s Day event this year, Steve Parish quickly accepted – despite being a man. At the Society’s second annual brunch on Sunday 4 March, Australia’s most widely known wildlife photographer will treat his audience (of women and men) to his latest public talk, inspiring them to embrace their creative-life challenges and grow their purpose.

“By having a purpose, a reason to wake up in the morning … that I believe in, that I’m passionate about, I’ve been able to get through the adversity I’ve confronted in my life,” he recently shared with The Courier Mail.

This side of Steve Parish may still come as a surprise to many. Internationally recognised for capturing some of the most awe-inspiring images of Australia’s native wildlife and natural places, Steve Parish OAM is less known as the prolific speaker he has become on issues relating to creative motivation and mental health.

“There are major issues that are sweeping through our society with relation to anxiety, depression and much more,” said Steve. “I have been researching and actively involved in this space in my workshops and countless talks and discussions over many years.”

It is for this reason that Steve was specifically chosen by Wildlife Queensland to address a room full of those who appreciate not only nature but its capacity to inspire creativity, promote emotional wellbeing, and heal.

And with all that’s come to light in the media recently relating to women’s rights, perhaps there’s no better time to hear from a man on how women particularly can benefit from a greater focus on creative expression.

“Women are craving to bring purpose to their lives especially after having reared children. They represent 60 to 70 percent of my audiences and appear far less motivated to fear change. They also seem to have less rigid opinions,” he said.

“I see women as the main influencers of creative life for wellbeing, “said the photographer come speaker. “In my personal experience women are far more responsive, forgiving and open. They are caregivers who care about those they co-create with. As a result, they tend to learn quicker.”

Steve has recently concluded the 2017 SEA Library circuit where he discussed pain body, mind stories, dealing with anxiety and depression and major loss. All of his talks were booked out within 48 hours.

Held at, and proudly supported by, Hotel Urban Brisbane in Spring Hill, this year’s event by Wildlife Queensland will also feature a display of Steve’s photography, buffet brunch overlooking the Roma St Parklands and plenty of wild prizes to be won.

Those wishing to attend can book their tickets at TryBooking.com https://www.trybooking.com/book/event?eid=340115