Stunning view from the Mountaintop 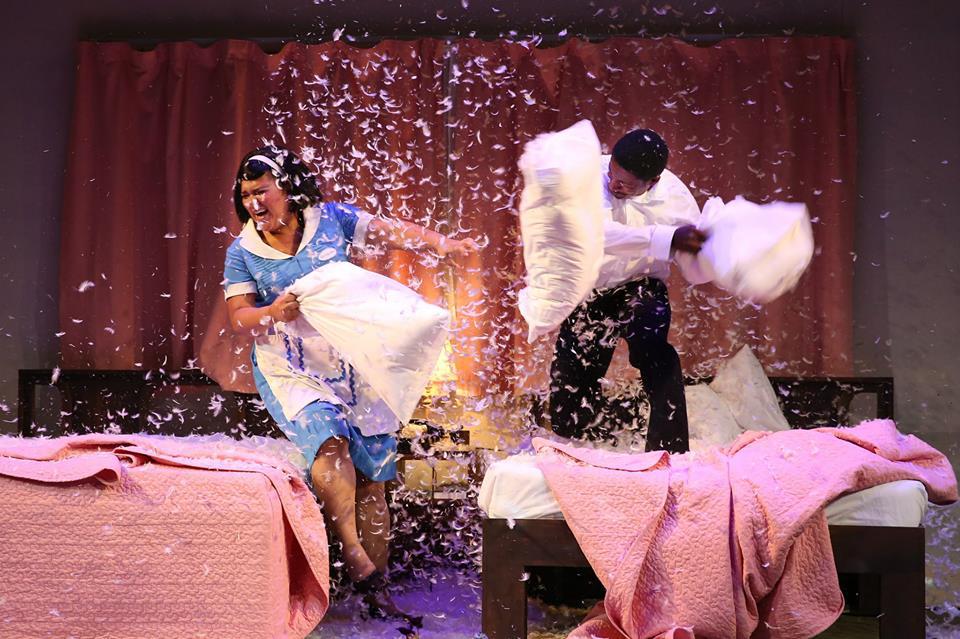 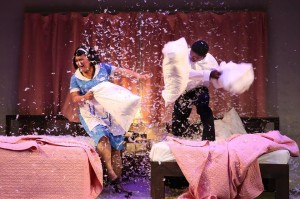 The immediacy of theatre gives it the capacity to draw you into the personal space of a good actor, and the great actors make that space unbelievably rich, complex and large.

Two actors in the single act Mountain Top take us on three separate journeys with an elegant simplicity that allows the audience to laugh, squirm and shout Amen with the direct engagement of a family dinner table.

The play by Memphis writer Katori Hall, launched in London in 2009 and surprised, impressed and moved audiences so it moved from a small playhouse to West End for a sell-out season. It subsequently picked up a swag of awards and a Broadway opening in 2011. Last year saw it play across America, including Memphis, where it is set.

Candy Bowers and Pacharo Mzembe play a maid and Martin Luther King Jr, spending the last night his life together at the Lorraine Motel in Memphis. The delightful, gritty characterisation of a weary Baptist preacher on the road with a pretty, naive girl in his motel room is funny, challenging and endearing.

Bowers plays the not-so-naïve maid with stunning finesse; deftly moving between flirtation, chaste admiration and womanly admonition. They discuss politics, sex, fidelity and smelly feet. She delivers a powerful footnote to history as a monologue that Martin Luther King Jr might have given had he the benefit of our hindsight.

And then the action changes pace remarkably. It would spoil your enjoyment to give away the detail, so I will keep my observations general.

In a virtual second act, King finds himself in serious trouble and their relationship moves to an altogether different level that confronts the big issues of mortality, purpose and achievement. The dialogue continues to flit between humour and philosophical depth with both actors finding their edge, and the audience’s, at different times.

The final section connects the ill-fated night in 1968 to our present, in a surreal journey which Candy Bowers carries with a simple but powerful rant that hovers somewhere between song, monologue and rap. The delicate staging unhinges our sense of space as the script telescopes time, reminding us how recent and connected that history is.

The play is clever, powerful and enjoyable. It’s central surprise annoyed some New York critics and excited others, but it was the performances that made this show for me.

Candy Bowers has complete command of her character and can turn from vamp to angel so subtly and simply you are simply connecting with a real human being. The play gives her some of the best lines and keeps her upstage of Pacharo Mzembe’s King for a surprisingly large chunk of the action.

Pacharo renders a very human but impressive King and carries the two components of his character comfortably. He is immensely likeable and calls up strong chemistry with Bowers in all the right places.

The production is seamless, with some simple but powerful effects used sparingly to drive home some of the more esoteric elements of the second part. The more dramatic effects of the final scene do a brilliant job of taken us on the journey into the mind of Preacher King. Not having seen the other productions I can only speculate on what the local production brings to the play, but that final scene has elements that resonate with other Honey Production performances and bring extra depth to that rendition of historical reality.

Given the significance and renewed relevance of King’s message, which is ultimately the plays’, it is unfortunate that it will mostly be seen by middle-class, middle-aged, white theatre goers, who are already largely sympathetic to the content and immune to its urgency.

In an attempt to redress this, QPAC is offering $40 tickets this Friday 7th March along with a free drink with Pach and Candy the Russell St bar after the show. Tell your friends to drop the codeword #THELATESHIFT when booking tix.