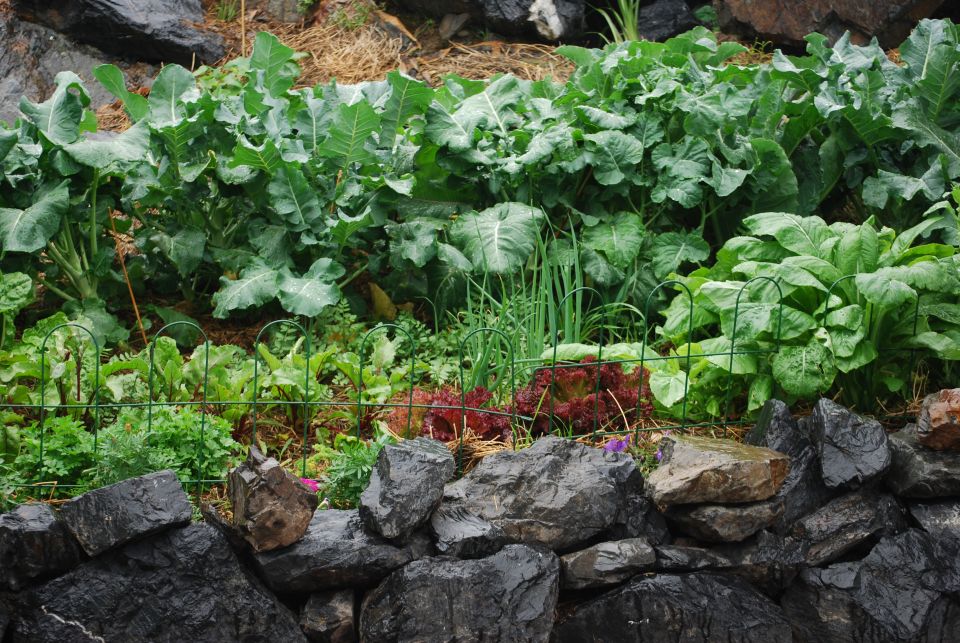 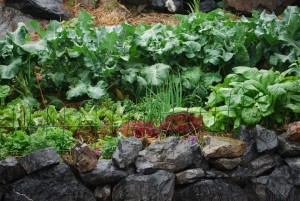 “The wife can leave you, the kids can grow up and leave home, the bank can repossess the farm – but the farmers’ friend (also known as Cobblers Pegs) will always be with you.”

David Bostock, Manager of the Boundary Street Markets, really feels the plight of the Australian farmer.

In his many years of running various markets around Brisbane, he’s gotten to know a lot of the farmers and market gardeners who use local markets to sell directly to the public, making a decent profit for themselves and avoiding the stringent terms and conditions imposed by the wholesalers and supermarket chains.

Farmers also now have to compete with an ever-increasing supply of cheaper, imported produce. David has heard a number of stories of local farmers being brushed aside by the wholesalers, while the imported produce gets priority.

He’s heard stories of local produce being kept in storage or green rooms for as long as 12 weeks, until the imported stocks are exhausted.

No wonder, he says, that Australian farmers are committing suicide at alarming rates, one every three weeks.

Dave Bostock says that customers sometimes express disappointment with the range of produce available at the Real Farmers Market, not understanding that the local farmers have been adversely impacted by seasonal changes lately – too much rain, loss of topsoil, crops damaged by extreme weather events, and access roads closed by floodwaters, etc.

The Real Farmers Market has now developed a solid core of farmers and market gardeners who attend regularly, the latest arrival being a group of Cambodian growers from Logan.

David is keen to expand the Farmers Market as far as space will allow, and is particularly excited by the concept of establishing a local produce exchange, where the many backyard farmers in Brisbane can bring their excess produce for sale or exchange. (See following story by Adrian Buzolic.)

David and Adrian are currently meeting up to iron out the details of the Produce Exchange. If you’d like to take part, or have any suggestions, feel free to call David on 0418 739 136.

The Real Farmers’ Markets operates every Sunday at the ABSOE site on Boundary Street. This is where farmers who grow produce can make direct personal contact with the locals who are going to buy and use it to stay alive and healthy. That’s so much more human than swiping a piece of plastic at a supermarket and walking away with some gladwrap and polystyrene packaged vegetable from somewhere you have barely heard of.

Farmers’ markets are environmentally responsible as well, minimizing the distance and hence the carbon and other pollutants it takes to get food onto our meal tables. It’s usually fresher and of a superior quality. But most importantly it’s humanizing rather than dehumanizing and that makes us feel both happy and real.

So might we not take this whole fine thing a step further? There is no more local a farm than the one in your neighbour’s back yard – unless of course it’s your own. And there’s no food fresher than the mango or the tomato you pluck with your own hands and rip apart with your own teeth. Unfortunately the daily urban tragedy is that so much of what we grow ourselves is wasted, rotting under trees or forced onto neighbours only to die a mouldy death in their crispers.

I know I’m not the only one to put a “please take” sign over a box of chokos on the street. So what I’d like to see at the Real Farmers’ Markets is a local produce exchange stall; produce from local gardens exchanged for other produce, a donation to charity or simply good will.

I’d be happy to bring along eggs from my chooks, honey from my bees and an arm full of greens from the garden. And if there’s nothing there that I need then I’m happy for it to be my contribution to a happier, friendlier and more human community. Who’s with me? It’s an insidious process though so beware. Before long we’ll be having local produce competitions and sharing recipes and gardening tips. From there it’s just a short step to total chaos and anarchy!