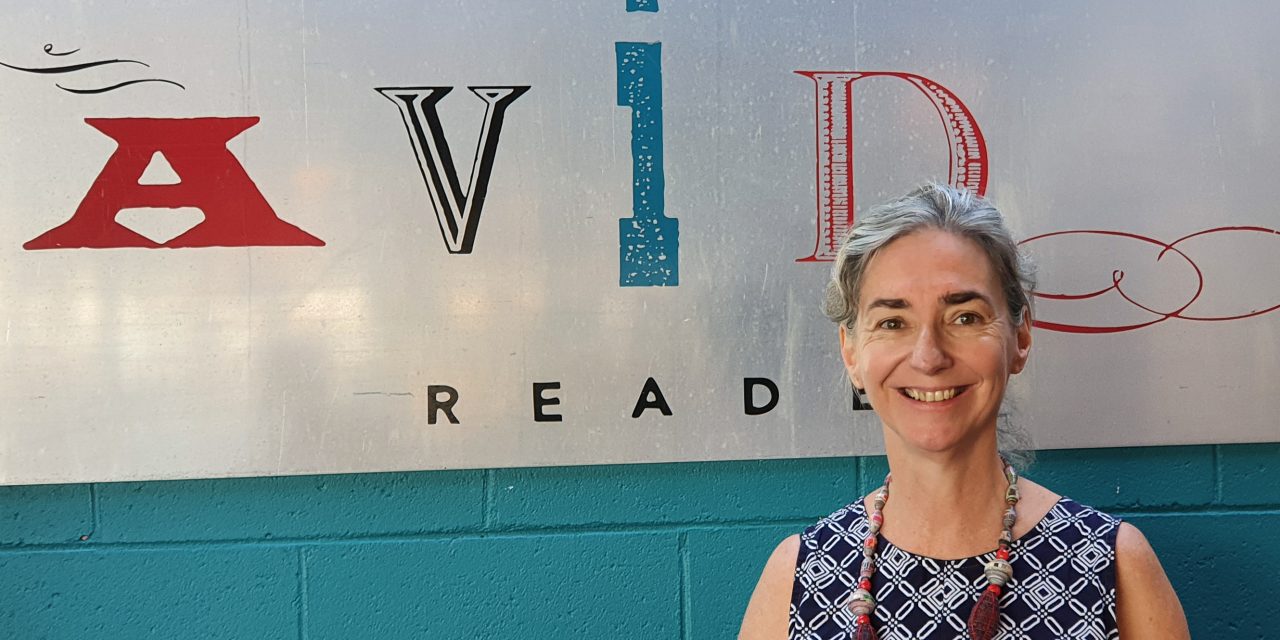 Fiona Stager of Avid Reader told The Westender that the main impact of the covid-19 health emergency has been on the shop’s events program.

“We’re very event driven …so that’s going to have significant impacts throughout the writing and publishing and bookselling industry”.

Hosting events has been one of Avid’s strategies to get people into the bookshop as a counter to the influence of the big online book retailers.

“The impact of cancelling events has been huge, not just for us, but of course, for authors and publishers,” Fiona said.

“We’re just afraid, I think. A lot of us don’t know what’s going to happen.”

Avid is enabling online purchasing with free delivery to the 4000 and 4101 postcodes, and also free delivery for all purchases over $50.

“…now we’re trying to be a lot more innovative. So, we’re going to test-run a Zoom book club on Tuesday night. And if that works, then we will look for key Australian writers, and we’ll do interviews with them. People will pay a nominal charge that will just be $5. We’re hoping that that will be something we can offer,” Fiona said.

A FaceTime Date at Avid

When I spoke with her, Fiona, had just set-up a FaceTime chat with her nieces who live in Germany.

If it works Fiona will advertise the option to customers who can come into the shop and FaceTime with relatives or family members who are self-isolating.

A key concern, ‘from the very first’, Fiona said, has been their staff.

She said that they are monitoring the situation of staff.

“… we know the people who are the ones who are paying mortgages, are the ones who are living at home with Mom and Dad. So, we will look at it individual by individual. I’ve already had a couple of staff come to me and say, I’m in the situation I can take leave without pay, which is incredibly generous. And so, we’ve already done that. So that then allows us to keep some of the casuals going…those gestures will never be forgotten”.

Fiona said that she is talking with other businesses along Boundary Street about a broader strategy for the precinct.

“…in my editorial that went out in the newsletter, which goes out about 14,000 people, I really encouraged people if they were shopping online, to buy from local businesses, either on their websites or to ring up…and we will pop something in the mail to you’.

“… I was really encouraging people to use businesses like a Tanos pharmacy, the Swiss Deli, A Perfect Potion, Open House, and then me”.

She says its challenging, but she does not want this to be a tipping point for local businesses.

“I don’t want it to be a world of Coles and Woolies, that’s my great fear, when this strip was already under considerable pressure”.

Fiona reminded me that it is local businesses who can provide the expert knowledge and  can take the extra time with customers.

“… unless you know kids’ books, it’s tricky to buy books for a two-year-old and a five-year-old”, so she said, people can phone Avid and get a personalised service. “And, you can’t do that with a whole lot of big online companies”.

“… look to us first and we’ll be there when we’re finished,” Fiona said.

Asked what books people are ordering, Fiona said that some of their bestsellers this week, have been books that feature epidemics such as Love in a Time of Cholera, by Gabriel García Márquez, Albert Camus’, The Plague and Blindness by Portuguese author José Saramago.

“They’re the books that people are going to, so they’re looking to fiction. Of course, I often think that’s where wisdom and knowledge can be found, in fiction.”

Fiona said that people are also looking for books on influenza, and anything that will help them understand the crisis.

And, she said, people are also looking for the fattest book that they can find. It’s a chance for people to read those classics that they’ve always meant to.

“And so, we’re selling lots of the classics, big fat books like Moby Dick and War and Peace‘.

People are also looking for kids’ books, especially people who are now home-schooling their children, educational activity books, and create and fun books.

“And so, we’re selling a lot of making do books and that’s what we’re also recommending as well,’ Fiona said.

What about other businesses

Fortunes are mixed for businesses along Boundary Street and can depend on their product.

Peter Marinelli from the Swiss Gourmet Deli said that his business has the capacity to deliver and as it’s a shop that sells staples, they are doing okay at the moment.

On Facebook Swiss Deli posted, “If you feel that you can not come to us, we will do our best to come to you. There are also a lot of other West End small businesses willing to do the same. So call from 7.30 am on 38442937”

The bars are particularly hard hit and are worried for their staff and the survival of their businesses. I spoke with the Manager at Catchment Brewing Company before Friday’s National Cabinet meeting, and he said he was worried that bars will be forced to close. He said Catchment Brewing  is one of the lucky ones, as they have the brewery to fall back on to some extent, but like other businesses, he will now be talking to his lenders and to the landlord to determine how they can stay afloat.

Other food outlets were equally worried, and some just did not want to talk at all. It is too much for them.

Koula from Sea Fuel told me they are concerned.

“It has affected the business a slight bit, just like everybody else”.

“But we are keeping up with providing a good service to our customers. We’re doing lots of disinfecting and every time someone leaves, the tables and chairs get wiped down. We distance people in the restaurant as well. We’re sitting them away from each other. We’re letting them choose where they would like to sit.

And the takeaway side of the business, which has been steady, is picking up.

“We have noticed a slight increase which is great, and we hope that keeps going, because we need that. I think every business needs it.”

Fiona’s partner Kevin is currently doing the Avid Reader book deliveries by bike, and Fiona wonders if Boundary Street retailers could combine their efforts to do join deliveries. For example, Fiona says, having a book from Avid Reader delivered along with your Portuguese custard tarts from The Swiss Deli. Sounds like a perfect combination to me.