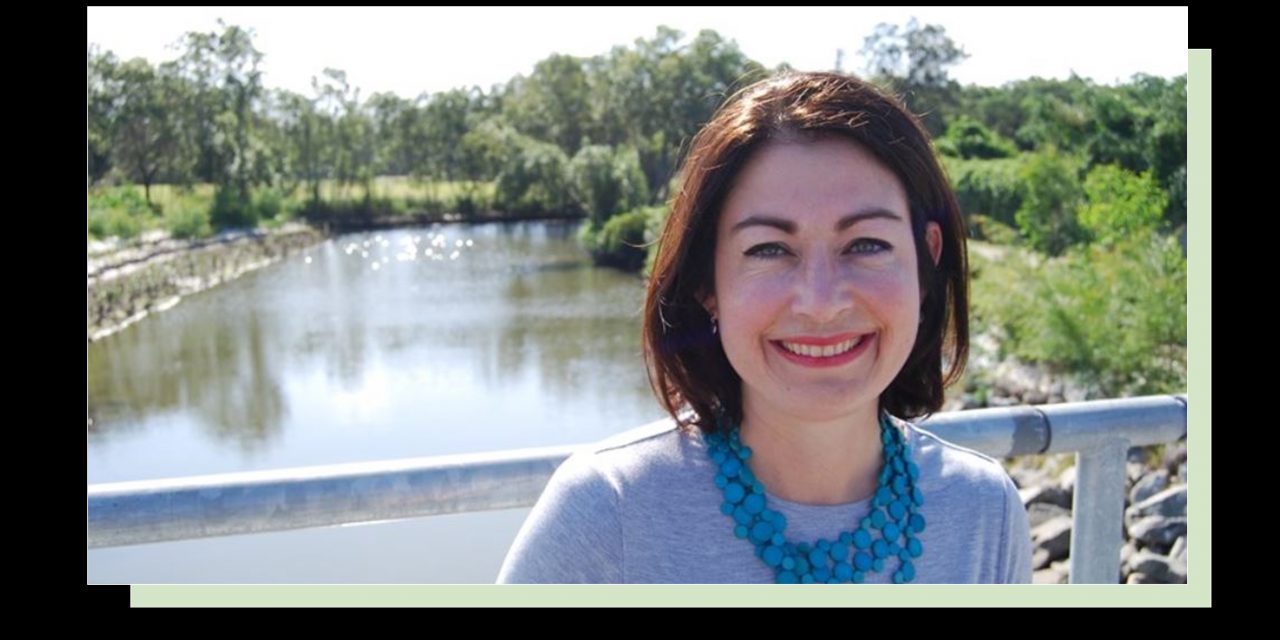 Labor and the Greens are both wanting to retain the East Brisbane Bowling Club in some form, but it looks like Council is determined to go ahead with their demolition plans. Do you know where we’re up to with this and do you think there is any hope for the club on the horizon?

The LNP Council is just as bad as the LNP in Federal Government as far as I can tell, there’s no difference between the Schrinner administration and the Morrison/Joyce government when it comes to caring about public facilities and public utility.

The tale of two community facilities. I’ve got one in Greenslopes [Red Cross Hall] owned by the Federal Government which they have allowed to run down to absolute disrepair over eight years: it’s full of asbestos and it’s a waste of a community facility, and it’s an utter disgrace. It was a lovely place and they’ve just left vacant, put up some of that green shade cloth material around the fencing, put up signs saying, ‘asbestos don’t enter’ and left it to rot.

And then we’ve got the Council who own this beautiful building at East Brisbane. It’s been used by the African community, it’s been used by Backbone Youth Arts, it’s a really good facility in an area where we just do not have enough community facilities, and again, they’ve let it decay. Now their plan is to use the fact that they’ve been very poor at maintaining as an excuse to get out the bulldozers and demolish it. I think it’s disgraceful. The thing that really adds insult to injury on this is that they went out for community consultation, and people told them that they wanted the building upgraded, and they took that piece of feedback, and they removed the word ‘upgraded’, and tried to spin it as if locals have called for it to be demolished. It’s just very, very sneaky behaviour from an administration that is obviously trying to justify demolishing this building. And frankly, I don’t trust them. I wrote to them, and I said, you guys have a longer-term desire to put up high-rises on this property. In 2014 right next door on the croquet club grounds, they tried to put up a 12-storey tower – there was a community campaign that defeated that. They said to me that they have no intention of putting up towers – the most weasel words of weasel words in politics; ‘we have no intention of’ that’s not a guarantee, that’s not a commitment. That’s nothing. I’m actually incensed about this. I think it’s quite disgraceful.

My electorate is quite big compared to a council ward – I can see across twenty-four or so suburbs, the impact of the densification allowed by the Council without commensurate maintenance of, let alone an increase in, community facilities. Now you see things like sports clubs having to argue over who gets to use fields. That’s a sort of level of conflict that are the consequence of this Council’s idea of getting rid of public spaces and allowing unchecked overdevelopment.

You have recently advertised for expressions of interest in the Stronger Community Grants. All Federal Members have an opportunity to engage with their communities about these particular grants. WECA and Kurilpa Futures have received grants in the past, what sorts of projects that are you wanting to see come forward in this round?

I want to see people’s best possible projects. I’ve only got twenty of these grants to give out. And so, you can imagine in a particularly active community with a lot of nonprofit organisations, twenty grants amongst hundreds of organisations, is not very many to distribute.

In the past, I’ve given approval to grants that are in arts, in sport, environment, education; they’re really diverse. The criterion for the grants is that they help to build community connectedness. So, I think that this time around, we’ll get some terrific things from everything to the Girl Guides to the Senior Citizens, to the local Cricket Club, to the local community arts organisation.

We’re providing an opportunity for community feedback about those projects. So, I’m saying send me a photo, send me a video to pop up on my website, and people can let me know what they think. And then I’ll consider all of that feedback.

I am really conscious of the fact that some of the organisations that service the more vulnerable populations, so for example, seniors’ groups, homelessness groups, disability groups, don’t have a big number of people that they can leverage to have them come and give me feedback about their projects. So, I want to strike the balance between projects that get a lot of groundswell of community support and also projects where the clients or members don’t have that much social capital maybe, but they’re incredibly useful.

I know from my own work as one of the conveners of the Parliamentary Friends of Meals on Wheels just how important Meals on Wheels is to combat loneliness, as well as to deal with seniors’ nutrition. I think possibly, the primary benefit is making sure that people have some way of alleviating loneliness, because there is quite a bit of loneliness in the community. And that’s been particularly worsened, I think, through COVID. That’s a project where you don’t necessarily want community feedback – you can see the merit in that.

To make sure that we balance out those considerations, I’m also going to form some views based on a really close look at the merits of those grants. Of course, we look at the merits of every single project that comes through, but that doesn’t mean the projects aren’t readily worthwhile. Some of them are terrific.

Has your nomination process for the Griffith Australia Day awards closed?

It has. We’ve got some terrific nominations. It’s always a bit of a balance, trying to try to get them early enough so that we can properly go through them and get ready to announce by Australia Day, and we were trying to make sure that we covered off giving me enough time to look at them that took into with the possibility of me having to travel and/or being in quarantine. So, we have closed them. But if any community organisations really wanted to put something forward but didn’t have the volunteer power at the time to write up the nomination, they should still feel free to give me a call. We haven’t convened our committee yet.

The Awards were initiated by Kevin Rudd as the local member back in 2000, and they’ve been running ever since. And they’re beautiful award. They’re really meaningful to a lot of people in our community. I’ve been committed to maintaining them and will continue to maintain the Australia Awards. A couple of years ago we decided to stop holding the ceremony on around Australia Day, and to put them on a little bit later in the year, because we want to make sure it’s as inclusive as possible for everyone.

These awards are important because they celebrate volunteers and people who are selfless. Most of them say “Oh, it shouldn’t be me, I shouldn’t even get this recognition, such and such does more for the club”. They’re that sort of person that is so modest, and so humbled when you tell them they’ve been nominated for this by their peers, that they’re still trying to put a lot of light on someone else. They’re just really lovely people.

I’m a bit of a sook, but harder people than me I think had a tear in their eyes at the last awards.

I republished something just the other day that Chris Dawson from Friends of South Brisbane Cemetery wrote about the value of getting awards. Do you think the value of these awards is in reminding the broader community of the work that people are doing in and for the community?

Chris and Tracey were recipients of the most recent ceremony for the work that they do at that cemetery – it is really phenomenal.

It’s two things. Firstly, telling people about the work that’s being done in our community. So, they find out about that work. People hear about these groups, and think, maybe I’ll get involved or isn’t that great, maybe I’ll go and see some of the restoration work that’s been done in the cemetery, for example.

The other benefit, of these awards is the demonstration value. Whether you’ve got an interest in the cemetery and the work being done to restore it or not, you can still take inspiration from the fact that there are people who work tirelessly to make sure that it is protected. And maybe that’ll inspire you to do something completely different. Some of these recipients are absolute inspirations for the community. You don’t have to raise $10 million dollars for charity – some of these guys who have received awards in the past, have run the homebrew club for 40 years, for no money and no benefit for themselves, but it’s brought people together around a common interest and built social cohesion and community. That sort of thing can be deeply inspirational.