The Dead Don’t Die makes us appreciate the details 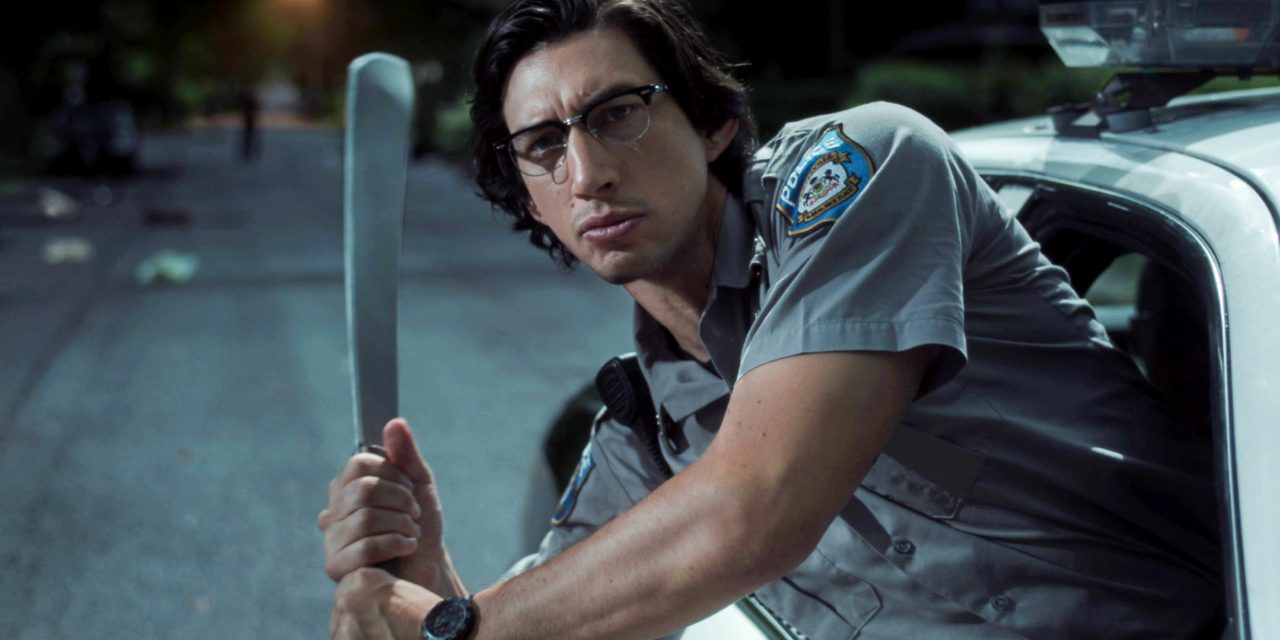 In a small American town, two police officers investigate the disappearance of a chicken.

But “something weird is going on,” Ronnie observes. Police radio and mobile phones won’t work any longer, daylight hours become unpredictable, and an immense, purple moon hoovers over little, peaceful Centerville. It is the ‘polar fracking’ in the Arctic that shifted Earth off its axis, and, hilariously so, would raise the dead from their graves. After all, the theme song is ‘The Dead Don’t Die’ recorded by Sturgill Simpson specially for the occasion, and our amiable officers have bought their own copy.

Opening film at the Cannes Film Festival on May 14, 2019, The Dead Don’t Die features an all-stars casting. Or shall I rather say that more idiosyncratic characters join the crew: Tilda Swinton as Scottish mortician and samurai Zelda Winston, Chloë Sevigny as Officer Minerva ‘Mindy’ Morrison, Steve Buscemi as Farmer Miller, or Selena Gomez as Zoe, the city girl, to name only a few. Deliciously clicheistic, Zelda is the Foreigner, Mindy cannot bear the sight of blood, grumpy Miller wears a ‘Keep America White Again’ hat, and Zoe is a commodity flirt. In their turn, the rising zombies appear more animated by the concerns from their mortal lives, such as coffee, Wi-Fi or Chardonnay, than by the brain dinning menu.

Writer and director Jim Jarmusch ticks off all the genre conventions but does not particularly engage with any. However, following the confirmed template is one of the secrets behind any well-balanced composition. For the scenes that seem not to have a point: “This might be precisely the point,” Jarmusch lover and dearest friend Angela whispers me.

“This isn’t going to end well,” Ronnie has been mumbling the recurring line for quite some time. He’s no prophet, but an educated postmodern young man who read the movie’s script in advance. “He only gave me our scenes. I never saw a complete script. After all I’ve done for that guy […] What a d*ck,” complains Chief Cliff, confirming my early suspicions:  they are all actors playing fictitious characters in a Jarmusch’s story. But with this, Ronnie and Cliff are also absolved from any expectation. Their awaited heroism is nothing more or less than the pragmatic choice of a filmmaker. Yet, there is hope in Jarmusch’s predeterminism: “The world is perfect. Appreciate the detail,” advises Dean (RZA).

Playfully ironic, The Dead Don’t Die is a zombie movie that doesn’t care all that much about the zombies. The politics and social satire hidden beneath a lighthearted approach, engage with deeper concerns about the Trump-era, climate change, racism and consumerism.

With a box office of 13,9 million USD, The Dead Don’t Die is Jarmusch’s most successful financial film so far. As for me, I enjoyed the self-awareness of the characters, together with the meta-textuality and self-referentiality of the script, which bring a conceptual touch that I’m highly appreciative of. It might as well be my academic soul, but I’d love to see it becoming a late Jarmusch’s signature film. 6.5/10

The Dead Don’t Die screens at the Brisbane Film Festival on Saturday 12 October and is currently screening in cinemas in Brisbane.