The LNP will preference the Greens in South Brisbane, but the Greens say, no deal. 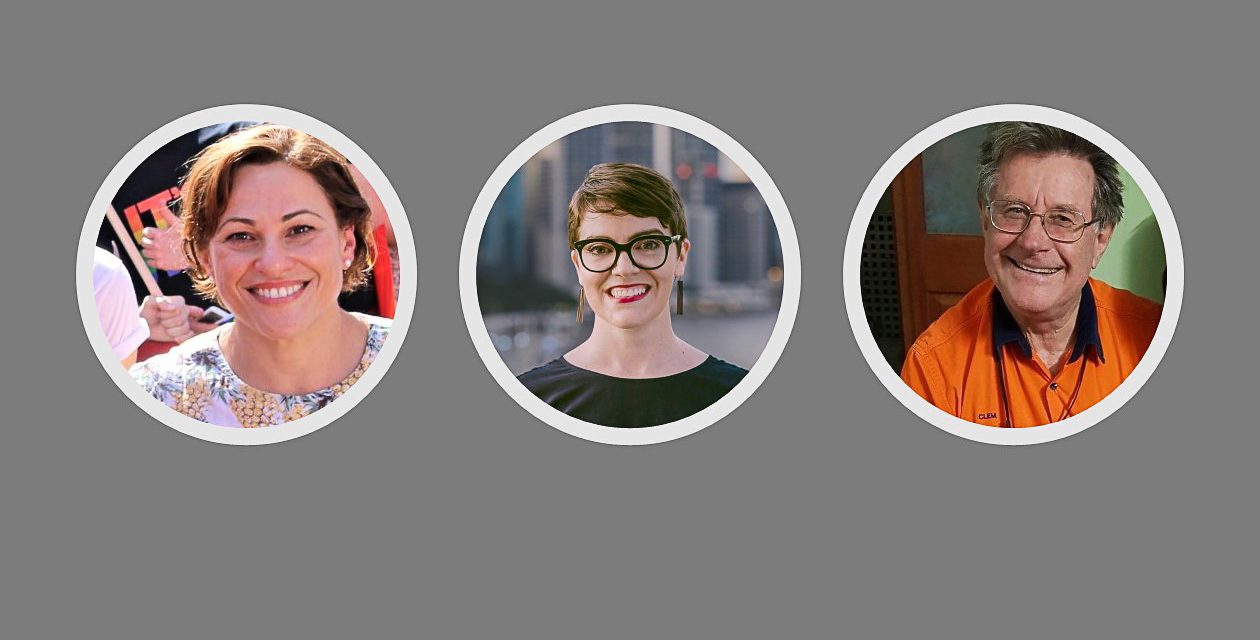 The Liberal National Party (LNP) declared, as far back as March 2019, that it will put Labor’s Jackie Trad last on its how-to-vote cards for the coming State election[1].

Clem Grehan for the LNP confirmed this week that his party would preference The Greens ahead of Jackie Trad in South Brisbane.

“The LNP party had decided to preference the Green’s over Labor’s Jackie Trad in South Brisbane, for reasons relating to Jackie’s poor understanding and management of agricultural issues and a plethora of other issues,” Mr Grehan told the Westender.

While other candidates[2] may emerge, at this stage, only three declared candidates are contesting the seat of South Brisbane in October: Clem Grehan for the LNP, Jackie Trad for Labor, and Amy MacMahon for The Greens. So, by putting Jackie Trad last, the LNP is essentially asking its voters to give their second preference to their traditional adversaries, The Greens.

Trad too Green for LNP

Jackie Trad is considered to have strong environmental credentials. Within Labor she is a staunch proponent for renewable industries, and she earned the enmity of farmers when as Treasurer she pushed for legislation to reinstate tree clearing laws repealed by the Newman Government.

In March 2019, the LNP leader Deb Frecklington supported her party’s decision to preference the Greens ahead of Labor, and is reported as saying that, as a Left powerbroker, Ms Trad is as “Green as Green” and “anti-jobs”.[3]

LNP  Deputy, Tim Mander, backed his leader, telling the Courier Mail[4] in 2019 that he would rather see a Green MP in the South Brisbane seat than Ms Trad.

His reasoning was more blatant: the preferencing decision is about getting the LNP into Government.

“There’s only two parties that can form Government in this state, that’s the Labor Party and the LNP.”

“It’s important for us to do everything that we can to make sure that the LNP is in power,” Mr Mander told the Courier Mail.

Predictions are that the election will be close in South Brisbane. There was a 10 per cent swing away from Labor to the Greens’ candidate Amy MacMahon in the November 2017 election, and Ms Trad was able to win the seat with LNP preferences.

Asked if the LNP is risking a Green’s win in the seat, Mr Grehan said he is reasonably confident that the LNP can win South Brisbane. He said that he beat Jackie Trad by 15% on primary votes when he stood against her in 2012.

“From our door knocking and getting feedback from voters, many many voters are pleased to see me back as the LNP Candidate and many former Labor voters have told me that they will be voting LNP at this state election, and they will not be voting Labor or Greens,” Mr Grehan said.

“We (South Brisbane LNP) are quietly confident that we can win this seat from Labor, and provide balance, progressiveness and positivity that the South Brisbane voter needs.”

Of course, voters are free to make their own decisions about who they preference. Former LNP Lord Mayor and South Brisbane resident, Sallyanne Atkinson, told the Westender last week, that she will not follow the LNP how to vote card, and will preference Labor ahead of the Greens in South Brisbane.

Mr Grehan said that it is Ms Atkinson’s choice.

“I welcome her support with her first preference, which is what I’m asking voters for to win the seat of South Brisbane,” he said.

The Greens: there’s no deal

The Greens are at pains to assure their voters that there is no deal between them and the LNP.

The Queensland Greens Convenor, Penny Allman-Payne, said in a press release last Friday that the Queensland Greens will put One Nation and the LNP last on their ‘how to vote’ cards in every seat in Queensland. She said that this decision is in response to a vote by Greens members.

The Greens often suggest that there is little difference between the LNP and Labor but they have categorically ruled out any power-sharing deal with the LNP, but not so with Labor.

“Because of the LNP’s commitment to job cuts, privatisation, and cuts to essential services the Greens would never provide confidence to an LNP government,” Allman-Payne said.

The irony of the LNP’s preference decision is that The Greens may benefit in South Brisbane because the LNP thinks the Labor candidate is “too green”, and stands in the way of an LNP victory in the election. For them, it is far better to have a Greens member on the crossbench, than to have Labor in power.

In Queensland state elections, we have full preferential voting (FPV).

FPV means numbering every box on the ballot paper in your preferred order. Unlike the first past the post system such as in the United Kingdom, the preferential system means that no candidate can win a seat with less than 50% of voters preferring them. That is, it requires the winning candidate to secure either an absolute majority (50%+1) of the primary vote or an absolute majority after the distribution of preferences.

The LNP has said it would like to bring in optional preferential voting for state elections as is the case for Council elections.

How is your voted counted?

The Electoral Commission of Queensland set out the following steps for counting preferences.

• “The first step is checking each vote is formal by ensuring all the boxes are properly numbered on the ballot paper.

• Polling officials then count first preferences by looking for the number one (1) next to a candidate’s name and allocating the vote to that person.

• Next, the person with the lowest number of first preference votes is eliminated from the count and their second preferences are allocated to the remaining candidates.

• Now, the next person with the lowest number of votes is eliminated and their preferences are distributed.

• This process of elimination continues until just two candidates remain and one has the majority of votes.

• Once the result is clear, the Commission declares the successful candidate.”

[1] In 2017 the LNP put The Greens last in all Queensland electorates. The LNP is yet to decide whether they will put Labor last in every seat in the 2020 State Election, although this is unlikely given the LNP thinks they have a chance to win back Maiwar from Michael Berkman.

[2] Of the independent and minor party candidates who stood in South Brisbane in 2017, Cameron Murray and Karagh-Mae Kelly have confirmed with the Westender that they will not be standing in 2020. Frank Jordan is standing against Tim Mander in Everton, and Karel Boele is not contactable.