The Secret is out: Avid Reader is Australia’s Top Bookshop 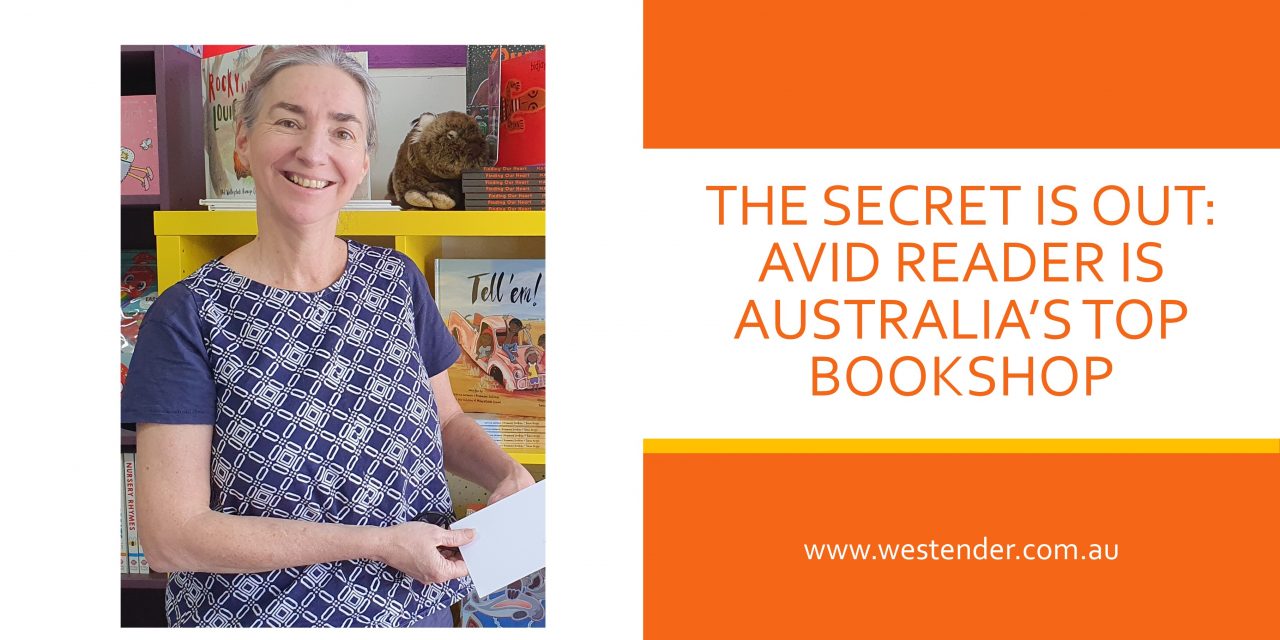 And to cap it off, last week, Avid Reader was one of only three bookshops globally to be shortlisted for the bookstore of the year award at the London Book Fair (LBF) International Excellence Awards.

The last time I spoke with Fiona Stager at Avid Reader was in March 2020, just as Brisbane entered its first COVID lockdown, and Fiona and her partner Kevin Guy were putting plans in place to keep the bookshop open. A bit over a year later, they are celebrating.

I asked Fiona whether at the beginning of COVID, she would have expected Avid Reader to be where it is today. Fiona says that the significant change during COVID is that people saw the value in the book and, importantly, the value in their local community focused bookshop.

“That was something that nobody could have predicted because this time last year, publishers were cancelling publication dates.”

The ability of Avid Reader to be agile and adjust quickly is one of their strengths Fiona said.

The lockdown in Queensland was not as long as expected, but Fiona said it has been more challenging to bounce back from the shorter snap lockdowns.

“We are very fortunate that we didn’t have those extended lockdowns as they did in Melbourne. What’s been harder to deal with is the uncertainty and the snap lockdowns, which we supported, but it took us a little bit longer to bounce back from those.”

“It makes it hard to plan. The uncertainty is very unsettling for everybody, having to go, “Oh, okay, we’re shutting. How long will that be for?”. And planning events: that’s been hard for publishers as well, whether they’ll fly people in or cancel flights and cancel events. That’s all very unsettling.”

Winning the ABIA Bookshop of the Year was an honour in such a difficult year, Fiona said.

“Any number of bookshops could have won for the things they did and are doing. One Melbourne-based bookshop not only survived COVID and a much harder locked down than in Queensland but they had also been actively involved in supporting victims of the communities that had been devastated by the fires. I think it’s easy to forget that that’s what we were coming out of. The Little Book Room had done amazing work before COVID.”

Australia has a robust independent bookseller’s market, Fiona said, where they make up to 25 to 28 per cent of the market. In the US, it’s about 10 per cent, and in the UK, it’s as low as 3 per cent.

“So, we’re fortunate, and I think the book industry knows that, and the publishers know that, but I don’t think maybe the rest of Australia knows how very fortunate we are to have such a strong, independent sector.”

“It means that we can debut the work of fiction authors. We’re not so reliant on the celebrity memoir like the UK is, and new Australian voices can flourish.”

Avid Reader did not self-nominate for the ABIA but was asked to respond to the criteria of their choosing. They chose ‘events’, ‘community engagement’, and ‘First Nations’.

Hosting events has been an essential strategy for Avid to get people into the bookshop as a counter to the influence of the big online book retailers. The COVID lockdown last March meant they had to move quickly to begin holding events online. The experiment worked and also gave the bookshop a wider reach. Now events are held as either face-to-face, online, or a combination of the two. Fiona said Avid hosted about 320 events in the past year.

Fiona said it has always been important to Avid Reader to foster First Nations voices through its events program, its Book of the Month, and book club titles.

Avid not only holds author’s events and discussion groups but also has a range of book clubs.

“Most bookshops that have survived and weathered the many challenges that we’ve had have had to do that.

It’s also crucial to the survival of independent booksellers that they cater for a broad range of customer interests.

“People ask what kind of bookshop we are, and I always say, “we specialise in being general.” I learned very early on that you can’t just sell books that you like. You can’t just put books on a bookshelf and think you’re going to make it: you have to have something for everyone.”

When she accepted the Award, Fiona gave particular thanks to the Avid Reader staff. Fiona and Kevin have fostered and nurtured local writers, many of whom have been on the Avid Reader team.

“Authors work in bookshops around Australia. I think it makes them good authors because they understand the market, and they are also excellent booksellers.”

“We’ve also had so many other people work here with talents in other areas as well. We’ve employed a lot of musicians and actors. And then there are people like me, who are none of those things, but we just enjoy being booksellers.”

Avid Reader is now in its 24th year in business, but Fiona says they had no idea what they were doing when they started.

“I’d had a secondhand bookshop, so I thought I knew books and the book industry, but it’s a completely different beast. We were under financed. We’ve had some pretty major financial challenges over the years for a whole lot of different reasons. So, there’s been some very tight times.”

But they survived the introduction of the GST, Amazon, and eBooks.

“Each one of those disruptors was going to destroy bookshops, but they haven’t. A lot of that is because of our ability and willingness to engage with communities through book clubs and events.”

Fiona is thankful to publishers for their support in the early days and for the embrace of the community.

“There’s been a lot of challenges. There has been lots of joy and laughter too.

“We’re really proud to be booksellers. We’re proud of what we do; I think everybody is here.”

The winners of the International Excellence Awards will be publicly announced later this month.