The sweet life at the 2021 Italian Film Festival 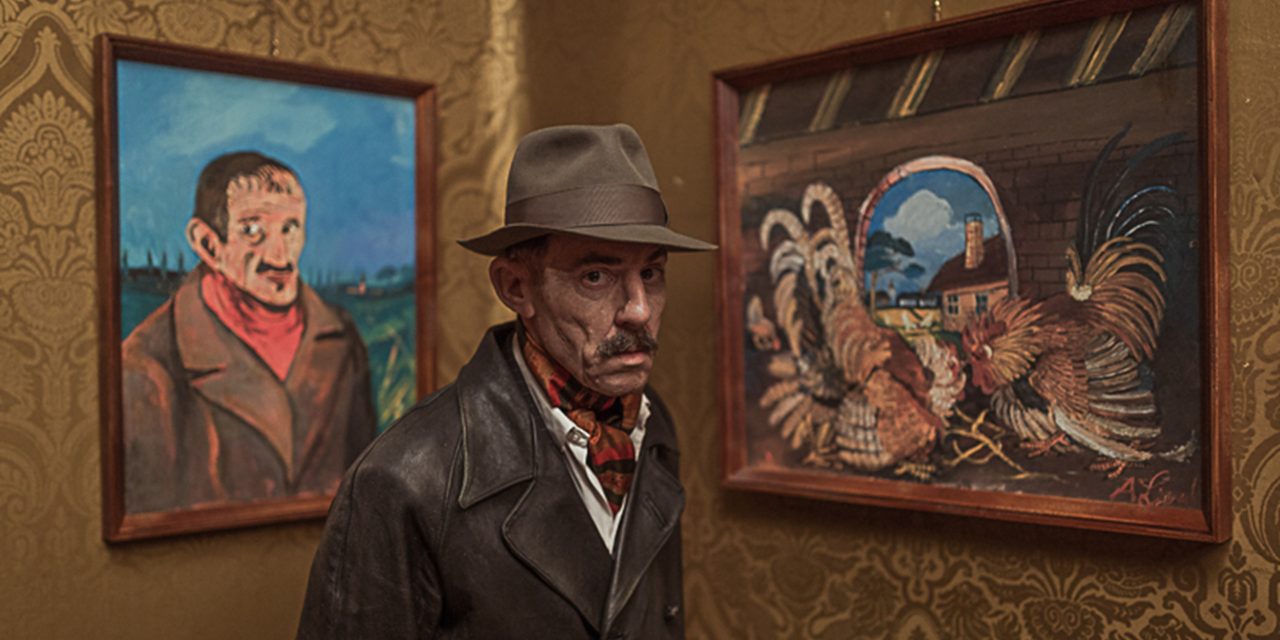 I don’t remember when I first ate pizza but it wasn’t at Lucia’s in my hometown of Adelaide’s Central Market. Lucia’s Pizza Bar, Australia’s first pizza restaurant (contested by Melbourne punters of course), opened in 1957 and is still run by the family of the original owners, Lucia Rosella and her husband Pasquale.

My first Italian language feature film was Federico Fellini’s La Dolce Vita of 1960 which, by the time it got to Adelaide, caught me and my high school mates in full puberty. Starring Marcello Mastroianni, Anita Ekberg and Anouk Aimée there was big-talk in our little group about its subject. As movie star Sylvia (Ekberg) says when prompted by a paparazzo to reveal what she likes most in life: ‘There are three things I like most, love, love and love’. We were intoxicated. Molte gracie, Fellini! What I didn’t know at the time was that the character of the annoying photographer, Paparazzo (Walter Santesso), gave his name to all subsequent intrusive paparazzi.

La Dolce Vita isn’t on the list for this year’s Italian Film Festival but the words form the sub-text of the event and Fellini gets an interesting showing in a 45 minute doco titled Fellini Forward: From the Creative Genius of Federico Fellini in collaboration with family and colleagues.

The films are divided into several groups and Marriage Italian Style, with Sophia Loren and Mastroianni, is in the boldly titled ‘Italian Goddesses’ section. The three other films in this small selection are Buona Sera, Mrs. Campbell (1968) with Gina Lollobrigida in an award-winning comedy role; Rossellini’s Rome, Open City (1945), with Anna Magnani and presented in a 4K digital restoration; and Luchino Visconti’s The Leopard (1963) staring Claudia Cardinale continues to stun with its grande romance, sadness and beauty having lost little of its power almost six decades after its Cannes premiere. (Leopard was last shown in Brisbane in mid-2019 as part of a Visconti program at GoMA’s Cinemateque.)

Of the two remaining two core sections — ‘Roberto Rossellini Retrospective’ (four films) and ‘New Italian Cinema’ (16 films) — it’s the latter that’s at the power-side of the Festival. Two of the 16 are from female directors: Laura Muscardin’s Cam’s War (2020) set in a future world where disasters have destroyed all human infrastructure plunging the planet into a dark age, and Elisa Amoruso’s semi-autobiographical Sirley (2020) which chronicles a young girl’s plight as she strives to make sense of her place in the world.

In the new cinema selection I have so far seen Claudio Noce’s Padrenostro and Giorgio Diritti’s Hidden Away, both from 2020, both are quite intense dramas and both directors have a close personal interest in their subjects.

Set in Rome in 1976, the social turmoil and violence of Italy’s ‘Years of Lead’ (1969 to the late 80s) are at the heart of writer-director Claudio Noce’s semi-autobiographical third feature Padrenostro (‘Our Father’). It’s an intensely personal story inspired by his own family drama that views a harsh adult world from a child’s perspective. Noce’s father was Rome’s deputy chief of police who was attacked and shot by a left-wing terrorist group when he was a boy. He carried the trauma all his life, he says, before finding a catharsis of sorts with the making of Padrenostro. 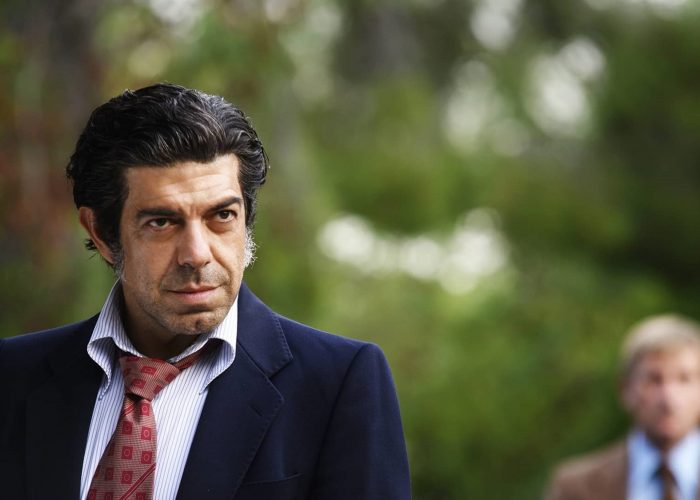 Valerio (Mattia Garaci) is ten, strikingly blonde in a dark-haired family, and has a vivid imagination. When he witnesses, together with his mother Gina (Barbara Ronchi), the attack on his father Alfonso (Pierfrancesco Favino) by a terrorist group, his childhood is turned upside down. From that moment on, fear and a sense of vulnerability leave a dramatic mark on the whole family. Valerio dotes on his father and vice versa and at school, when a fellow student says that his father’s not a hero but vile, a fight ensues. But it’s in those difficult days that Valerio gets to know Christian (Francesco Gheghi), a boy not much older than him. Solitary, rebellious and bold, he seems to have appeared out of nowhere. Their encounter in a summer full of discoveries changes their lives forever.

At certain moments in the film you feel it might be wise to take Alfonso’s calming advice to his son and ‘breathe from the belly’.

Padrenostro is a well-paced and finely tuned film that includes a line-up of accomplished and semi-familiar Italian actors, and the two younger actors, Garaci and Gheghi, are very convincing. The location of Valerio’s grandparent’s idyllic country property and nearby ocean beach — all beautifully filmed in summer light — are a perfect foil for the earlier frantic street scenes of Rome. Sections from Vivaldi’s The Four Seasons, some Italian pop music from the 1970s and original music from composers Ratchev and Carratello make up the evocative score.

Hidden Away, a film directly inspired by the life and times of Antonio (Toni) Ligabue (1899-1965), is an emotional journey through the artist’s life. Born in Zurich with physical and mental impairments from an Italian emigrant and immediately abandoned in an orphanage, it’s a painful story. The film’s Italian title Volevo Nascondermi translates as ‘I wanted to hide’.

The opening scenes are dark and sinister. We see Toni in a sanatorium with a doctor firmly asking him to be ‘tranquillo’. In fact, in several other scenes he’s asked to be calm or calm down, but he can’t. In a flashback to his youth, following several altercations, his junior-school teacher screams at him: ‘You’re a mistake, you don’t deserve to exist’. But, despite a multitude of trials, exist he somehow does. Job would have admired him. There are some fleeting moments of respite: ‘Each life has a meaning’, a minister tells the young Toni who just stares back.

It’s mostly a relentlessly bleak story and, without the brilliance of Elio Germano in the lead role, it would be much harder to watch. There is, however, redemption through art and creativity — even in Fascist Italy. In 1919, when he was 20 and after various complaints, the real-life Ligabue was expelled from Switzerland and sent to Gualtieri in Italy where he lived with support from the City Hospice for beggars. Later he was taken in by a kindly couple who gave him sustenance and, when they saw he was attracted to painting, gave him oils and boards to paint on.

Meeting the sculptor Renato Marino Mazzacurati (in 1928) set Ligabue on a path to something approaching liberation as he’s convinced to take up oil painting in earnest as well as sculpture in clay. Ligabue’s art developed in imaginative ways and by 1948 he’d become an artist feted for images of a fantasy world of tigers, gorillas and jaguars — albeit still marginalised and mocked at times with the old terrors reappearing. In 1961 his first solo exhibition was held at La Barcaccia gallery in Rome.

Delving with honesty into the artist’s dark and horrific visions — coupled with a remarkably brave and visceral performance from Germano — director Giorgio Diritti has delivered a deeply passionate biopic about Toni Ligabue, an extraordinary figure in modern art.

IFF 2021 may be a modest festival but it’s a well-considered compilation of new and older movies linked with classic Italian themes and fine music.